Mark Noble took Irish youngsters into consideration when deciding to turn down the opportunity to play for Ireland.

Noble is eligible to represent the Republic of Ireland through his Cork-born grandparents and he has long been touted as an option for the Irish national team, despite representing England at U16, U17, U18, U19 and U21 levels.

The West Ham midfielder recently witnessed a teammate go through a similar dilemma of international allegiance, when Declan Rice eventually opted to declare for England after a drawn-out tug-of-war for the 20-year-old.

END_OF_DOCUMENT_TOKEN_TO_BE_REPLACED

Noble may have played a role in Rice's decision, having spoken to the versatile midfielder about the subject.

And in a recent interview about Rice, Noble revealed that the reason he personally didn't take Ireland up on their offer was because he wouldn't feel comfortable leapfrogging Irish-born players whose life dream was to pull on the famous green jersey. 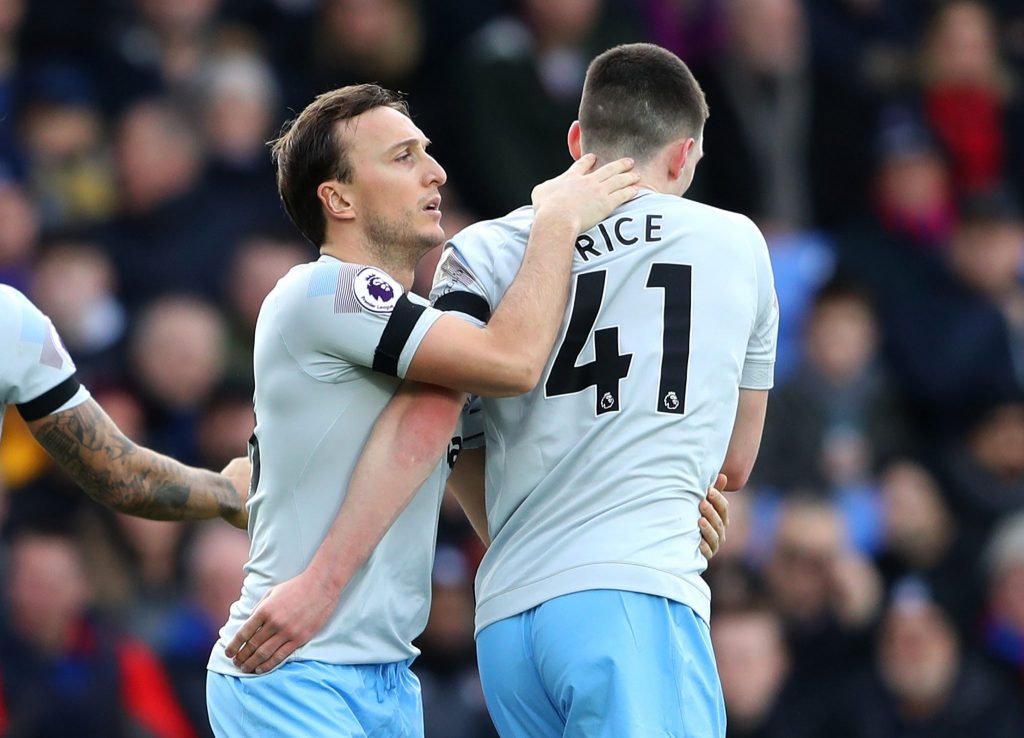 END_OF_DOCUMENT_TOKEN_TO_BE_REPLACED

"He knows where I am if he wants to talk, but he’s such a level-headed young man. He knew what was coming, but he didn’t rush into things and buckle to peer-pressure.

"I said to him, ‘Look Dec, I had a chance and spoke to Ireland’, and for me it was that I grew up and played in all the England youth teams until the Under-21s, and I didn’t ever dream of playing for Ireland.

"That’s no disrespect to Ireland; they’re a fantastically proud nation – I’ve got a lot of family from there and you can imagine the pressure I got from my family.

"But I didn’t dream of playing for them.

"The thought of being chosen over an Irish player who had dreamed of playing for Ireland… that didn’t sit right with me.

END_OF_DOCUMENT_TOKEN_TO_BE_REPLACED

"I made my decision and I stuck by it, and Declan has had to do the same now.

"He’s got the pressures of social media and the abuse you get on that, but if he’s going to keep playing the way he does while he’s under this pressure, then keep on at him, I’d say!"


popular
Man United could be blocked from playing in the Champions League next season
Ireland team vs. France: Form players rewarded and a welcome return
Lionel Messi makes decision on Barcelona return
French media's opinion of this Ireland team becomes clear as vital clash nears
Clive Woodward happy to 'eat humble pie' after bold comments about Ireland
"I should have been more mature" - O'Sullivan's injury trail a cautionary tale for Sigerson casualties
Eight players to watch in tonight's Sigerson Cup semi-finals
You may also like
1 month ago
Evan Ferguson praised after Brighton striker matches feat by Premier League legend
1 month ago
Evan Ferguson: All you need to know about Ireland's newest striker
1 month ago
Roy Keane cracks ice cold Ireland joke after France lose World Cup final to Argentina
1 month ago
Ireland reportedly line up Lee Carsley as next national team manager
2 months ago
Talksport presenter puts Martin O'Neill to the pin of his collar over Declan Rice and Jack Grealish
2 months ago
UEFA fine FAI €20,000 for Ireland dressing room song
Next Page