Marcus Rashford dismisses suggestion he was 'fuming' over Spurs selection

Marcus Rashford has publicly dismissed the notion that he was "fuming" with Ole Gunnar Solskjær's team selection against Spurs on Saturday.

The Manchester United and England forward quote tweeted a piece for the MailOnline's sports section, which quoted former United man Owen Hargreaves as telling Premier League Productions: "I think you could see that in his celebration, he was fuming" after the match.

Fuming at the manager??! We won the game 🤷🏾‍♂️ that celebration was pure relief! It’s been a hard week… https://t.co/qHCg5x268u

As you can see, Rashford didn't even remotely entertain the suggestion, stating instead that his celebration was "pure relief" after what everyone at the club had admitted was "a hard week". 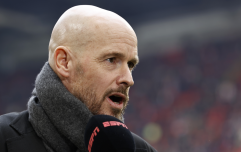 END_OF_DOCUMENT_TOKEN_TO_BE_REPLACED

As he rightly points out, the Red Devils went on to win the game 3-0, with the number 10 coming on in the 71st minute and going on to land the third and final blow. Hardly much to criticise the manager's tactics for when his decision to bring him off the bench against tired legs helped kill the game.

This was Rashford's third goal in four appearances since returning from injury and his second in just 106 Premier League minutes under his belt. His omission from the squad was likely a combination of tactics, managing his minutes as he settles back in and simply an unavoidable selection headache given the wealth of attacking talent currently at the club. 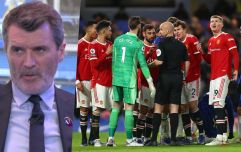 END_OF_DOCUMENT_TOKEN_TO_BE_REPLACED

Even prior to the 5-0 defeat at home to Liverpool, there had been rumours surrounding the mood in the Man United dressing room and whether the players still have confidence in the Norweigan manager. However, both Ole and Paul Pogba came out to slam pure lies from The Sun and captain Harry Maguire has also thrown out the rumours as rubbish.

While the derby was, of course, an unacceptable performance all-around (the team themselves being the first to admit it), we do seem to have entered yet another one of those familiar periods filled with endless speculation surrounding one of the biggest teams in the world going through a rough patch.