It looks like Chris Smalling’s days at Manchester United are limited.

José Mourinho is willing to listen to offers for Manchester United defender Chris Smalling according to ESPN.

Sources told the site that the Portuguese manager has opted to keep Phil Jones at Old Trafford, sacrificing Smalling.

With United reportedly interested in Burnley’s Michael Keane and a move seemingly imminent, there may not be room for Smalling. 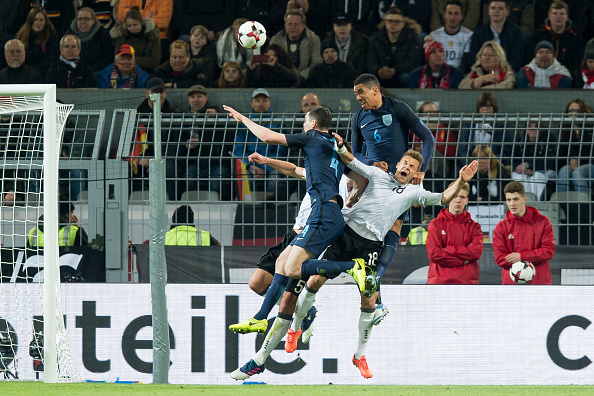 END_OF_DOCUMENT_TOKEN_TO_BE_REPLACED

Although there is a chance the England international may start Wednesday’s Europa League Final, he is far from Mourinho’s first choice centre back.

Eric Bailly has established himself as the nailed on starter for Manchester United after impressing in his debut season but will not be eligible to play in the final due to suspension.

United’s other centre-halfs, Jones and injured Marcus Rojo, appear to be ahead of Smalling in the pecking order and he would be pushed further down the list if Keane’s move materialises.

Smalling’s season has been marred by injury and has come under criticism from Mourinho throughout with the manager not pleased with how slow Smalling has been to return from injury.