Manchester United have had a couple of fantastic No.16s since Premier League squad numbers were brought in - Roy Keane and Michael Carrick.

Keane had it from 1993 until his 2005 departure from the club. Carrick was offered the jersey by Alex Ferguson in 2006. As the now retired midfielder told the BBC:

"I said, 'Yeah, no problem'. And literally, that was the conversation. I really didn't give a monkey's, to be honest. It really didn't bother me one bit.

Both Keane and Carrick did the jersey proud. That No.16 became vacant when Carrick officially retired at the end of 2017/18. It has now been passed to one Faustino 'Marcos' Alberto Rojo. 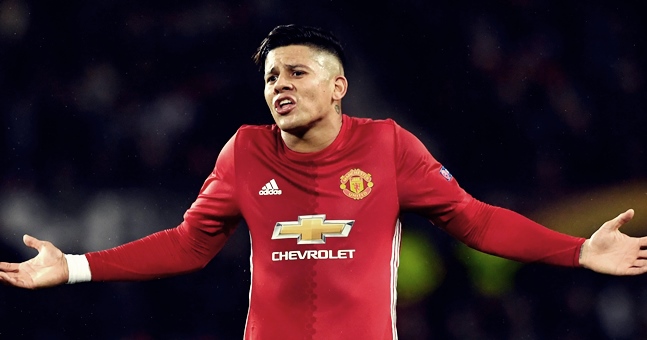 The Argentina defender looked set to leave Old Trafford after four years with the club but was retained after United failed to bring in any other central defenders. Rojo can cover the full-back slots as well as lining up in the centre of a back three or four.

END_OF_DOCUMENT_TOKEN_TO_BE_REPLACED

Everton looked prime to beat Wolves to his services but Rojo is not finished at United yet and has switched from No.5 to No.16. That may suggest, to some, that the 5 jersey was being freed up for a new acquisition but it remains vacant ahead of the new season.

5 is the only of the traditional Starting XI jerseys not filled after United released a list of their new and updated 2018/19 squad numbers. Marcus Rashford has taken the No.10 jersey [he was previously 19] while Andreas Pereira is the new No.15.

Three players out on loan [listed below*] have been given squad numbers as has Ireland U21 goalkeeper Kieran O'Hara, who will wear No.46 when called up for first team duty. Matteo Darmien is down at No.36 and may yet be loaned out to a Serie A club before their transfer window closes on August 17.

END_OF_DOCUMENT_TOKEN_TO_BE_REPLACED

United kick off their Premier League campaign against Leicester City at Old Trafford on August 10.


popular
Javier Hernandez offers to play for Manchester United for free
Mario Balotelli, Luis Suarez, Fernando Torres and why Rio Ferdinand "hated them"
"I don’t trust you" - Joey Barton delivers brutal dismissal of Irish defender
"I remember just hugging this Irish guy" - How one Kiwi rugby star reacted to Ireland's historic series win
Down county football is in tatters, but Conor Laverty is the man to piece it back together
"I'll ask for everyone that comes to the game to wear purple and roots for us" - Pat Fitzgerald
Gatecrashed interviews and chip-shop previews - Wexford GAA's online coverage sets the standard