It was far from pretty and much less intense than Monday night's win over Liverpool, but United got the job done. There are a few stand-outs in our Man United ratings.

Manchester United recorded ended a seven-game losing slide, away from home in the league, as they produced a dogged performance to see off Southampton at St Mary's.

END_OF_DOCUMENT_TOKEN_TO_BE_REPLACED

United looked the better of the two sides in the opening 20 minutes and their best chances fell to Anthony Elanga, Bruno Fernandes and Christian Eriksen in the space of about eight frantic seconds. Bazunu, Kyle Walker-Peters and Armel Bella-Kotchap all stepped up with big blocks and it remained scoreless by half-time.

"How on earth did Manchester United not score?!" 🤯

Gavin Bazunu and his Saints teammates pulling off miracles pic.twitter.com/t3Y0jqGQH0

END_OF_DOCUMENT_TOKEN_TO_BE_REPLACED

Erik ten Hag stuck with his starting XI for the start of the second half. His faith in those players was rewarded, on 55 minutes, when Diogo Dalot picked out Fernandes and the United captain finished on the volley.

United had been planning on bringing on Cristiano Ronaldo and Casemiro but the Fernandes goal saw them both head back to the bench. On the hour mark, Southampton were wailing for a penalty when Che Adams controlled a high ball and it ricocheted off the arm of the nearby Scott McTominay. Those appeals were waved away and a VAR check backed up the call.

Both managers made late substitutions and the home side finished strongly in the final 15 minutes, but could not fashion any clear-cut chances until injury time. Sekou Mara had an overhead kick that Diogo Dalot hacked off the line, and victory was United's. 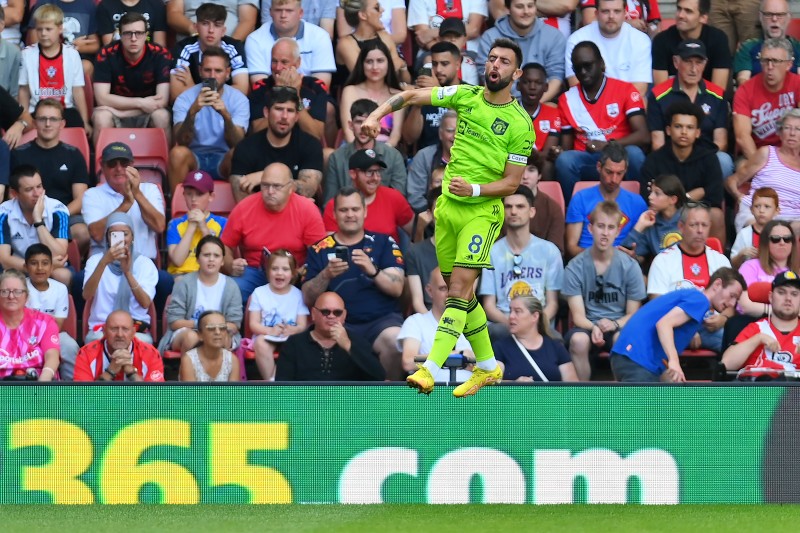