United had discussed the chances of signing Trippier this month.

Manchester United were reportedly preparing to launch a bid to sign Atletico Madrid's Kieran Trippier in the January transfer window - only for his 10-week ban for betting offences to scupper any potential move.

According to The Athletic, United are interested in signing an alternative right-sided full-back during this window to provide Aaron Wan-Bissaka with competition and to offer more attacking threat. Trippier is said to have been top of Ole Gunnar Solskjaer's list, with a deal even being discussed internally.

However, the FA's decision to issue the player with a 10-week ban for breaching betting regulations has all but ended any chances of the move happening - despite the fact this has now been suspended after Fifa intervention. 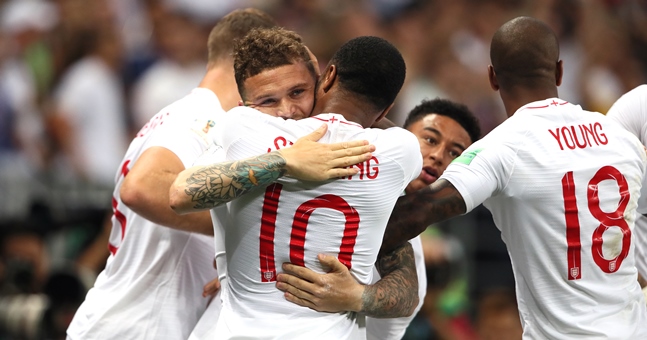 The Bury-born England international was a product of Manchester City's youth academy but left the club for Burnley. He later moved to Tottenham in 2015 before making a switch to Atletico Madrid in 2019. United believed the opportunity to return to the north-west would have appealed to the player, but the same report claims meeting the Spanish club's £20m asking fee may have proved problematic.

END_OF_DOCUMENT_TOKEN_TO_BE_REPLACED

Chances of United reprising their interest in Trippier this month appear slim, but with 18 months remaining on his contract at Atleti, a move to Old Trafford may be more viable in the summer window.

United play their first FA Cup game of the season this weekend, welcoming Watford to Old Trafford for the third-round tie. After that, they return to league action at Burnley, where they will replace Liverpool at the top should they avoid defeat.


popular
Roy Keane's first impression of Cristiano Ronaldo proved to be very accurate
The SportsJOE 12 o'clock quiz | Day 290
The 14 Irish players Down Under as TG4 come up with the goods once again
Lady Gaga will perform Satanic ritual during Super Bowl halftime show, according to conspiracy theorist
Joe Rogan reveals he could be parting ways with the UFC
The SportsJOE 12 o'clock quiz | Day 289
"I kind of decided on Hill 16, 'you're either going to do this or you're not going to do this.'"
You may also like
4 days ago
Redemption for Victor Lindelof gives United supporters another reason to believe
4 days ago
Jurgen Klopp calls Man Utd style 'the worst thing you can face in the world' after draw
4 days ago
Jordan Henderson says Liverpool were frustrated by "strange" half-time whistle call
5 days ago
Liverpool fans complain at timing of half-time whistle in Man Utd draw
5 days ago
Scapegoats stand up for United as Liverpool's profligacy continues
6 days ago
Alex Ferguson's dismissive comments confirm truth about Jordan Henderson
Next Page