Many people will have been surprised to see Gareth Bale issue quite an explicit come and get me plea immediately after the final whistle of Saturday night's Champions League final, but it should come as a huge shock.

Bale has not been content at Real Madrid for a couple of seasons now, after losing his place in the starting line up to Isco during his time on the sidelines and struggling to get it back due to the Spaniard's exceptional form, particularly towards the end of the 2016/17 season. 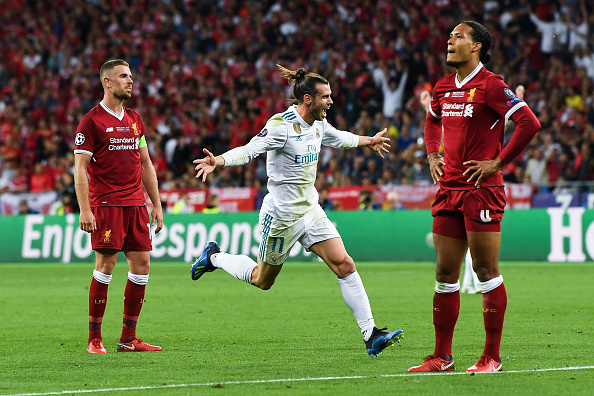 "Obviously I was very disappointed not to start the game, I felt I deserved it but the manager makes the decisions," Bale told BT Sport.

"I need to be playing week in, week out and that has not happened this season. "I had an injury five, six weeks in but I've been fit ever since. I have to sit down with my agent in the summer and discuss it."

END_OF_DOCUMENT_TOKEN_TO_BE_REPLACED

There are a finite number of clubs who would be able to pay Bale's high wages, reported to be around £350k per week, and fit him into their squad. Manchester United are one of the main candidates. They have always been keen on bringing Bale to Old Trafford.

They could finally get their man this summer, as Spanish newspaper AS report that they are preparing a bid in the region of £120m - which would eclipse the £90m fee United paid for Paul Pogba in 2016.

Bale has also been linked with a return to former club Tottenham Hotspur. But they are unlikely to match Real Madrid's asking price or be prepared to meet Bale's wage demands.

Jose Mourinho would have to find a way of fitting the forward and January signing Alexis Sanchez into the same team. But if he could strike the right balance, United would have a frighteningly good attack and would hope to mount a more threatening title challenge than they managed in the 2017/18 season.


popular
"When Sean Boylan was around, you didn’t need a psychologist or a counsellor - he did it all himself"
The SportsJOE 12 o'clock quiz | Day 136
The daily diet of Manchester United midfielder Jesse Lingard
COMPETITION: Answer this survey for a chance to win a fabulous stay at the Trident Hotel in Kinsale
The diet of a modern day rugby player compared with a top jockey
James Ryan's misfortune opens Leinster and Ireland doors for Ryan Baird
A starting XI of the best free agents available this summer transfer window
You may also like
20 hours ago
The daily diet of Manchester United midfielder Jesse Lingard
1 week ago
"I was the monkey on his back, all the time" - How Clough handled Keane
2 weeks ago
'Cristiano Ronaldo broke David De Gea back in 2018'
3 weeks ago
Victor Lindelof is 90% perfect, but it's the rest that kills you
4 weeks ago
"Luis Suarez made a big mistake and we, as a club, got it wrong" - Jamie Carragher
1 month ago
'Pogba seems to really appreciate having someone in there who's taking the limelight'
Next Page