A fan complained after members of the crowd allegedly mocked a Wolves player for his height.

Manchester United have sent a warning to a section of fans who attended the home fixture against Wolves on January 3, after discriminatory language was allegedly directed towards a Wolves player in relation to their height, according to reports.

The Athletic report that an email was sent to members of the Old Trafford crowd who were sat in the specific area where the abuse was thought to have come from.

END_OF_DOCUMENT_TOKEN_TO_BE_REPLACED

Due to the fact that the complaint was made after the game, it was not possible to identify individuals responsible for the abuse at the time of the alleged incident.

Therefore, an email was sent to supporters in one area of the ground to remind them of United's anti-discrimination policies.

The email was prompted after a fan heard other members of the Old Trafford crowd mocking a Wolves player for their height - leading to them filling a complaint to the club. 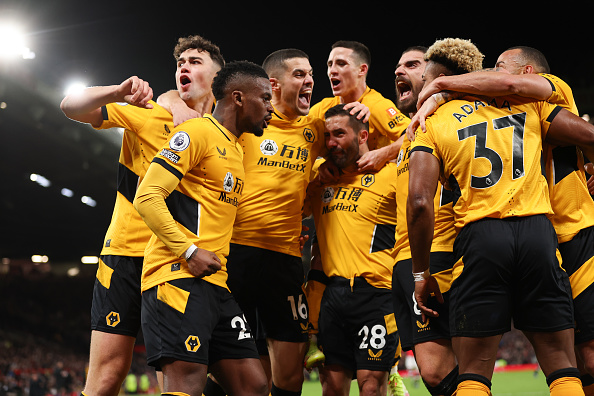 END_OF_DOCUMENT_TOKEN_TO_BE_REPLACED

United's email read: "Thank you for your attendance at the Premier League fixture between Manchester United and Wolverhampton Wanderers on 3rd January 2022.

"The club have been made aware that a section of the crowd at this fixture used discriminatory language that was directed towards a Wolverhampton Wanderers player in relation to his height.

END_OF_DOCUMENT_TOKEN_TO_BE_REPLACED

The statement also says that if fans "witness this type of prohibited discriminatory or offensive behaviour" they should report it on the club's website.

Bruno Lage's side secured a memorable victory over United with the 1-0 win earlier this month, with Joao Moutinho scoring the winning goal in the 82nd minute.