Aaron Connolly will be hoping to take the frustration of this game out on New Zealand later this week.

There was a moment in the 92nd minute, just after he had slid to clear the ball and prevent Anthony Martial another shot on goal, when Shane Duffy bent double and tried to take a moment.

United led 2-0 at half-time through an Andreas Pereira goal and what looked to be a Scott McTominay effort that the Premier League Match Centre boffins somewhat harshly credited to Davy Propper as an O.G. 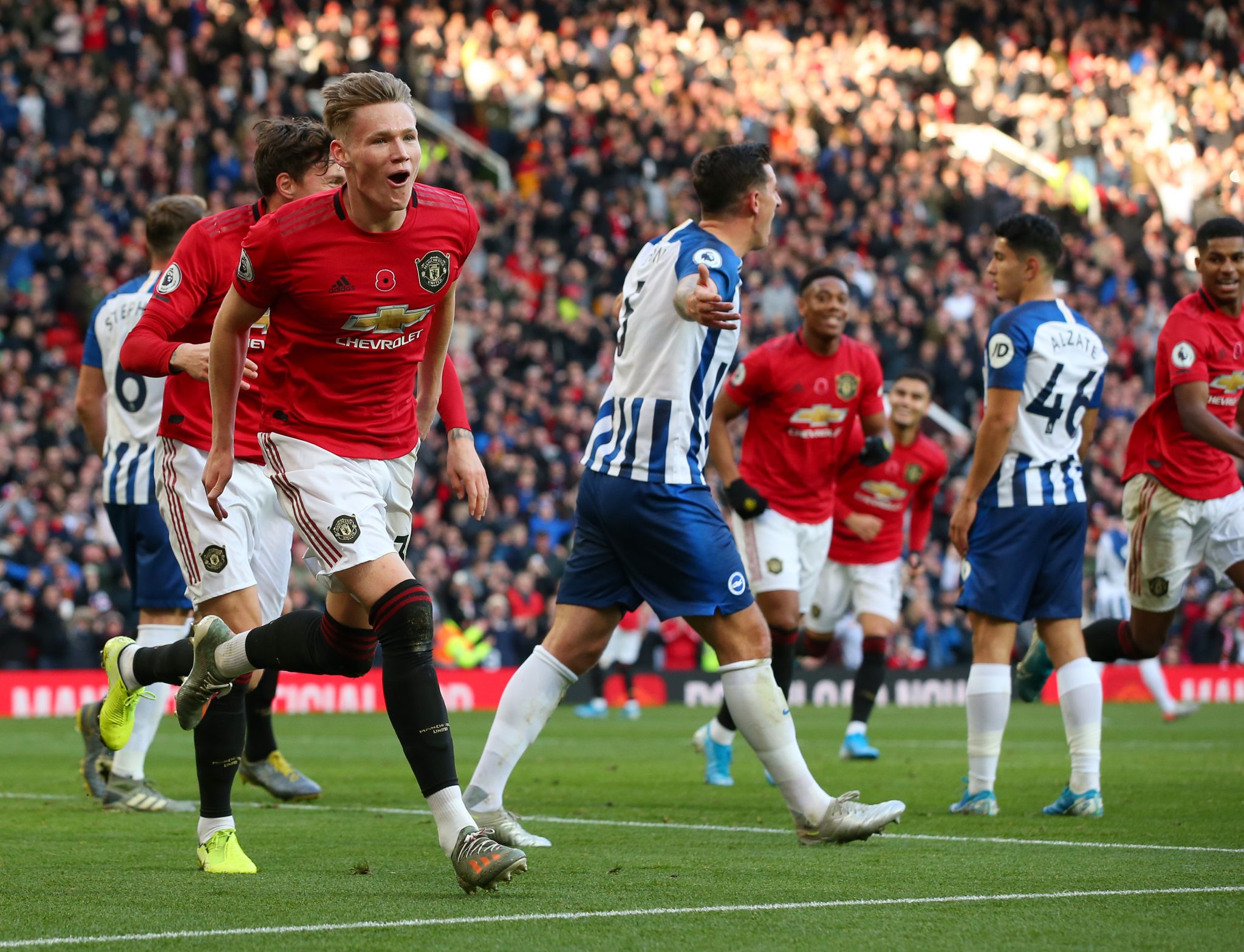 Ole Gunnar Solskjaer's side had begun the game down in 14th but, such is the current shape of the league, three points would be enough to elevate them to 7th. United should have been further than two goals ahead at the break but they were coaxed into comfortability and let Brighton back into the contest.

There were warning signs in the first half that Brighton had a goal, or two, in them. Shane Duffy came closest after Lewis Dunk had flicked on a free-kick, while Aaron Connolly headed over from six yards out after getting away from his marker, United's teenage left-back Brandon Williams.

Connolly was the brighter of Brighton's two attackers, with Neal Maupay kept relatively quiet. He tangled for possession with Harry Maguire and Scott McTominay a few times and showed his pace to beat Aaron Wan Bissaka to a long ball clearance from Lewis Dunk.

It was somewhat surprising, then, to see Brighton boss Graham Potter replace Connolly for Glenn Murray at half-time. Given how Connolly was forcing Maguire and Victor Lindelof into rushed clearances and a couple of fouls, it would have been worthwhile to give him at least another 15 minutes. Potter had his mind made up and he would have felt justified when Brighton made it 2-1.

END_OF_DOCUMENT_TOKEN_TO_BE_REPLACED

Dunk and Duffy, in truth, had been Brighton's biggest goal threat all afternoon and it was the English defender who headed home after Andreas Pereira got completely lost under the ball in his own box.

That goal actually sparked United into life and they were 3-1 ahead within 90 seconds of the restart, with Anthony Martial teeing up Marcus Rashford for his ninth goal of the season.

Rashford should have had his 10th and 11th of the season but spurned two simple scoring chances in the final 10 minutes. Daniel James, McTominay and the tidy Fred haunted Brighton in the final 25 minutes and United could well have finished 5- or 6-1 winners.

OUR MAN OF THE MATCH: Daniel James (Manchester United)

popular
The SportsJOE 12 o'clock quiz | Day 288
You'll have to be a diehard fan to get 20/20 in this Liverpool players of the 90s quiz
QUIZ: You have 30 seconds to answer this one tricky football question
In defeat, Jerry Kelly dies with his boots on in coming of age final display
The SportsJOE 12 o'clock quiz | Day 286
SportsJOE 2000s Football Quiz | Round 11
"I did for one second think of flinging the boot at him" - Maher's journey an inspirational thing
You may also like
1 day ago
Jurgen Klopp calls Man Utd style 'the worst thing you can face in the world' after draw
1 day ago
Jordan Henderson says Liverpool were frustrated by "strange" half-time whistle call
1 day ago
Liverpool fans complain at timing of half-time whistle in Man Utd draw
1 day ago
Scapegoats stand up for United as Liverpool's profligacy continues
3 days ago
Alex Ferguson's dismissive comments confirm truth about Jordan Henderson
6 days ago
Paul Pogba's reward for Burnley bullet by may be seat on Anfield bench
Next Page