Manchester City hammered Manchester United 6-3 on Sunday in the Manchester derby, blitzing their cross-city rivals in an incredible display.

Phil Foden (3) and Erling Haaland (3) scored the goals for Pep Guardiola's team, while Antony scored a stunning goal in the second half for the visitors. Anthony Martial scored twice in the final minutes of the match to make the scoreline more respectable for United.

Here is how we rated the players in the Premier League game. 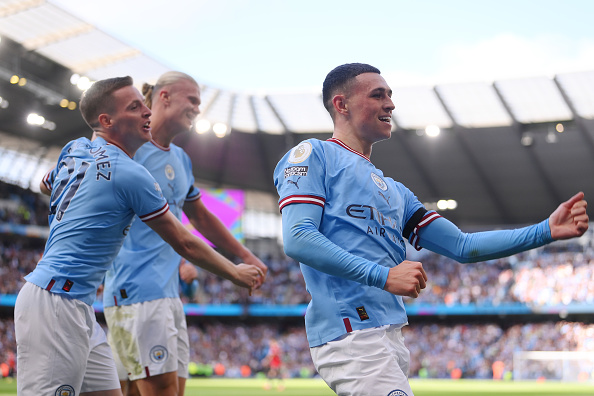 Erik ten Hag named the same starting XI from Man United's last league match, a 2-1 win over Arsenal over a month ago. Man City, however, were forced to make several changes.

END_OF_DOCUMENT_TOKEN_TO_BE_REPLACED

Man City, however, weren't affected at all by the changes to their team and started the match in top form.

Diogo Dalot was booked for a clumsy challenge on Jack Grealish and Man United found it extremely difficult to get a grip on the match. 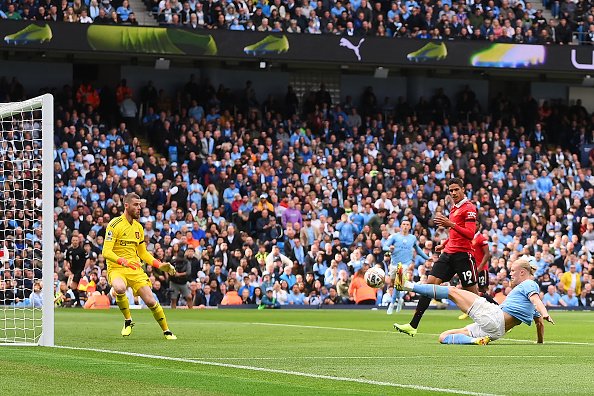 END_OF_DOCUMENT_TOKEN_TO_BE_REPLACED

The away side were then cut open for the first goal of the day. Man City created an overload on the left wing, where Canelo played a pass for Bernardo Silva on the overlap.

The Portugal midfielder cut his pass back across the penalty area where Foden swept the ball home with his left foot, past David de Gea who was rooted to his goalline.

Man City's passage of play, and finish by Foden, was excellent but Man United made life easier than it should have been for their opponents.

Erik ten Hag's side couldn't get near the home team and struggled to string more than two passes together. Marcus Rashford, Antony and Jadon Sancho were particularly wasteful up front, losing the ball almost every time they came into possession.

In midfield, Christian Eriksen, Bruno Fernandes and Scott McTominay were overrun, while United's full-backs, Dalot and Tyrell Malacia, were being torn apart by Grealish and Foden.

Meanwhile, Raphael Varane injured his ankle blocking a shot, and from the resulting corner, City doubled their lead. Man United appeared to be defending zonally, which left Eriksen up against Haaland. The Norwegian striker ran from deep, outmuscled United's defence and scored a header to make it 2-0. 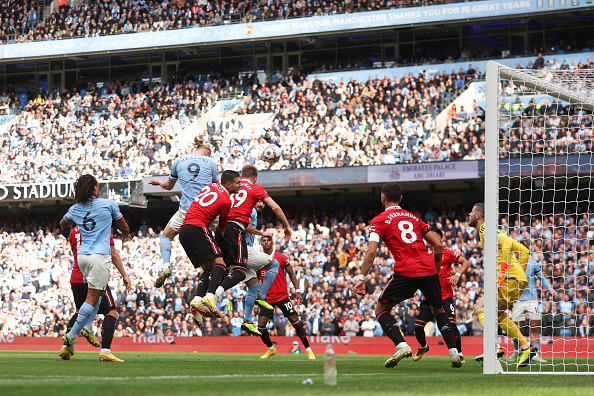 Man United were reeling but Man City were relentless. The Premier League champion scored their third goal of the match after 37 minutes when Kevin de Bruyne and Haaland linked up again. De Bruyne curled a pass around the United defence. Haaland stretched and finished it past De Gea, using his studs to make contact with the ball.

Man City made it 4-0 just before half-time. Man United lost the ball outside of City's penalty area and the home side broke away to score on the counter-attack. De Bruyne carried the ball forward, through United's midfield, and passed the ball out wide to Haaland.

The Norwegian striker curled a wonderful pass to the back post for Foden to finish and score his second goal of the day.

Man United netted a consolation goal 11 minutes into the second half when Antony curled a wonderful strike beyond Ederson to make it 4-1.

Man City, however, weren't finished, and neither was Haaland. The Norwegian, 22, scored his hat-trick in the 64th minute, hammering home a shot beyond De Gea after he was teed up by Sergio Gomez. Haaland, in just his eighth game in the division, had recorded his third Premier League hat-trick.

Man City were incredible, playing exhilarating attacking football that few teams in the world could match. The away team, however, were terrible and had descended into a rabble at this point. 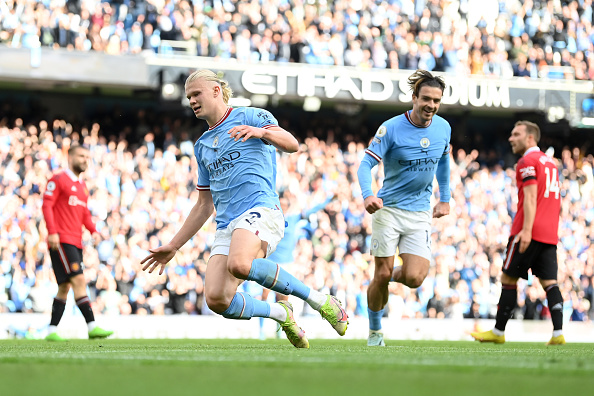 Haaland passed the ball through to Foden, taking roughly five or six Man United defenders, and the England midfielder smashed the ball into the net.

Anthony Martial scored the final two goals of the day, but City's humiliation of their so-called rivals was complete by that point. 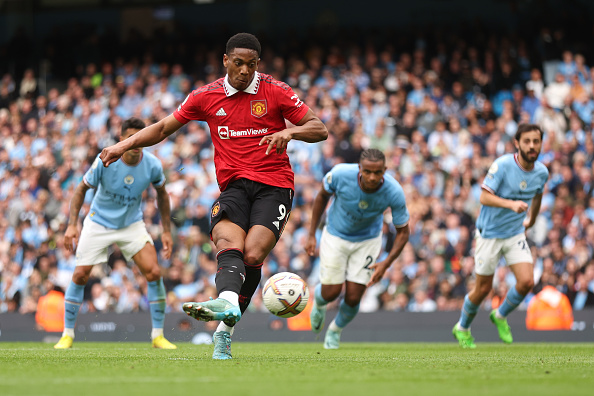