Uruguay were knocked out of the World Cup on Friday.

Patrice Evra appeared to like an image of Luis Suarez in tears following Uruguay's dramatic exit from the World Cup.

Uruguay beat Ghana 2-0 on Friday and looked on course to reach the last 16 until South Korea scored in the last minute in the other group game to beat Portugal 2-1. 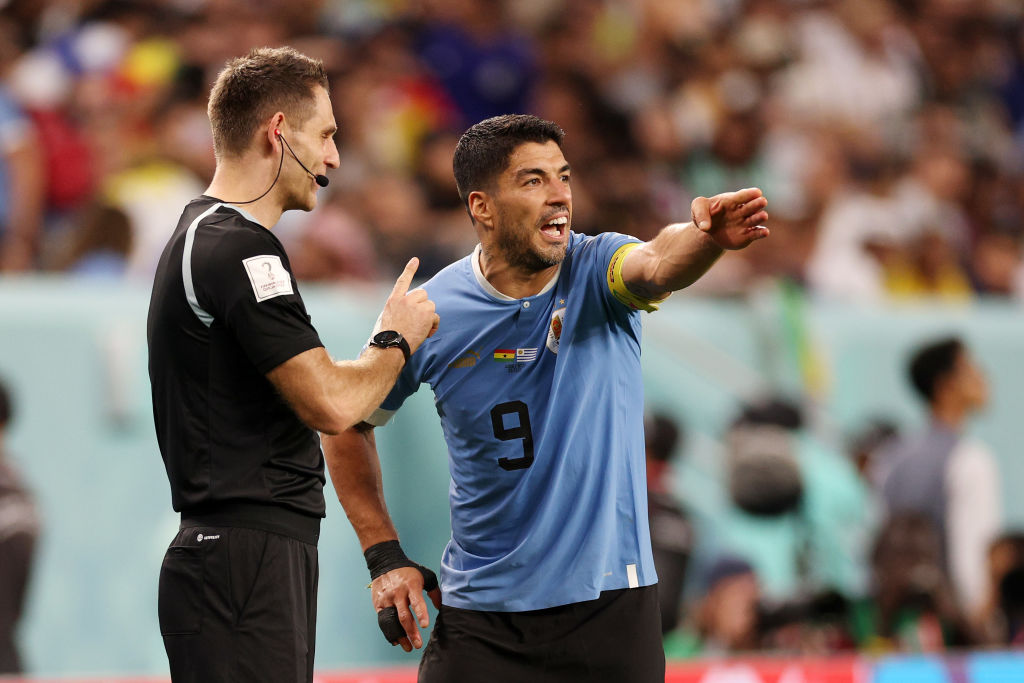 Suarez's side finished level on points with South Korea, but they crashed out of the tournament as their opponents scored two  more goals in the group stages.

The Uruguay striker, 35, was in tears at the final whistle, with this almost certainly his final appearance at the World Cup. Evra, however, appeared to have no sympathy.

The former Manchester United defender appeared to like a photo of Suarez in tears on social media. 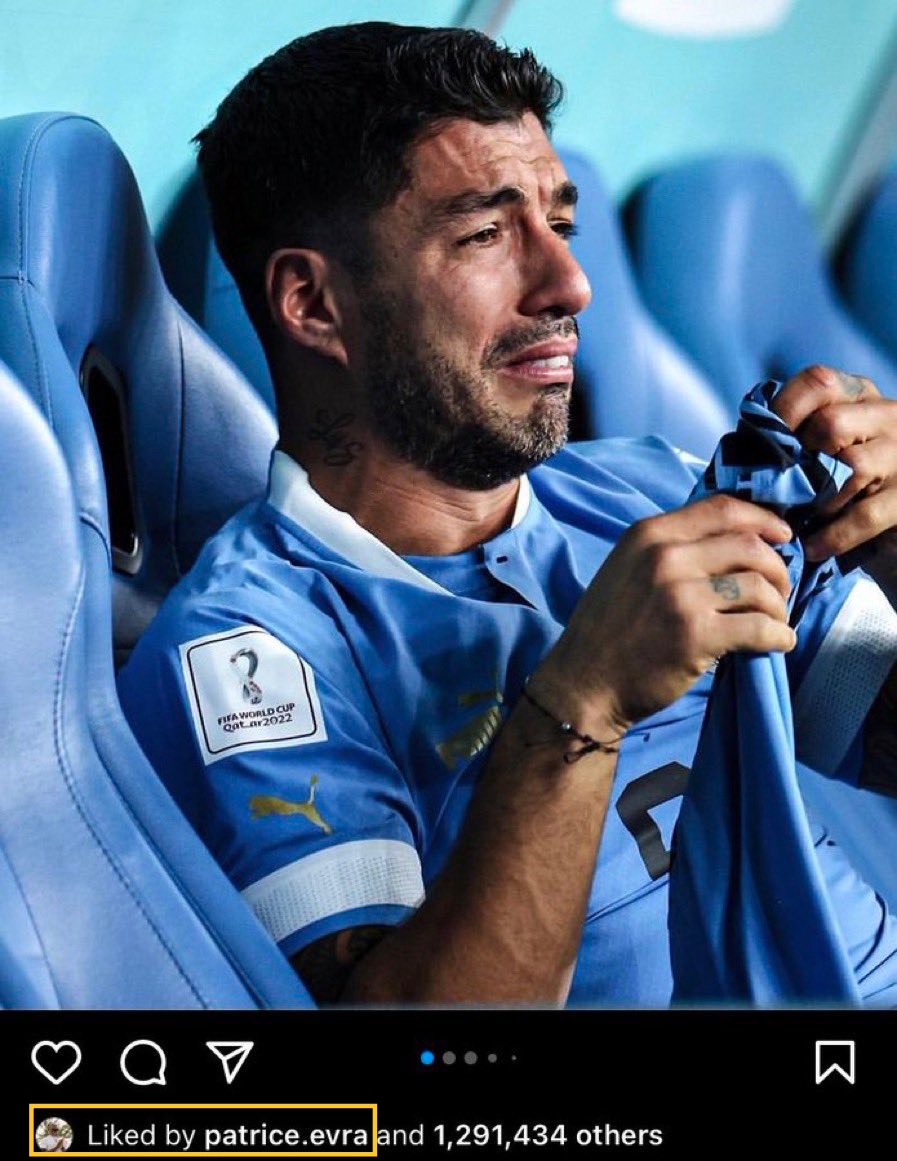 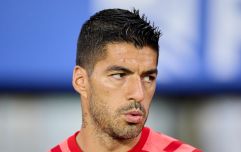 END_OF_DOCUMENT_TOKEN_TO_BE_REPLACED

Suarez and Evra had a high-profile clash during their time playing in the Premier League. Evra accused Suarez of making a racist comment towards him during a match between Man United and Liverpool at Anfield in October 2011.

An FA panel found Suarez guilty of the act. He was given an eight-game suspension and a £40,000 fine. The Uruguayan refuted the decision and pleaded his innocence.

Suarez then refused to shake Evra's hand in a game at Old Trafford a few months later.


popular
Everton release brutal 59-word statement to confirm Anthony Gordon departure
Five confirmed changes and guidelines to have big impact on 2023 Six Nations
"Every team did it!" - Paul O'Connell on Roy Keane comment to Ronan O'Gara that he couldn't deny
"It's crazy to think Bundee Aki might come straight in and start against Wales"
Owen Farrell praises Johnny Sexton in revealing interview ahead of Six Nations
British publication urges Gareth Southgate to claim Evan Ferguson for England
"I think Tyrone are going to go down this year" - O'Sullivan unimpressed by 2021 All-Ireland champs
You may also like
1 year ago
Steven Gerrard 'makes approach' to bring Luis Suarez to Aston Villa
1 year ago
Patrice Evra reveals how he came close to confronting Luis Suarez in the street
1 year ago
Michael Owen has a theory about why Liverpool fans booed Luis Suarez
2 years ago
Messi takes to Instagram with swipe at Barcelona board and farewell to Suarez
2 years ago
Luis Suarez accused of cheating on Italian language test
3 days ago
Ryan Reynolds makes Premier League promise to Wrexham supporters
Next Page