Tonight will see two giants of European football battle it out on the grandest competition stage of them all, as Liverpool take on Inter Millan in the Champions League.

The reigning Italian champions have three European cups locked away safely in their trophy cabinet, the most recent coming in 2010, as part of a Jose Mourinho-led treble, while Liverpool have famously claimed the title six times in their history. 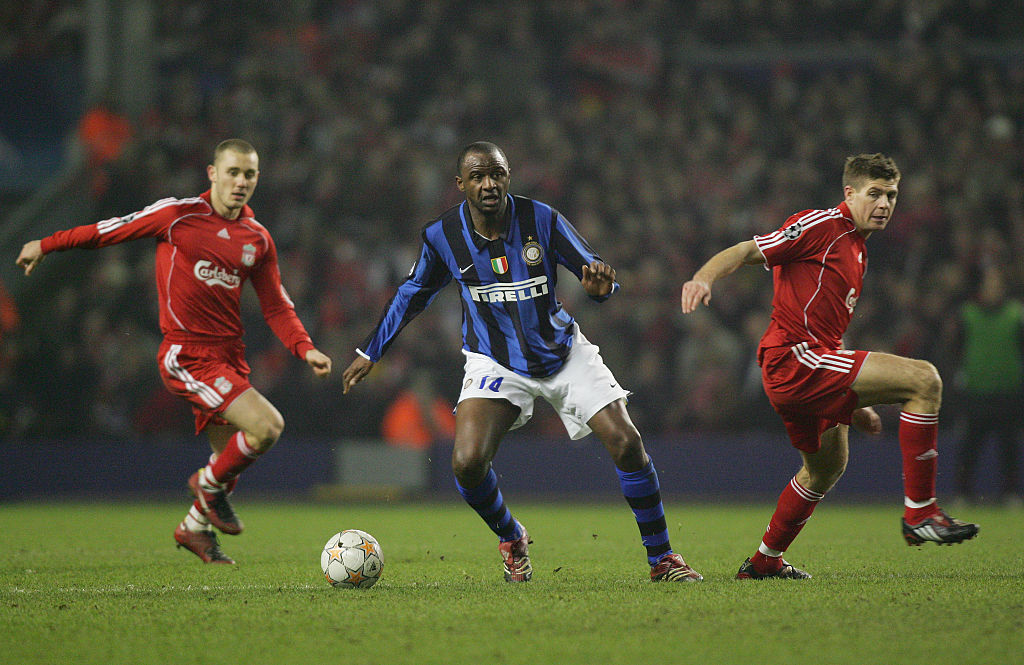 END_OF_DOCUMENT_TOKEN_TO_BE_REPLACED

Two teams with such prestige should have a richer history against one another, however, the last time they locked horns in this competition was 14 years ago.

It was a simpler time, back when Rafa Benetiz was at the helm - obviously before making that short trip across Merseyside to Everton - and Roberto Mancini was leading Millan.

END_OF_DOCUMENT_TOKEN_TO_BE_REPLACED

Frankly, he looked the exact same then as he does now... magnificent.

Liverpool were coming off a Champions League final defeat the previous year to Inter's neighbours AC Millan, and the Reds boasted a star-studded side, well capable of competing with Europe's best. 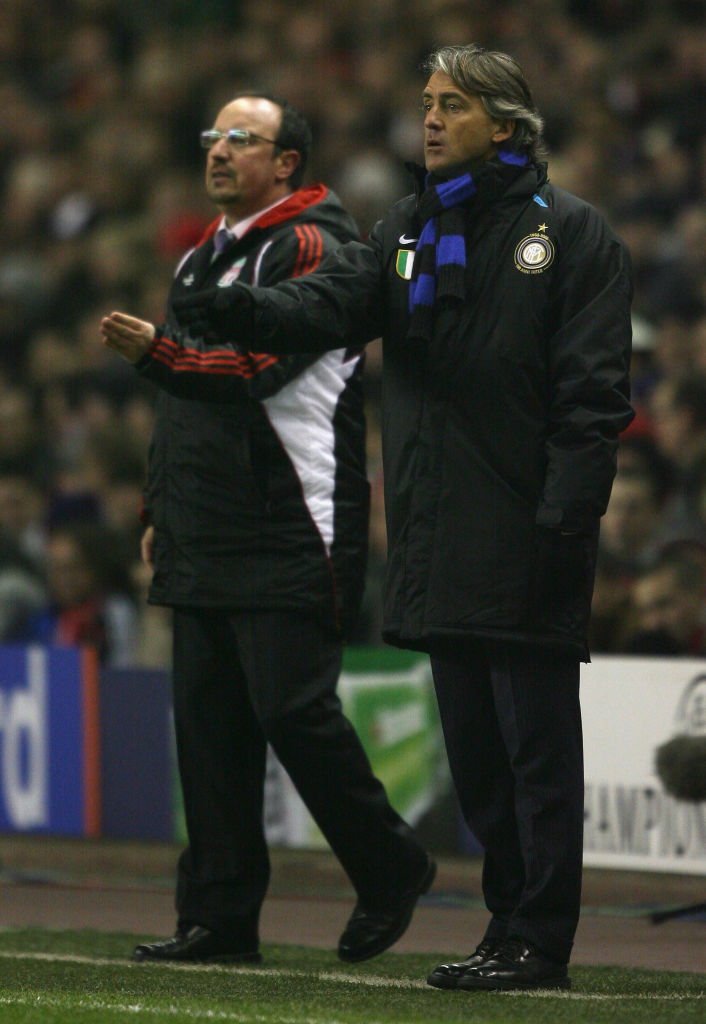 END_OF_DOCUMENT_TOKEN_TO_BE_REPLACED

In goals, you had Pepe Reina, who was just as fond of creating assists as he was of keeping his clean sheets, and before Jamie Carragher claimed that no one wanted to be a right back, he was in fact, playing right back in this game.

Martin Skrtel and Sami Hyppia took up the centre back positions, while Fabio Aurelio was occupying the left back role.

Looking at Liverpool now, it's hard to think of a better defensive midfielder than Fabinho, but Javier Masherano was fulfilling that job in 2008, and he did so expertly. 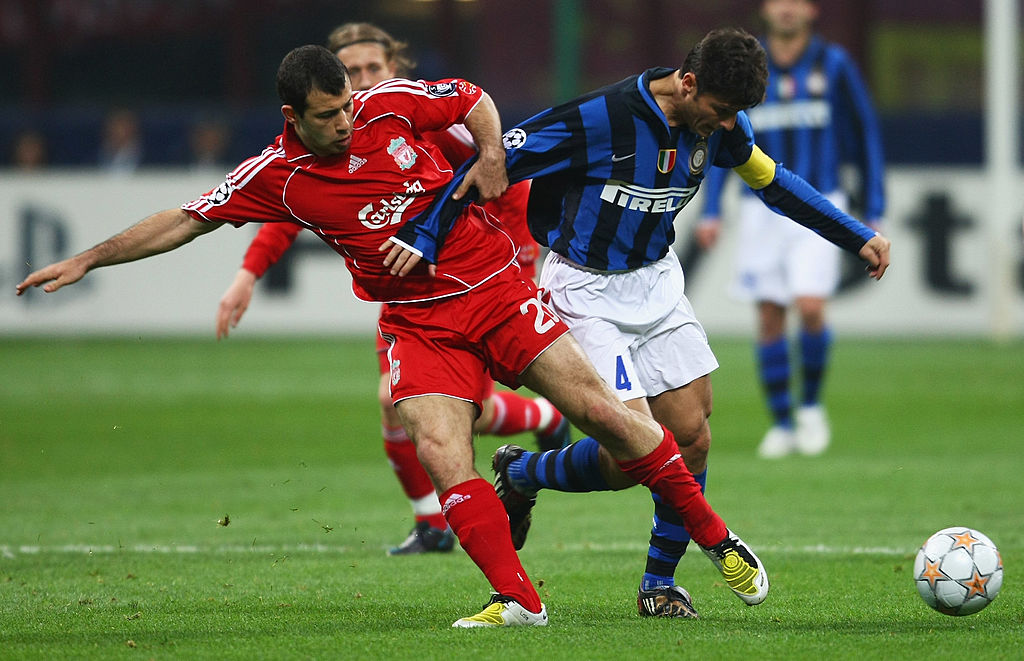 The Argentinian eventually went on to captain his country, play in a World Cup final, and win several Champions Leagues with Barcelona, so he wasn't a bad person to have.

Lucas Leiva was the other central midfielder that night, and although during this stage of his career he was struggling to win over the Anfield faithful, he became something of a fan favourite for his tenacity and loyalty.

Next up was the cream of the crop, a Steven Gerrard at the absolute peak of powers, capable of not just walking into any starting 11 in the world, but beating them as well. 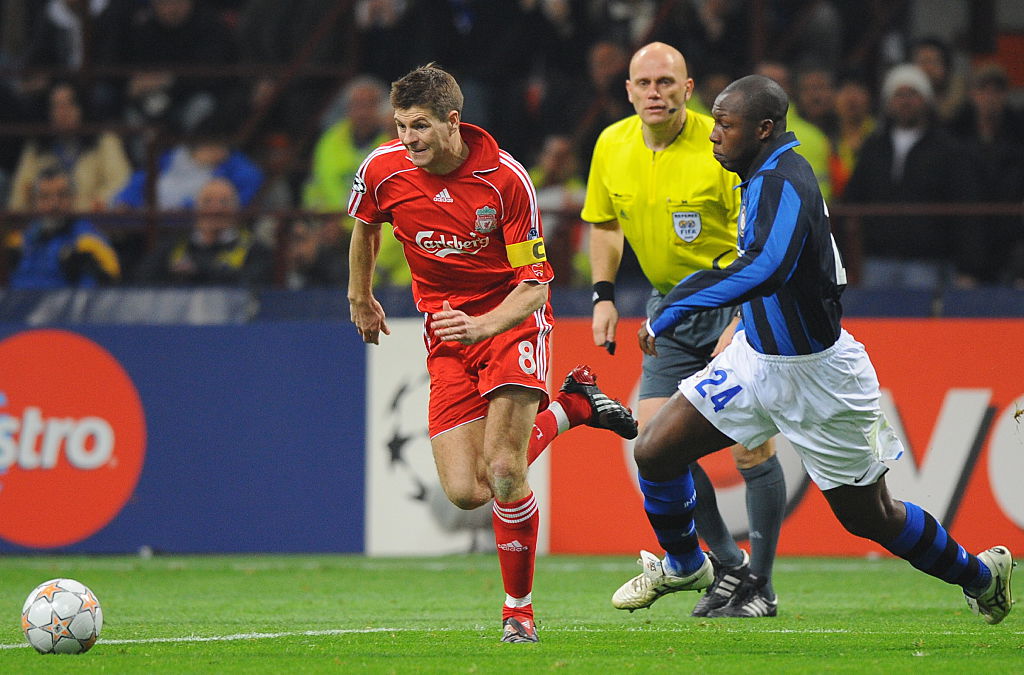 At this time, Gerrard was surrounded by the best team he probably had during his Liverpool career, and although the Reds still relied on one of his last-minute game winners a little bit too often, this squad had enough talent to allow him to flourish, rather than just carry the team on his own.

Dirk Kuyt was in the middle of earning his place as a cult hero in the red shirt, and Ryan Babel (the lad who posted a picture of Howard Webb wearing a Man United top) was actually a decent winger then too.

That leaves the cherry on top, the golden-haired hero who could do no wrong - until of course he went to Chelsea and could do no right - Fernando Torres. 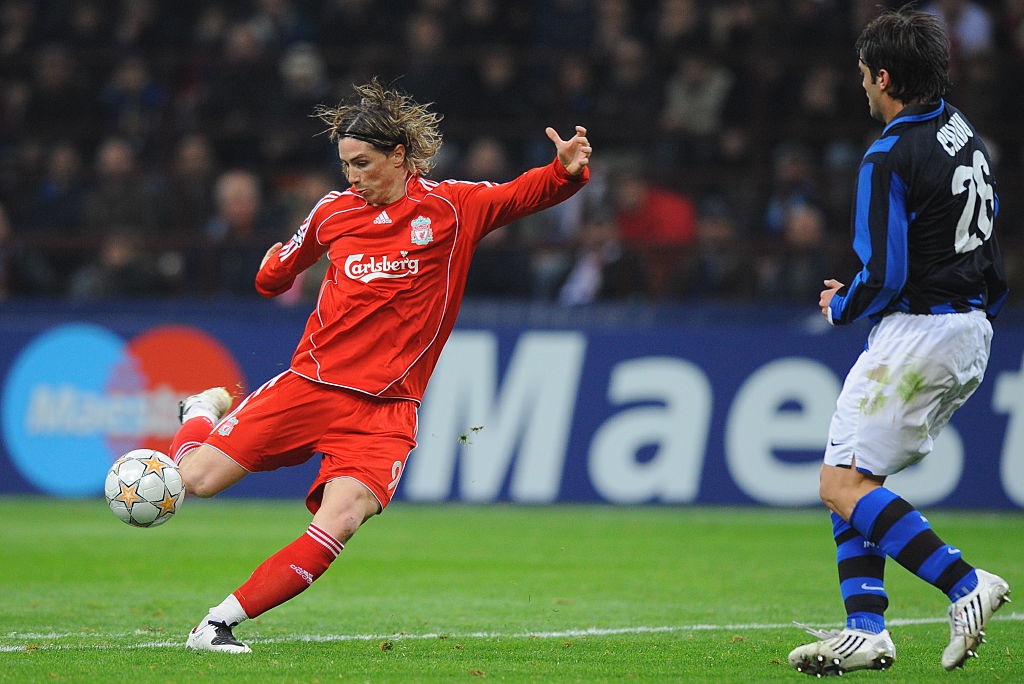 Pre injury-prone Torres was one of the most lethal strikers in the game, as Millan soon found out when he clinched the winner in the second leg of the tie.

A team full of names that carry such nostalgic powers transports you straight back to 2008, when bootcut jeans were fashionable, everyone had an iPod in their pocket, and Donald Trump was merely a TV host.

However, even with such high-profile names, in comparison to today's Liverpool side, their contemporary counterparts just edge it. 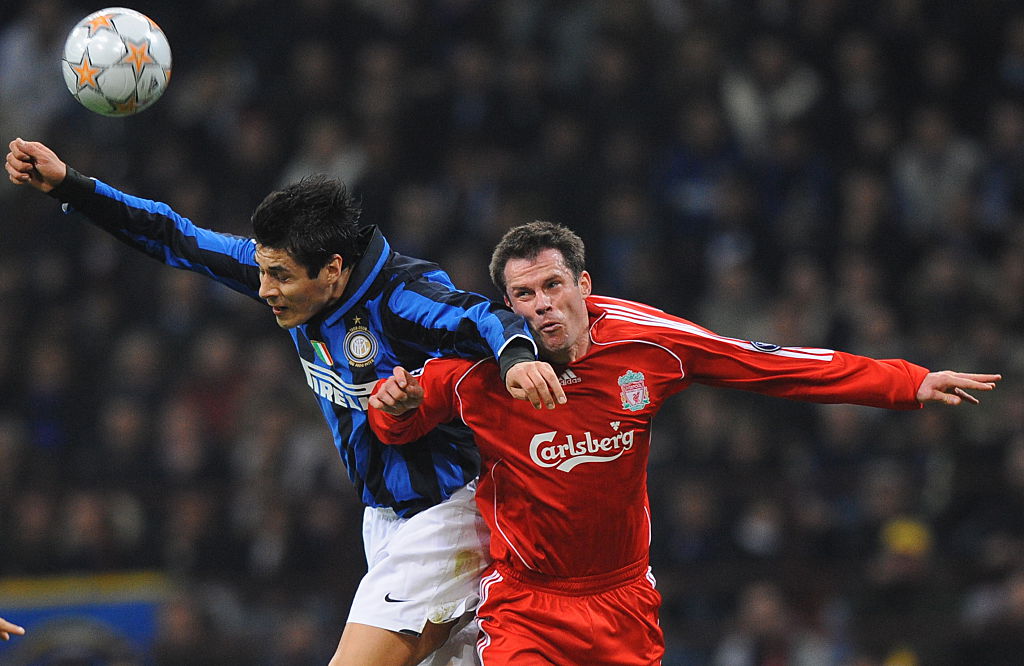 Alisson is proven to be more reliable on the big stage, and although Carragher would have a shout at partnering the unmovable Virgil van Dijk at centre back, there's no way he's keeping Trent Alexander Arnold's position in right back.

It sort of felt like since the days of a young John Arne Riise, all left backs that followed were merely keeping the position warm and toasty for Andy Robertson, who has now solidified the role.

The Masherano/Fabinho argument is a coin toss of a difference, while Gerrard of course keeps his position in the team. 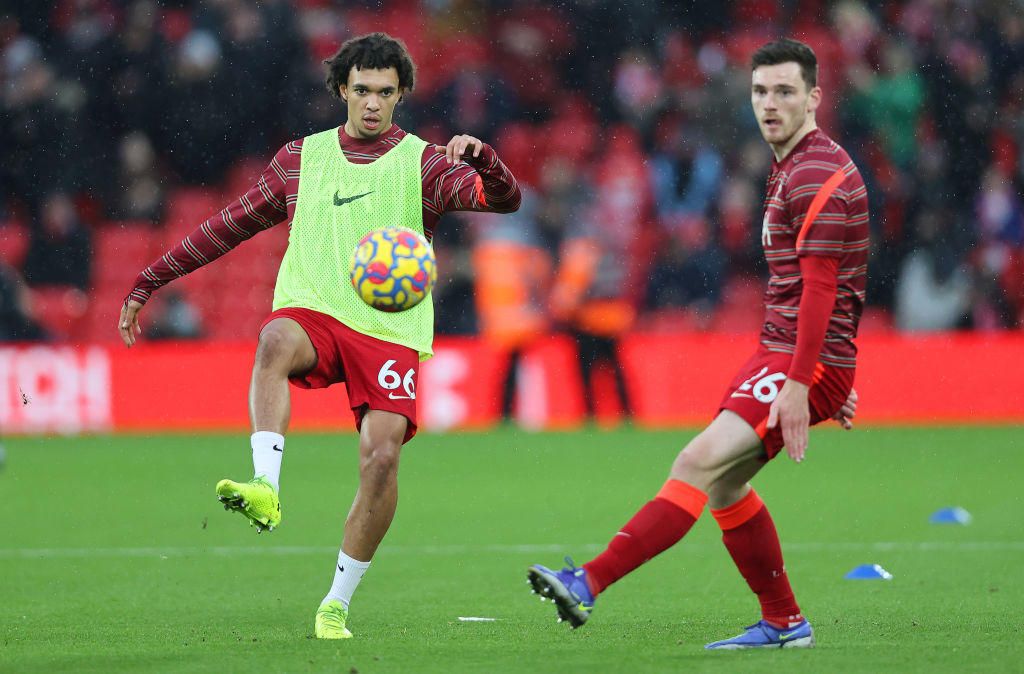 You have to say that Jordan Henderson has earned his spot there ahead of Leiva, which would complete a midfield trio, allowing room for three forwards to play.

Mo Salah is the obvious choice on the right hand, while the '08 Torres was unmarketable at the time, but a traditional number nine, so may struggle on that left hand side. However, you simply have to put him there ahead of Sadio Mane on this occasion.

That leaves one position at the centre of the front three up the grabs, and with all respect to Kuyt and Babel, it's no different of a dilemma with them involved, than the current dilemma Jürgen Klopp has of picking between Roberto Firmino and Diogo Jota. 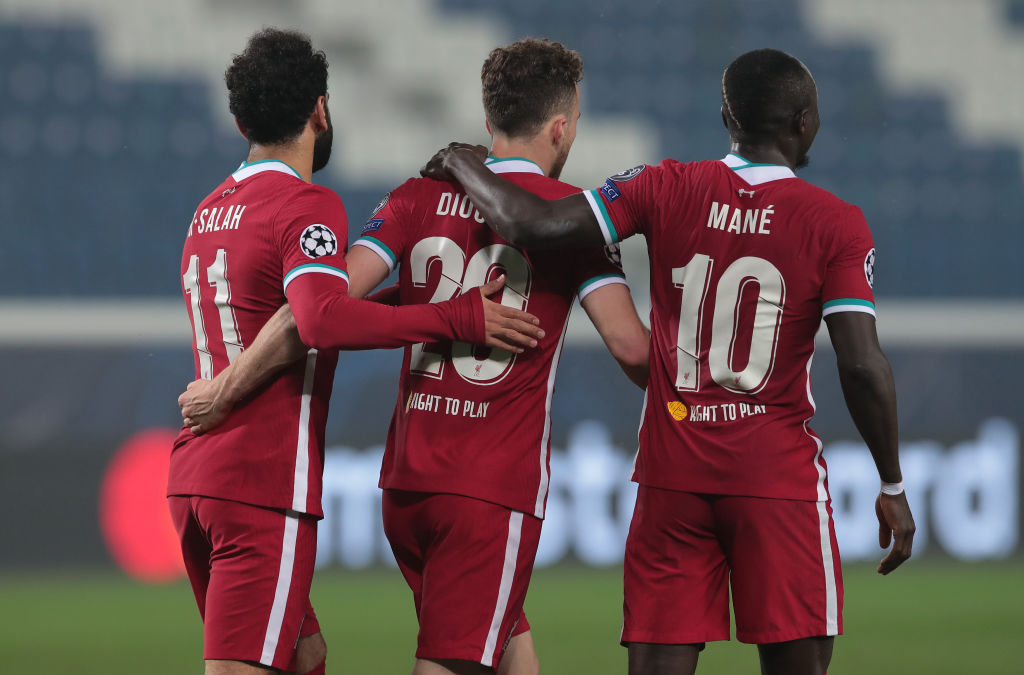 On current form though, you'd be pressed to go with the Portuguese star, so that leaves a starting 11 that looks like this:

(CDM) Masherano (could be persuaded easily for Fabinho)


popular
Man United could be blocked from playing in the Champions League next season
Ireland team vs. France: Form players rewarded and a welcome return
Clive Woodward happy to 'eat humble pie' after bold comments about Ireland
French media's opinion of this Ireland team becomes clear as vital clash nears
"I should have been more mature" - O'Sullivan's injury trail a cautionary tale for Sigerson casualties
Man City expect Pep Guardiola to leave
Man United's four player transfer shortlist if Qatar takeover goes ahead
You may also like
1 week ago
Former England captain says Fabinho should have sent off for Evan Ferguson challenge
1 week ago
Former Liverpool midfielder Emre Can reveals he had surgery for cancer
2 weeks ago
Liverpool reportedly selling Caoimhin Kelleher for Jude Bellingham funds
2 weeks ago
Steven Gerrard offers his personal service to help Liverpool sign Jude Bellingham
2 weeks ago
Steven Gerrard makes interesting claim about Graham Potter's signings
3 weeks ago
Liverpool's owners have made a massive decision on the sale of the club
Next Page