One of the three years has almost passed.

Barcelona cannot sign any Liverpool players for three years due to a clause inserted into Philippe Coutinho's contract with the La Liga club, according to reports in Spain.

Coutinho joined Barcelona in January this year from Liverpool for a fee of around €140 million. Liverpool were well compensated for letting go of their star player but wanted to ensure that Barca did not come sniffing around for another of their stars for the foreseeable future.

To prevent another approach from Barca, Liverpool insisted upon a clause in Coutinho's contract that forbid Barcelona from signing any of their players for three years, one of which has almost passed. 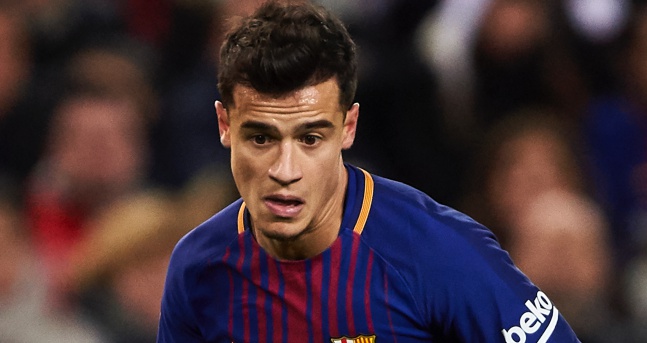 END_OF_DOCUMENT_TOKEN_TO_BE_REPLACED

Liverpool are all too familiar with having to sell their stars to Barcelona, having seen Luis Suarez join the Catalan giants in 2014 after narrowly missing out on a Premier League title.

Liverpool's current side includes several players who would improve Barca's squad, with the standouts being Roberto Firmino and Virgil van Dijk. But Reds fans can rest assured that they will be free from the pulling power of Barcelona for two more years.

END_OF_DOCUMENT_TOKEN_TO_BE_REPLACED

And now that they are competing for titles, they will feel more confident of keeping hold of their best players. Last season, they reached the Champions League final, only to be let down by a couple of brain farts from goalkeeper Loris Karius, while Barcelona crashed out in the quarter-finals to Roma, whom Liverpool beat in the semis before signing their goalkeeper, Alisson, in the summer.