Lionel Messi has played in the biggest and best stadiums in the world.

Old Trafford, the Bernabeu, San Siro - you name it, he's played there. But it's a slightly smaller stadium that he has singled out for particular praise as "the best atmosphere in Europe."

The Argentine has played at Celtic Park three times and is keen on returning to Glasgow in next season's Champions League so is rooting for Ronny Deila's side to make it to the group stages.

Speaking ahead of Barcelona's quarter-final against PSG, Messi said: “The games against Celtic were special and I want to remember them.

“The performances of Fraser Forster against us were talked about for a long time.There was one game in Scotland where he was not human, it is the best goalkeeping performance I have seen.

“When Victor Valdes said he was leaving we even talked about him playing here.

“I was sure he would end up at Arsenal, Chelsea, or Manchester United." 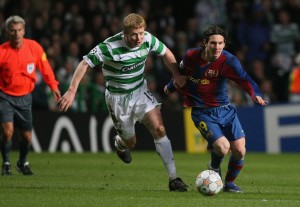 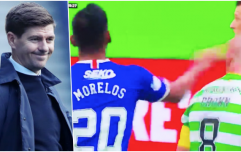 END_OF_DOCUMENT_TOKEN_TO_BE_REPLACED

“Celtic Park is a tough place to go to, it is never easy to get a result there.

“We know we would get a tough game if we drew them in the Champions League, but everybody involved in those Barcelona v Celtic games wants to go and play there again.

“It is the best atmosphere in Europe and we all want to experience that again.”

Just imagine the greatest of all time finishing up his career in Parkhead, with a hint of that Glasgow accent creeping into his voice.