This was a game that was decided by individual errors and individual genius.

Barcelona have knocked Manchester United out of the Champions League with a convincing 3-0 victory at the Nou Camp. The Catalan side made light work of Ole Gunnar Solskjaer's team, who made a bright start but were ultimately well beaten, losing 4-0 on aggregate.

Lionel Messi (2) and Philippe Coutinho got the goals as United were completely outclassed. It was a game that was won by the greatest footballer in the world and the greatest possibly ever. However, some Man United fans may feel that it was lost because of individual errors from the away team. Some supporters will blame Ashley Young for the mistake that came before Messi's first goal, and David de Gea for the second goal. But to do is to miss the point. 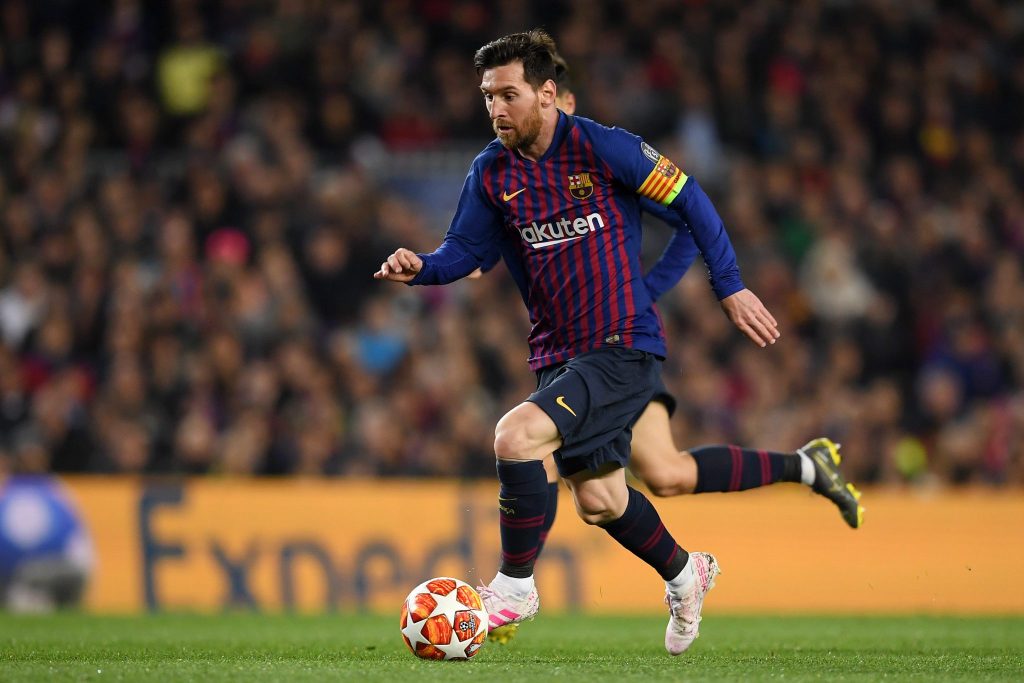 De Gea had a Loris Karius moment and made a costly mistake that effectively ended the game, allowing the ball to squirm under his body after a relatively tame shot from Messi. Without any doubt, that was more of a mistake from the Spanish goalkeeper than a moment of excellence by Messi.

However, blaming Young for the first goal is ultimately redundant and arguably shortsighted. Yes, the United skipper messed up. Of course, he should not have attempted a Cruyff-turn in his own half with Barcelona applying pressure. He had at least two viable options for a pass - back to De Gea or square to Smalling.

Actually, maybe just one viable option for a pass. But still, he could have done any number of things rather than choosing to try turn away from Ivan Rakitic. He chose poorly. He made an error. But he could do nothing about what came next. No-one could. 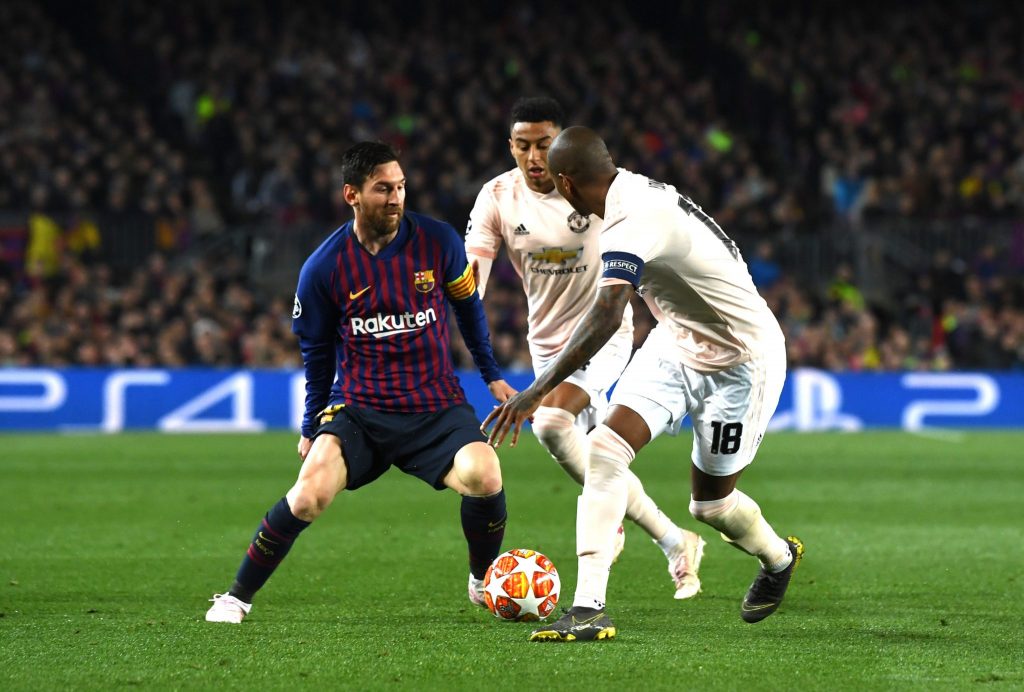 Messi had been standing beside Paul Pogba near the sideline. But the French midfielder switched off as Messi sprang into life. He reacted instantly to Young losing the ball, knocking it ahead of the United captain before he could lay a glove on him. Fred was Messi's next victim.

The Brazilian midfielder came across to put pressure on Messi, but the Argentine simply knocked the ball through his legs and into space in front of the United penalty area. Phil Jones and Smalling were scrambled and didn't know what to do. Messi took another touch before steadying himself and curling a wonderful shot into the bottom right corner. Glorious.

END_OF_DOCUMENT_TOKEN_TO_BE_REPLACED

If any other player other than Messi had collected the ball, Young's mistake would not have been punished. If it had have been a Barca player that lost possession in that position and the ball landed with Marcus Rashford or Anthony Martial, there is no way the result would have been the same.

Young was heavily criticised following the goal, and with some reason. He had not covered himself in glory and he is not an elite full-back. He is a veteran converted winger doing a job. Yes, he made a mistake, but the goal wasn't about him. It was about the genius of Messi. 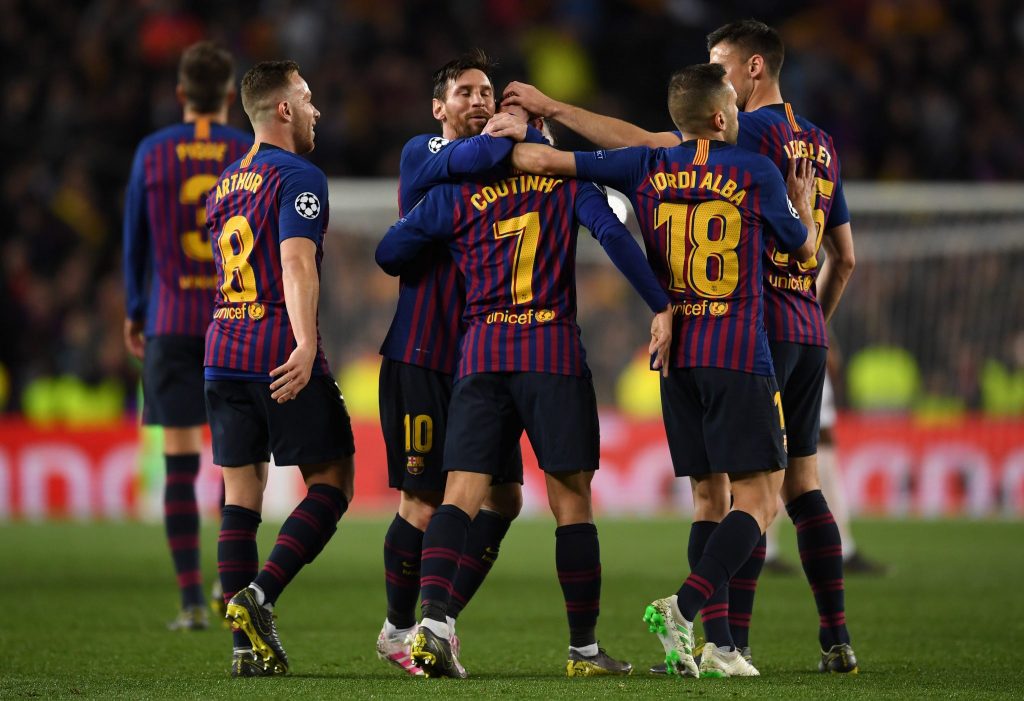 This goes for United's performance in general. Yes, there were several individual errors and sub-par performances. But the truth is, Barcelona are an elite team and Man United are not. It would have taken a massive stroke of luck to get past the Spanish champions and it looks as though Solskjaer has used up his luck for the season.

Blaming Ashley Young or David de Gea for mistakes, or Marcus Rashford for missing an early chance is ultimately futile. United were completely outclassed and there was nothing they could about it.

The individual mistakes and poor performances also reflect worse on the club than the players themselves. What else did Man United expect going into a game against Messi and Barcelona with Jones, Smalling and Young as part of a back four? The problems at the club run deeper than a few errors on the pitch.


popular
QUIZ: Can you name all 24 champions of the English football league?
QUIZ: Name the countries these World Cup footballers play for
The SportsJOE 12 o'clock quiz | Day 77
You'll need to be on top form to get 20/20 in this 1980s footballers quiz
The SportsJOE 12 o'clock quiz | Day 76
'I never liked Eric Cantona... but he was my favourite player' - Neil Ruddock
SportsJOE 2000s Football Quiz | Round 4
You may also like
14 hours ago
10 Liverpool players Manchester United fans loved to hate
2 months ago
The Ultimate Manchester United Treble-Winning Quiz
3 months ago
"The day Dean Henderson comes back, he's obviously fighting to play"
3 months ago
"I would have lynched him after that" - Roy Keane
3 months ago
Four features of Mason Greenwood's goal vs Watford that shows he is going to the very top
3 months ago
Carragher pushes all the right buttons and Keane delivers in gold
Next Page