Ireland is a very special place.

There's a breed of people on these shores that you don't find that often anywhere around the world. You'd only have to look as far your own parish to see what the Irish are really made of - to see the good stuff.

You see it on every field, in any sport, in whatever county - this dogged, inexorable hunger. Natives of this island have a very big and a very real problem with the word 'no'. You can't tell some of them that they simply cannot do it - there's no such thing as 'can't', they won't hear it.

It's stubborn, sometimes it's unrealistic, a lot of the time it's unhealthy but it's Irish. A refusal to bow to anyone, thing or circumstance. A refusal to give in. 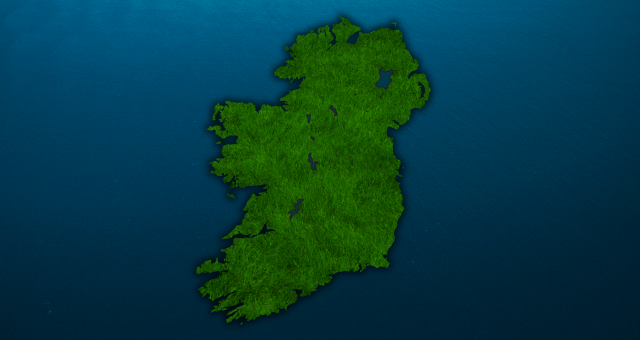 END_OF_DOCUMENT_TOKEN_TO_BE_REPLACED

Look at the Gaelic world. Men who have paid their dues, put their lives on hold and done everything asked of them and more only to be sat as number 26 all season never to get a sniff of a county game when one chance is the very least they deserve. And they keep coming back again, every single season, and they do it with the conscious decision that they're going to do more and give more and, come what may, they're going to make damn sure that they walk away with no excuses.

For some of them, they might never get that break and you're caught somewhere between pity and admiration for this unrelenting belief that festers at the pit of their stomachs. You think that they could just do themselves a favour and take a step back or a step down and you have every right to ask what is becoming an urgent but obvious question of when the hell was the last time any of these guys ever enjoyed their sport? 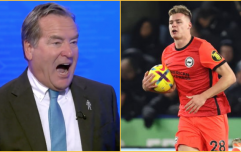 END_OF_DOCUMENT_TOKEN_TO_BE_REPLACED

People trudge along to training out of obligation more than anything. They prepare perfectly out of habit. A lot of it is just because this is what you do - no real reason given for it, it's just the way it is.

They eat right, they don't drink, they get to bed early and you wonder what the end game is here because, ultimately, most of them won't get to where they want to, and that's the sad reality of it all.

You wonder if this is just an Irish thing ingrained into all of us - a lust for the discipline, a hankering for the punishment and something good inside that wants to keep most men and women on the straight and narrow. 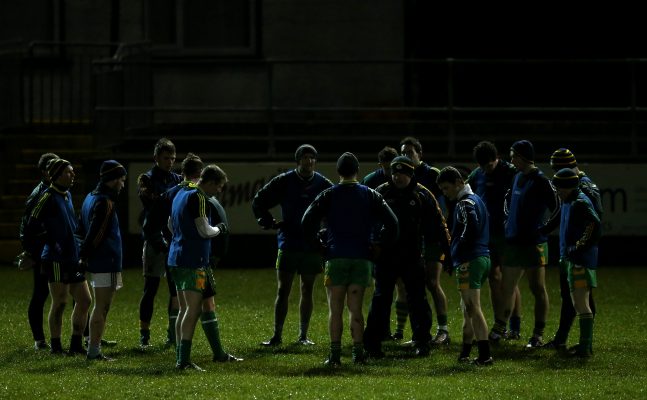 END_OF_DOCUMENT_TOKEN_TO_BE_REPLACED

Then a week like this week comes along and you get it. It's clear. This is our make-up and this is who we are.

You see James McClean tearing through Austrian turf as if he was a kid sprinting clear of the older teenagers in Creggan trying to give him a fright and you realise that all this has always been coming. McClean is the very definition of a man who does not forget where he's come from and, whatever you think of him as a top talent or not, he is a player that every single one of us promises we would be if we got the same opportunity.

Even at 27, he's still raw, he's basic but, Christ almighty, he is honest. You couple that with an unshakable belief and what is a fearlessness that borders on disregard and men like McClean can make things - big things - happen. Men like McClean see possibilities when the rest of us see limitations. They see grass to run into when we worry about the jersey. They don't see why they can't beat the world champions. Why they can't go to Austria with almost twice the population and put them in their place. They don't see why they can't top the group, even when they deemed us as fourth seeds.

They don't see why not. Why not us? 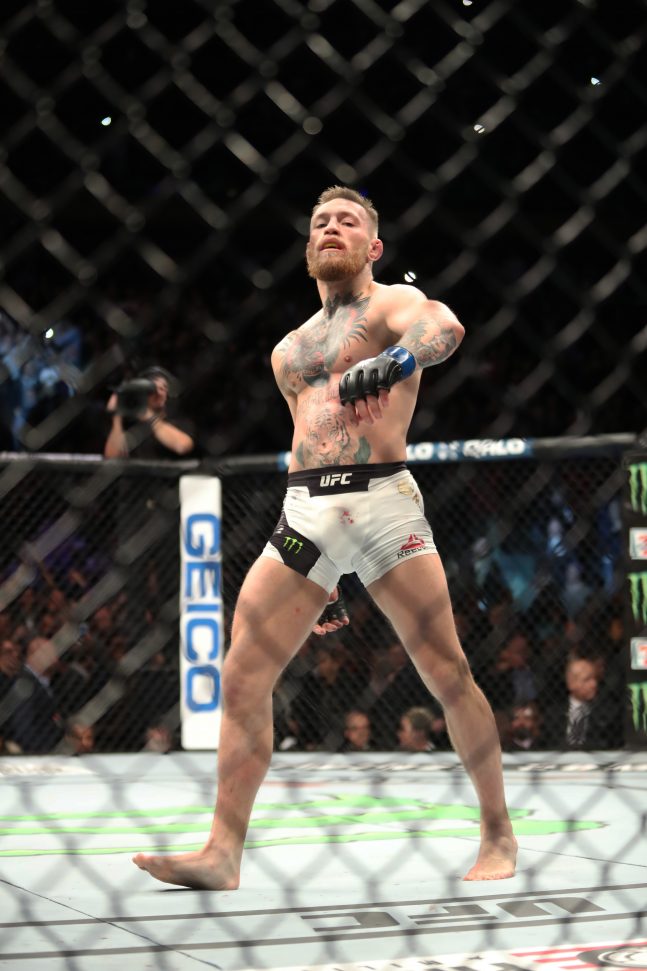 You see Conor McGregor strutting around Madison Square Garden where so many of the greatest warriors in living history spilled blood and it's almost hard to believe that he's just an Irish man like the rest of us.

He just went and made a world champion look rank average, floored him three times in five minutes and finished him before nine were on the clock and he lifted two belts aloft and definitively made no apologies for his dominance. He apologised to "absolutely f**king no-one," to put it precisely.

Draped in a tricolour, he puffed out his chest and took in New York and all the eyes of the world and he glowed beneath the spotlight. It was like he had a divine right to be there taking all this acclaim - like we all had, because we're Irish. 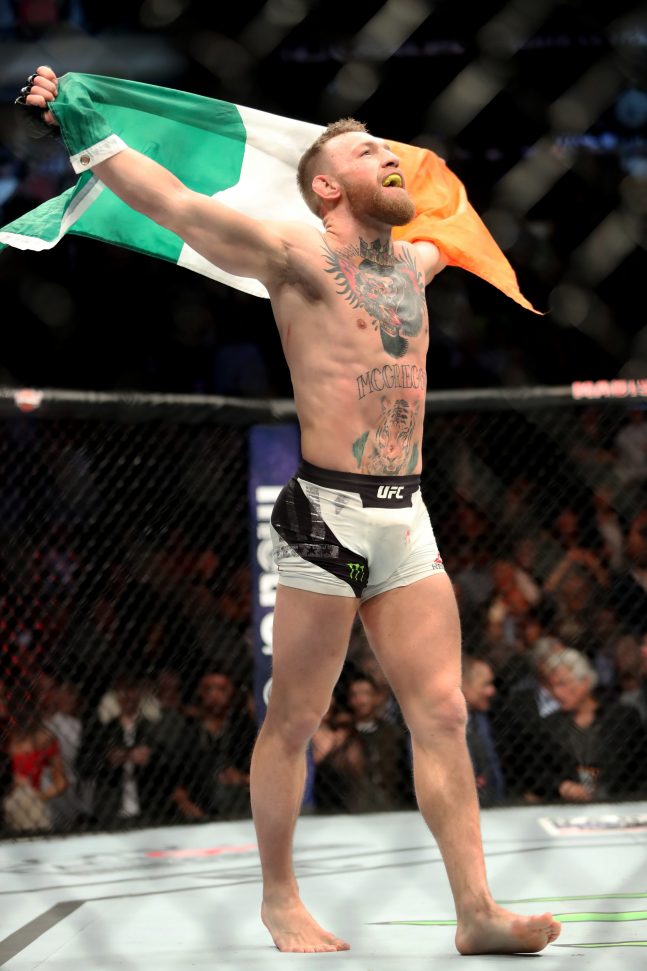 Nothing we knew before could give us a reason to explain why Ireland went and beat New Zealand in Chicago. There's no reason for 111 years of history being buried one random weekend in a far away land.

There was no reason that we knew of for why a man from Crumlin should go on and conquer the world and do it twice. No reason why the football team should dare to believe in themselves.

But what this week of all weeks has taught us; what Conor Murray, Conor McGregor and James McClean have taught us is that there is no longer any one reason to say that it cannot be done. Not anymore there's not.

McGregor doesn't hear 'no'. He doesn't believe in it. The Irish rugby team have no more inhibitions, anything is possible. James McClean knows there is no such thing as 'can't'. He's spent his whole career railing against that and now they're showing the rest of the country the very best of that unwavering Irish grit.

Why can't we go and dominate? Who said we can't?

These boys don't see why not. Why not us?


popular
Sean Dyche set to be named Everton manager after Marcelo Bielsa talks break down
Roy Keane flatly rejects longstanding perception of ex-Man United midfielder Paul Ince
Allianz National Football League Round 1: All the action and talking points
Roy Keane leaves ITV pundits in stitches after Pep Guardiola's pre-match interview
Conor McGregor hit by car ‘at full speed’ while cycling
Ryan Reynolds makes Premier League promise to Wrexham supporters
Study shows rugby positions you are most/least likely to be injured playing
You may also like
2 days ago
The two toughest calls in Ireland team to face Wales are in the backline
3 days ago
"He didn't give me that jersey back!" - Johnny Sexton on new rival Jack Crowley
3 days ago
Johnny Sexton on Six Nations documentary, and two Ireland players Netflix should follow
5 days ago
Robbie Henshaw on his life-long friendship with Bundee Aki and Netflix documentaries
1 week ago
Can you name the Republic of Ireland Premier League player from their wikipedia?
1 week ago
Kieran Treadwell the most unfortunate Ireland player to miss Six Nations call
Next Page