Manchester United's pre-season tour of the United States has been oddly low-key and has struggled for much buy-in from the local fans and press.

It is strange to see United almost go under the radar - attendances have been poor and the games have been short of highlights - but lack of star players, a full MLS schedule of matches and World Cup fatigue have all combined for a state of ennui.

Added to that, we have a seriously down-beat José Mourinho bemoaning his playing options and pleading with the United board, through the medium of TV, for them to sanction another whopper transfer deal.

Looking at United's touring squad, though, and they have plenty of talent. Alexis Sanchez has joined up after some visa issues, Anthony Martial has a point to prove, so does Luke Shaw. Eric Bailly is looking to establish himself as first-choice centre back. Ander Herrera needs a big season as Fred's arrival has him under pressure. So does Juan Mata. 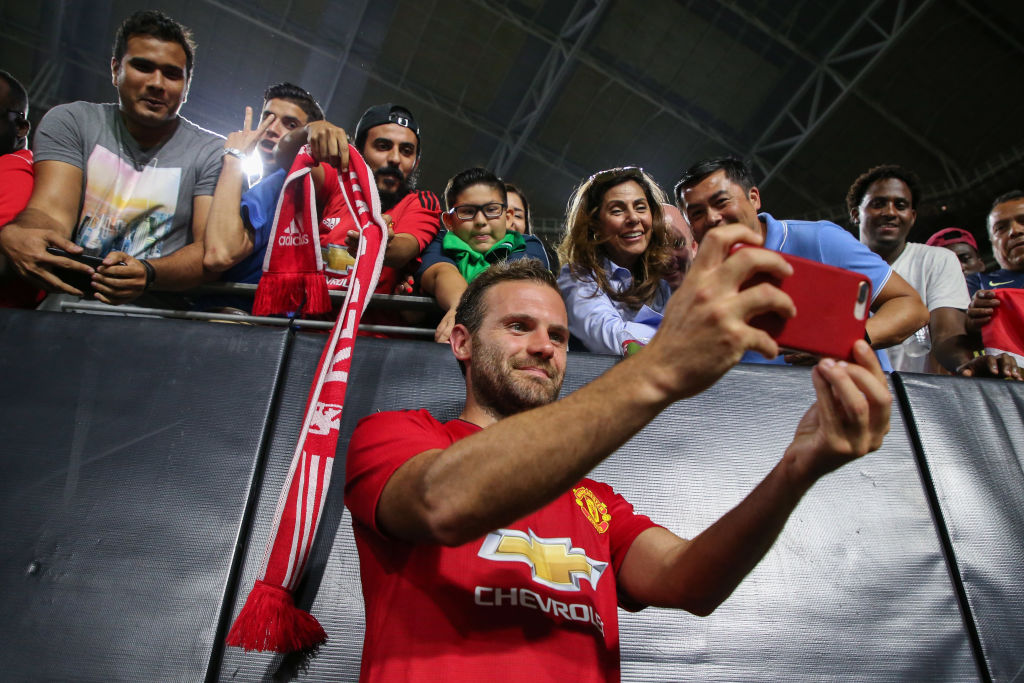 The likes of Tahith Chong, Angel Gomes, Demetri Mitchell, Ethan Hamilton and a handful of other youngsters will be hoping to show Mourinho they can follow Scott McTominay into regular first team rotation.

After two games, though, United's best player on show has been a 35-year-old goalkeeper.

There was a fair bit of head-scratching when United announce the capture of the veteran stopper from relegated Stoke City. Mourinho had been impressed with Grant's display when Stoke came to Old Trafford, last season, and he thwarted player after player.

With Argentine back-up Sergio Romero out injured, United snapped up Grant on the cheap (£1.5m). David De Gea is expected to take back his starting spot after his summer break but Grant is outdoing 22-year-old Swiss stopper Joel Pereira at present.

END_OF_DOCUMENT_TOKEN_TO_BE_REPLACED

He pulled off a few top-drawer saves in the 1-1 draw with Club America, in the opener, and was an assured presence behind United's back four. He confidently claimed some testing crosses and was much more vocal than the normal laconic De Gea.

Against San Jose, he got the second 45 and pulled off a couple of crucial stops on his way to a clean sheet.

Now THAT was definitely Grant! A magnificent save from the #MUFC keeper. 👐 #MUTOUR

With Liverpool and Manchester City spending big over the summer, United fans are taking crumbs of comfort where they can. If it has to be a 35-year-old that will most likely be on the bench for the big games, so be it...

If someone told you two months ago that you’d be sat here at 3:30am UK time watching a Lee Grant masterclass on our first game of pre season you’d have laughed your head off, but here we are.

Lee Grants been our best signing this window 🙃 #MUFC

Derby, Burnley, Oldham, Sheffield Wednesday, Stoke City... United. Grant has had to wait 18 years for a chance with a top side but he has started this stint well.