At some point in our lives, we have all invented mitigating circumstances or gone above and beyond to avoid doing something work related.

Telling your mam you've got a headache so you can stay home and play Call of Duty all day, calling in sick because you hate your job, or inventing a family emergency to get out of a social event just so you can stay at home to watch a big game - we have all done it. 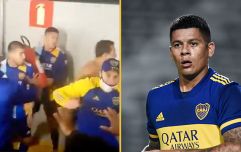 END_OF_DOCUMENT_TOKEN_TO_BE_REPLACED

But in the world of football, players have to be more inventive with their excuses if they want to get out of something. Usually, the only escape from playing a match they don't want to is to pick up a well-timed suspension.

Kevin Nolan famously timed his fifth yellow card just in time for the jam-packed Christmas schedule so he could have Boxing Day off with his family five years in a row. One can only respect the commitment to the cause shown by Nolan, regardless of the harm it may have caused whichever Allardyce team he was playing for at the time.

Zenit St. Petersburg midfielder Leandro Paredes appears to have taken a leaf out of Nolan's book, which is a sentence I never thought I would write.

Paredes received a red card in the 83rd minute of Zenit's match against Akhmat Grozny, which Zenit won 1-0 thanks to a Claudio Marchisio penalty.

Since then, accusations have been thrown at Paredes for intentionally picking up a red card so that he could miss Zenit's next game, and watch the Copa Libertadores final between Boca Juniors and River Plate.

Apparently in Russia, Leandro Paredes of Zenit is being accused of purposely getting himself red carded in order to fly to Argentina and attend the first leg of the Copa Libertadores final between Boca Juniors and River Plate at La Bombonera. pic.twitter.com/VAQDRfBcfa 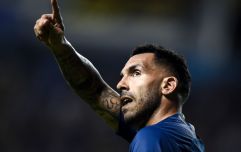 END_OF_DOCUMENT_TOKEN_TO_BE_REPLACED

It will be the first time the two Buenos Aires sides have met in the final of the competition, and Paredes apparently has no intention of missing it.

And to be honest, who can blame him? It's a two-legged Superclásico to decide who is crowned the kings of South America.