Dzyuba has previously been called out for his silence on Russia's invasion of Ukraine.

Russia's captain Artem Dzyuba has rejected a call-up to the national team for the upcoming international window.

Valeri Karpin, the head coach of the Russian national team, revealed during a press conference that Dzyuba had spoken to him over the weekend, where the forward signalled his intentions not to be called up. 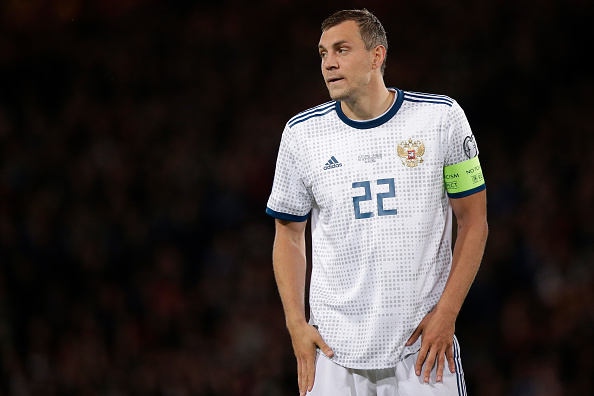 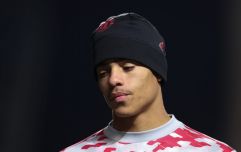 Mason Greenwood remains on bail after arrest on suspicion of rape

END_OF_DOCUMENT_TOKEN_TO_BE_REPLACED

"Sunday we spoke on the phone. [Dzyuba] apologised, asked not to be called up to camp due to difficult situation in Ukraine where many of his relatives live.

"We had a good talk, decided not to pick him, but will stay in touch and monitor his club performances."

Big news in Russian football.
Former #Russia captain Artyom Dzyuba has declined a call up to the national team because of the country’s war in #Ukraine
Dzyuba, who has family in Ukraine, described it is a ‘difficult situation’ pic.twitter.com/jlTMensZD4

RUS manager Karpin: ‘Sunday we spoke on the phone. [Dzyuba] apologised, asked not to be called up to camp due to difficult situation in #Ukraine where many of his relatives live. We had a good talk, decided not to pick him, but will stay in touch & monitor his club performances’ pic.twitter.com/P5mx0l0yxL

END_OF_DOCUMENT_TOKEN_TO_BE_REPLACED

Dzyuba has since explained the reasons behind his absence from the Russia squad.

"I didn’t not join the Russian national team because of political issues," the centre-forward told the Sport-Express newspaper.

"It’s about family circumstances, but I don’t want to go into details.

"It seems to me that there was a misunderstanding, Valeri Georgievich [Karpin] misunderstood me, or his words were misinterpreted." 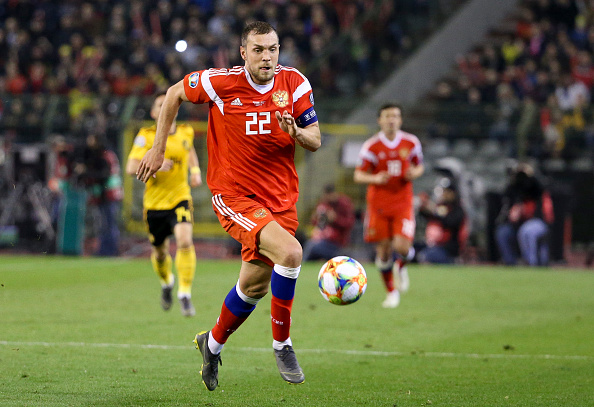 The 33-year-old, who plays up front for Zenit St. Petersburg, the side Russian President Vladimir Putin supports, has family based in Ukraine. Dzyuba's father, Sergey is from Potlava in central Ukraine.

Dzyuba has been criticised in the past by the likes of Vitaly Mykolenko and Oleksandr Zinchenko for his silence on the war in Ukraine.

Everton defender Mykolenko hit out at Dzyuba and his 's***head team-mates' for failing to speak out. The forward responded, claiming that he was 'reluctant to comment' on the invasion. 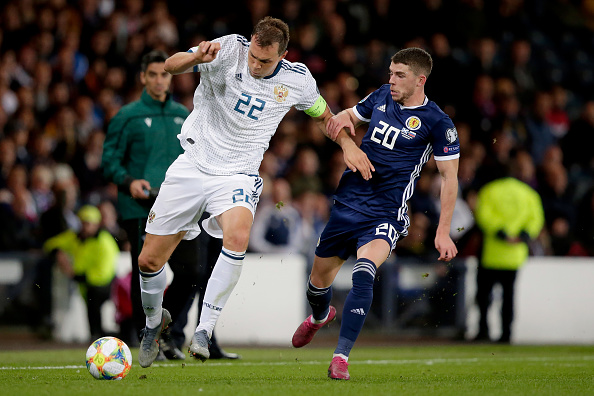 Dzyuba added that he 'was not ashamed of being Russian' and couldn't understand why 'sportsmen should suffer now.'

His response however was slammed by Manchester City's Zinchenko, who insisted that 'evil should be punished on all platforms.'

Russia will be playing for the first time since the war in Ukraine broke out.

Both FIFA and UEFA have banned the country from all of their competitions, including the World Cup qualifying play-offs for a place at Qatar in November.