West Ham United and Ukraine forward Andriy Yarmolenko broke down in tears after opening the scoring for the Hammers against Aston Villa.

The 32-year-old was given compassionate leave following Russia's invasion of Ukraine and returned to the squad for the first time since February for the Premier League clash against Villa on Sunday. 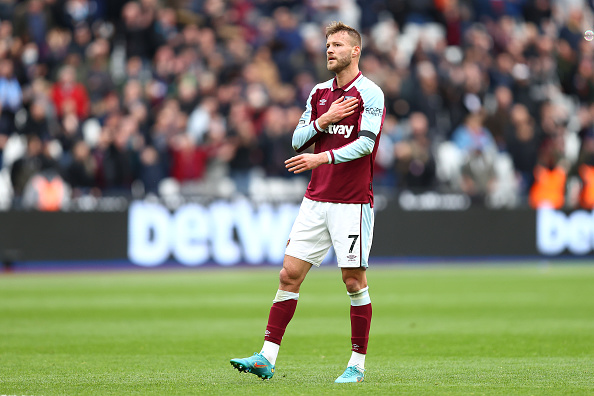 Andriy Yarmolenko breaks down in tears after goal.

END_OF_DOCUMENT_TOKEN_TO_BE_REPLACED

Yarmolenko replaced Michail Antonio in the 51st minute with the game poised at 0-0 and received a heartwarming ovation from both sets of supporters inside the London Stadium.

His teammates were quick to swarm the Ukrainian as he dropped to his knees with his head in his hands.

When the stadium announcer announced the goal as being 'for West Ham and Ukraine', it received a warm round of applause - with Yarmolenko wiping his face after witnessing the support for him.

Yarmolenko's goal - his first since July 2020 - was followed up by Pablo Fornals' smart finish in the 82nd minute, with Jacob Ramsey grabbing a consolation goal for the away side in added time.

Prior to the match, Moyes' said that he was expecting a warm reaction for the returning Yarmolenko.

Barely a dry eye in the London Stadium...

An emotional Andriy Yarmolenko receives an incredible ovation from the West Ham fans at full-time after his goal this afternoon 💙💛 pic.twitter.com/sJASLD6SyL

Andriy Yarmolenko interview after scoring for 'West Ham and Ukraine.'

And after the game, Yamolenko spoke to Sky Sports and gave an emotional interview.

"What happened today? It was so emotional for me because of the situation in my country.

"It's so difficult for me right now in this moment to think about football. Every day in my country, the Russian army are killing Ukrainian people. 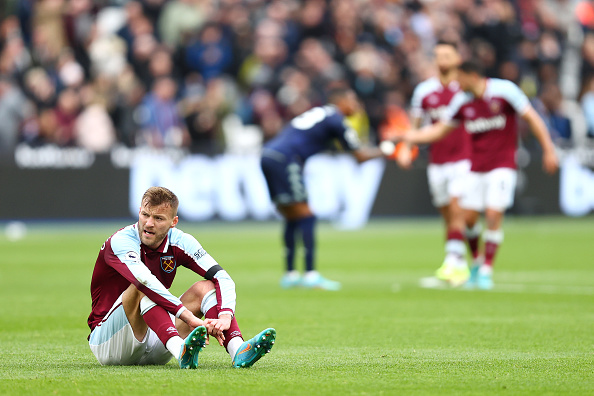 "I just tried to give everything on the pitch. I knew how important the game was for us today.

"I'm not ready to be 100 per cent. In the last two weeks, I've trained maybe three or four times. Since the 26th of February, I rested for four days because it was impossible for me to train. I was thinking about my family and my people.

"After I trained for two or three days, I needed to rest again. I just tried to give everything on the pitch...

"It's really important to feel support, from the manager, from my teammates, from the fans. When I feel it, I give everything for the supporters and the club.

"At this moment, I feel how West Ham as a club and the fans have supported us Ukrainians.

"It was so emotional for me... you know the situation in my country" 🥺️

West Ham's Andriy Yarmolenko gives a powerful post-match interview after dedicating his goal to the victims of the war in Ukraine 🇺🇦 pic.twitter.com/Y9dETIl8Em


popular
Kylian Mbappe reportedly wants PSG to sell Neymar
"The economy was one of the big reasons" - Cadogan's move from an electrician to personal training
Eamon McGee just couldn't help himself with Armagh-melee tweet
QUIZ: Can you name these 50 Premier League players from the 2010s?
Strongest Ireland team to face New Zealand in Test opener, after squad set-back
Robert Finnerty's strut up to the penalty spot was the stuff of legend
Mike Lowry and Peter O'Mahony in First Test contention as Ireland shuffle deck