Monday mayhem as the League of Ireland resumed.

League of Ireland action took centre stage on Monday night as a sprinkler interrupted play at the Belfield Bowl, Jack Byrne's performance reminded Stephen Kenny of his credentials, and tricky wingers stood out for their sides. 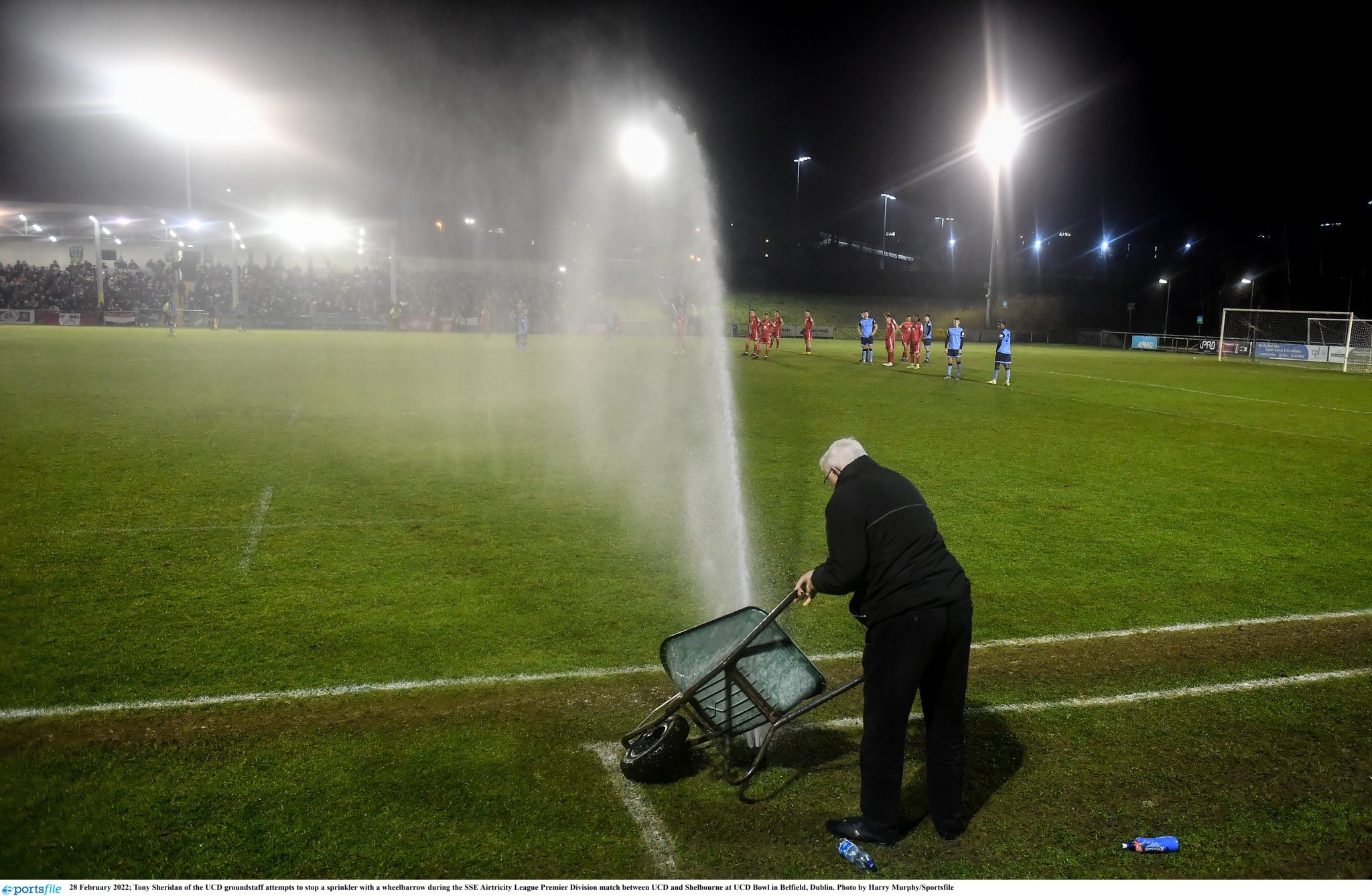 END_OF_DOCUMENT_TOKEN_TO_BE_REPLACED

Sprinklers and wheelbarrows were the main talking points from the Belfield Bowl as UCD held Shelbourne to a scoreless draw on Monday evening.

The main talking point of the match was an eight-minute delay caused by the accidental deployment of a sprinkler. Damien Duff could only watch as a UCD member of staff used a wheelbarrow to cut off the water source.

Duff is getting full exposure to the League of Ireland experience and it is a far cry away from winning Premier League titles with Chelsea. The Shels boss seemed bemused when speaking to LOI TV after full-time, and he saw the draw away from home as two points dropped.

"We are big as a team and as a club on playing simple football. They (Shels) took the simplicity out of their game."

"It's a clean sheet, but after that, I'm not sure what else to be positive about." 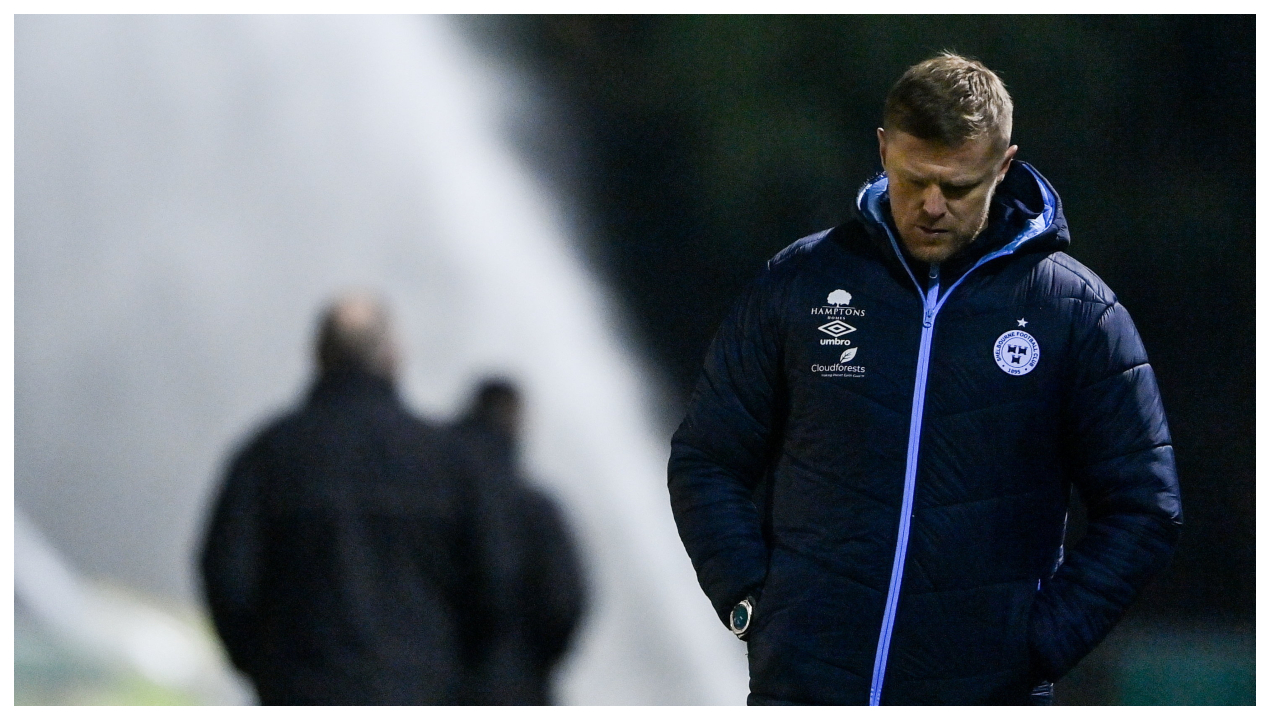 END_OF_DOCUMENT_TOKEN_TO_BE_REPLACED

It was a Rolls Royce performance from Jack Byrne as Shamrock Rovers beat Drogheda United 3-1 at Tallaght Stadium.

The Republic of Ireland midfielder picked out a perfectly weighted through-ball for Sean Gannon as the Hoops opened the scoring in the first half.

The 25-year-old scored Rovers' second of the night before half-time from 25-yards, his thunderous effort struck the roof of the net leaving Drogheda keeper Colin McCabe with no chance of stopping the shot.

The former Man City playmaker will have aspirations to add to his four Ireland caps in 2022. With one goal and three assists so far this season, he is making strides towards that goal.

After a 💎 of an assist earlier, the @ShamrockRovers man gives his side a 2-0 lead with this long-range effort 👇

Hoops boss Stephen Bradley was full of praise for Byrne after the game speaking to LOI TV. Bradley said the more game time Byrne gets, the better he will become.

"He's a top player. He's shown that on a number of occasions. We have to remember he hasn't played competitively in a long time. He had a little knock going into the game tonight so it was good to get 55 minutes out of him."

"The more games he has, the sharper he will get." 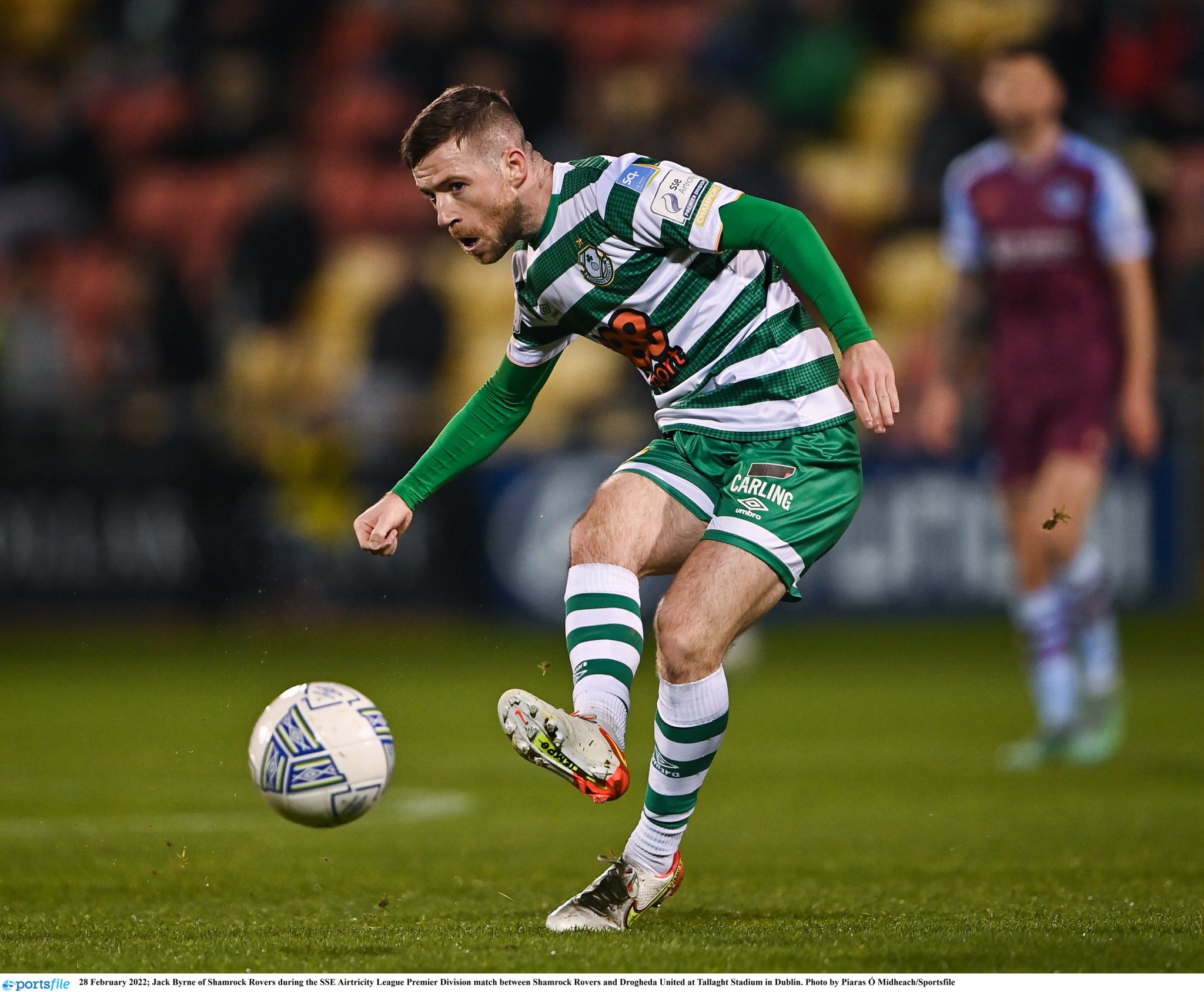 Hibernian loanee Steven Bradley made the headlines once more as he scored two goals for Dundalk as they beat Finn Harps 3-0 at Oriel Park.

The 19-year-old has four goals in three games for the Lillywhites as Dundalk rise to second on the League of Ireland table. After three rounds of fixtures, it's already looking likely that the Scotsman will be a contender for young player-of-the-year.

Before half-time, Bradley scored his first goal of the evening after he cut in from the right-hand side and drilled a left-footed shot past Mark McGinley into the corner.

The youngster completed the scoring with a cracking left-footed effort from the edge of the area in The 67th minute. Bradley's goals ensured O’Donnell secured his first win in the Oriel Park hot seat.

Stephen Mallon hopes to put his injury-ridden 2021 behind him.

Stephen Mallon was the difference between the sides as Bohemians beat St. Patrick's Athletic 1-0 at Dalymount Park.

On Monday night, he pounced on Saints defender Jack Scott's mistake to then use his skill to score the only goal of the game early in the second half. His goal handed the Saints their second defeat in a row to seriously hamper their title aspirations.

The Belfast native had an injury-cursed 2021. He was on the books of Bohemians last season but barely played due to injury. The former Sheffield United player has huge potential and will need a run of games in the Bohs team to thrive this season.

Mallon told LOI TV what it meant to score the winner and talked about his aspirations for 2022.

"To get the goal after the year that I've had and the start at the club. It's an unbelievable feeling in front of a packed-out Dalymount." 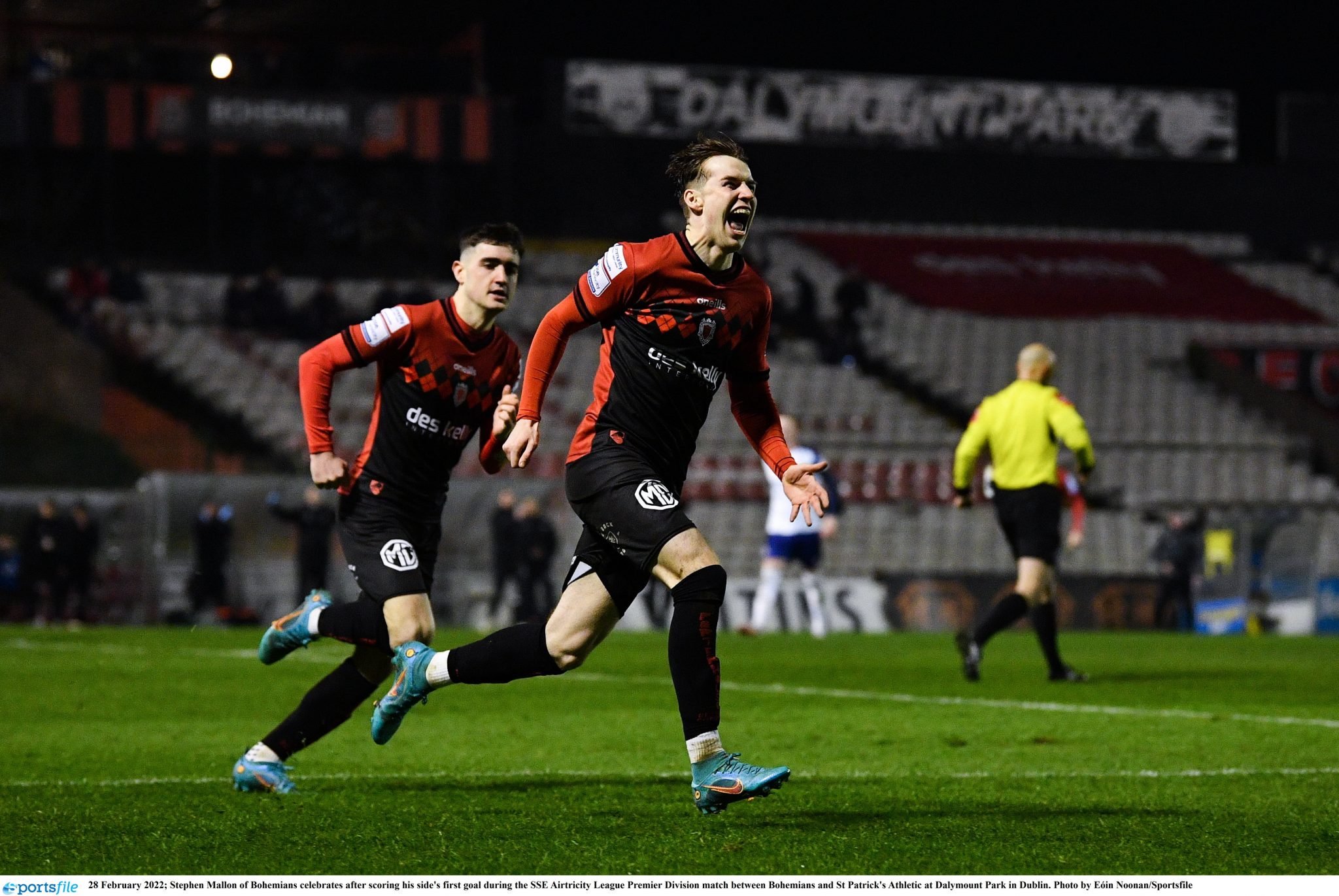