'What we have created has never been done before in Ireland.'

The two-time Premier League winner has added 13 players to his side that won the First Division last season under Ian Morris.

Ex Ireland International and Shamrock Rovers player Joey O'Brien is Duff's assistant. In pre-season, Shels have attempted to put their own spin on Shamrock Rovers' 3-4-2-1 formation. 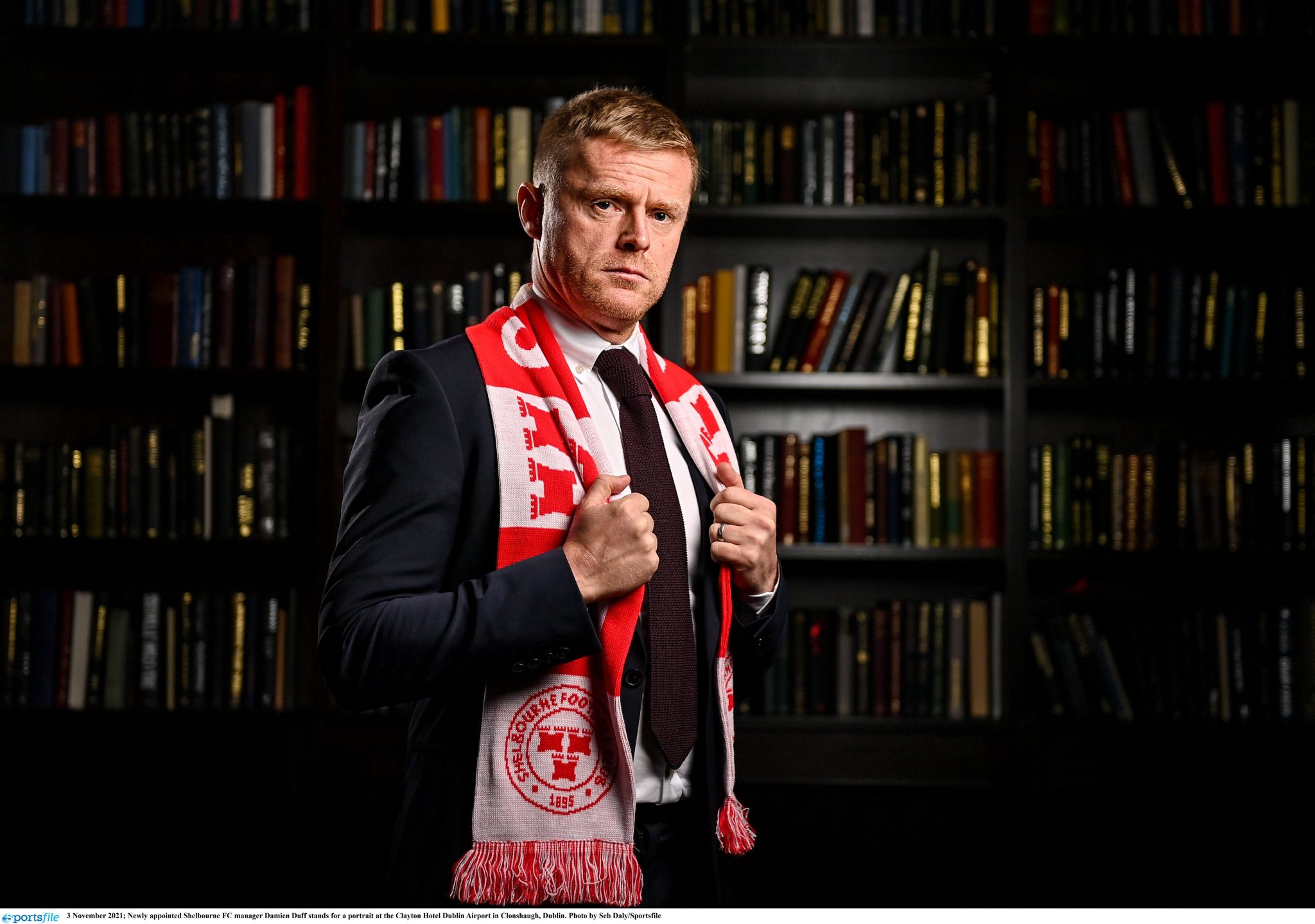 Duff recalled to the Irish Independent what Brendan Rodgers told him. “He said to me ‘In management, you’re always knee-deep in s**t and some days it goes up to your waist, just make sure it doesn’t go to your neck.’ I can see that."

"A lot of people rely on you. Everyone’s problem is my problem." 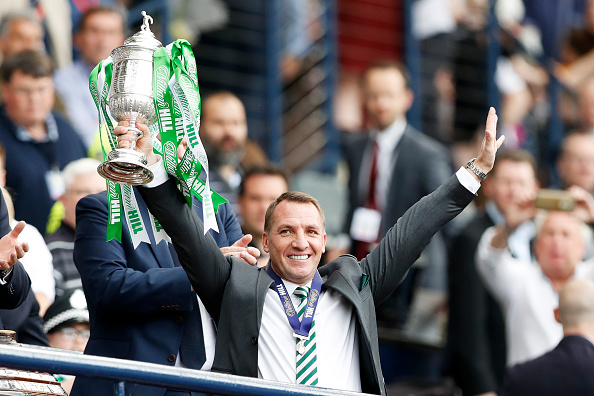 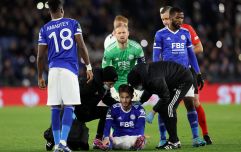 James Maddison felt 'unwell' after going down unchallenged against Randers

END_OF_DOCUMENT_TOKEN_TO_BE_REPLACED

The 100-time capped Irish international says it's been nonstop since his appointment in November. "I haven’t had one day where it’s been a clear easy ride. Always been some s**t to deal with. More often than not, more than one piece of s**t.”

The 42-year-old has been managing his players' lives as well as their football. “I tell them all that I’m there for them 24/7, so I’m helping lads on Daft.ie and getting them property. Actively trying to get lads jobs just to up their wage because it’s not enough here. I’d like to think that I’ve given them everything in every department. Driving lads to scans, f**king anything, and everything. It’s been a real eye-opener.”

Duff on the environment created at Shelbourne. END_OF_DOCUMENT_TOKEN_TO_BE_REPLACED

There was an expectation among League of Ireland fans that Duff would attract big names to the club. Players were not signed based on reputation. 13 new players were brought to Tolka Park with potential and will fit into his system.

“The quality of side we’ve built, it’s an amazing bunch already. What they have done already is something that’s never been done before in Ireland. What I mean by that is they have created, the players have, a full-time, elite environment on a part-time budget. You might correct me, but I don’t think it has been done before."

Duff maintains his side is operating off a limited wage structure. “It’s a part-time budget we work off and they, the sacrifices they have made, training in the morning, giving up jobs. They have created a full-time environment, so they are a special group.” 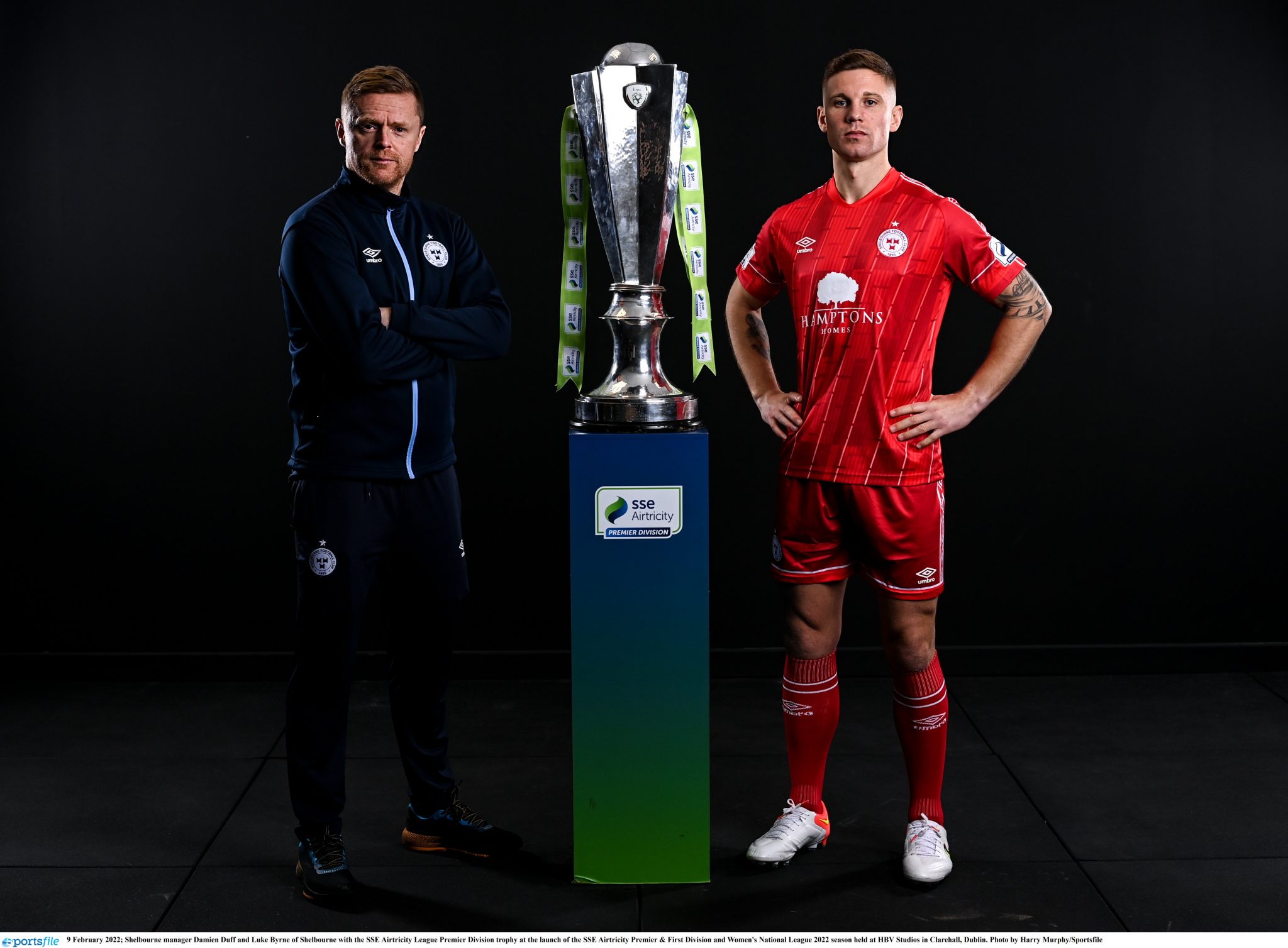 
popular
World Cup 2022 Day 18: All the major action and talking points
Gary Neville sticks up for Ronaldo as contextless pictures and videos taken as gospel
Brazil star responds after Roy Keane slates dancing celebrations
Cristiano Ronaldo's sister blasts Portugal boss' decision to start forward on the bench
Ballyhale's Colin Fennelly felt Ballygunner's victory speech was disrespectful
"There's no soccer, hurling, or rugby" - Kilcoo's secret to success
Eniola Aluko responds to criticism after on-air mistake on ITV
You may also like
5 months ago
Comparing Derry's last semi-final team in '04 to Rory Gallagher's side
6 months ago
"You go out on the field feeling like you're invincible" - Derry players praise Rory Gallagher's management
6 months ago
If you're going into battle alongside Gareth Mckinless, then you will always have a chance
8 months ago
Why Derry could be the dark horse in this year's Ulster Championship
11 months ago
'I don't really know what it is' - Brendan Rodgers on the Europa Conference League
1 year ago
Brendan Rodgers' stubbornness costs Leicester - again
Next Page