"Tallaght is our home, we love playing there."

Katie McCabe has said that the Republic of Ireland women's team does not yet have the attendance figures to move their home matches from Tallaght Stadium to the Aviva Stadium.

Following the recent excellent performances by the Irish team, which included a 1-1 draw away to Sweden, there have been calls for the Girls in Green to play their home matches at the larger Dublin 4 venue.

The Arsenal midfielder, however, suggested that the team first need to sell out Tallaght Stadium before considering making the switch to the 51,700-seater arena. 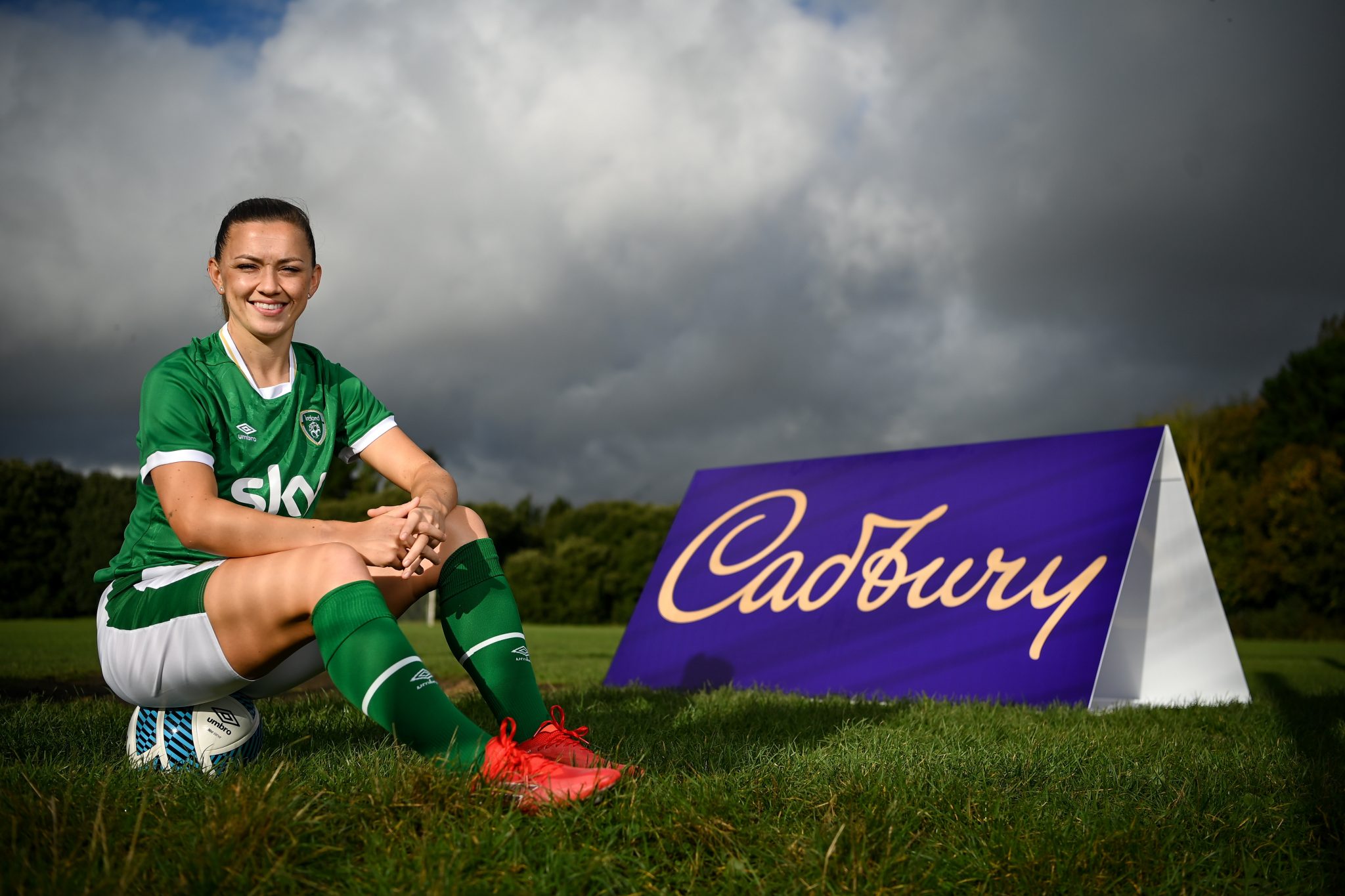 Katie McCabe on playing in the Aviva Stadium.

McCabe, who has won 61-caps for Ireland, was adamant about remaining in Tallaght Stadium and not switching venues mid-way through their World Cup qualification campaign.

END_OF_DOCUMENT_TOKEN_TO_BE_REPLACED

The Ireland captain stated that Tallaght Stadium is the team's 'home.' And, until the Girls in Green sell out the venue in South Dublin, they shouldn't consider switching stadiums. In October 2019, Ireland achieved a record home crowd of 5,238 against Ukraine. 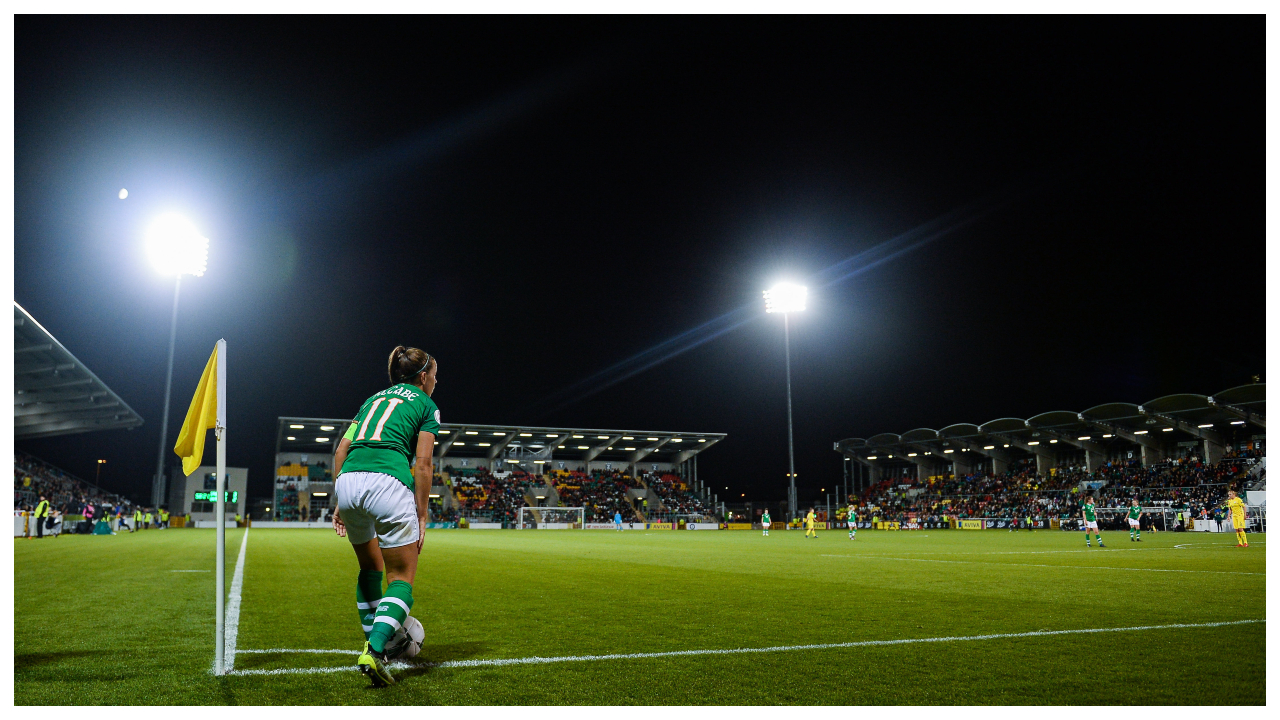 “If you’re asking me should we play Finland in the Aviva Stadium then I would say no. That’s just my personal opinion," McCabe said as she was unveiled as an ambassador for Cadbury's.

"Tallaght is our home, we love playing there," said McCabe, who grew up near Tallaght Stadium near Kilnamanagh.

"I think until we start selling that out there’s no need to jump the gun and start playing in the Aviva." 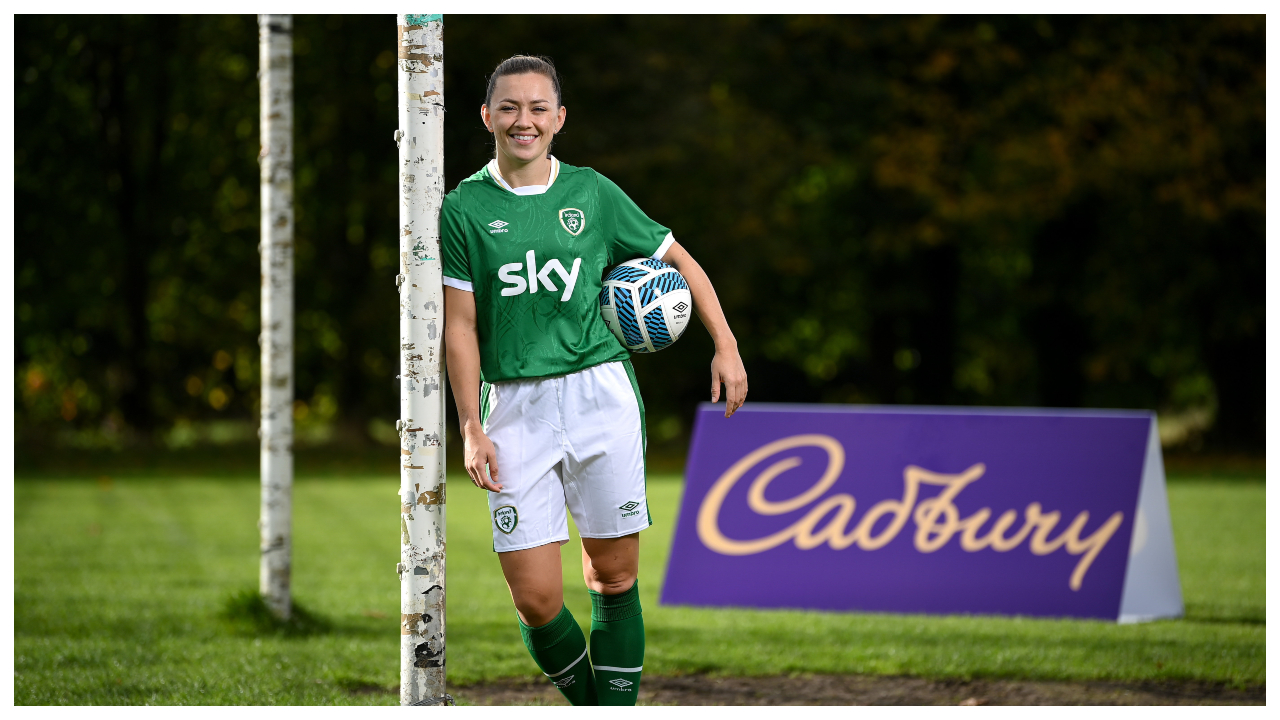 McCabe says when Ireland should move to the Aviva Stadium.

The Girls in Green currently sit third in their World Cup qualification group. McCabe suggested timing is key when making the move to the Aviva Stadium.

Instead of switching in the middle of their World Cup campaign, McCabe suggested that the team possibly play a glamour friendly at Lansdowne Road. England and the USA, two of the sport’s best sides, were suggested as potential opponents.

"I'm not saying we should never play there as the women’s national team, not at all," McCabe said.

"I do think going forward if we want to continue to grow the game, especially in Ireland, Aviva Stadium games would be nice."

"But let’s crack it off with a friendly against England or the USA or something, not in the middle of a qualifying campaign.” 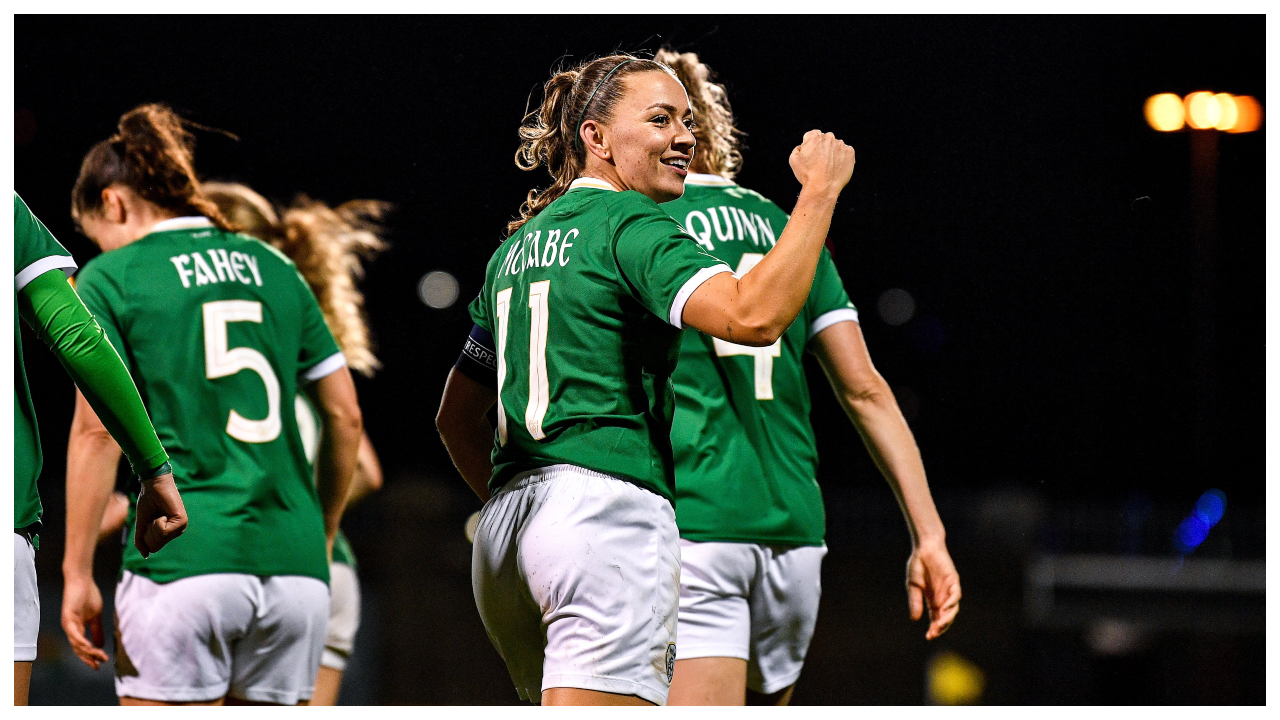 Ireland's next game is a World Cup qualifier away to Georgia on the 27th of June. The Girls in Green have a game in hand and will be targeting to leapfrog Finland in second.

Cadbury have unveiled Katie McCabe, as a brand ambassador to launch a new campaign dedicated to supporting Irish women’s grassroots football, ‘Become a Supporter and a Half.'


popular
Ballyhale's Colin Fennelly felt Ballygunner's victory speech was disrespectful
Brazil star responds after Roy Keane slates dancing celebrations
Samuel Eto'o involved in an ugly confrontation with fan outside World Cup match
Rory McIlroy explains 'falling out' with Shane Lowry that lasted a few years
Roy Keane handled Gary Neville’s goal celebration as most Irish fans would
World Cup 2022 Day 16: All the major action and talking points
Roy Keane reacts to Brazil's jubilant celebrations in first half demolition job
You may also like
4 weeks ago
"I race over to stop him from falling off his chair" - Delaney's shock when he heard O'Neill wanted Keane
4 weeks ago
"I was called ‘the Northerner'" - Martin O'Neill opens up on his time as Ireland manager
4 weeks ago
James McClean gets straight on to Graeme Souness after being told 'to get on with it'
1 month ago
Stephen Ireland explains why his Ireland career ended after only six caps
1 month ago
Stephen Kenny responds to Brian Kerr's criticism of his performance as Ireland manager
1 month ago
"Nobody could touch him that day" - When Roy Keane reigned in Spain
Next Page