As far as VAR drama goes, this one will take some beating.

Juventus, at least for a couple of minutes, looked to have rescued all three points after being made to work extremely hard at home to Salernitana on Sunday evening.

The visitors had taken a lead in Turin inside 20 minutes, then doubled it deep into first half stoppage time.

As expected, Max Allegri's men hit back, halving the deficit Gleison Bremer shortly after the interval. There were no further goals until stoppage time when Leonardo Bonucci snatched an equaliser. 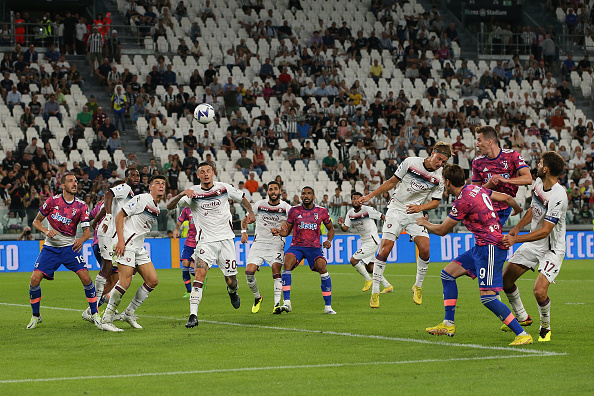 END_OF_DOCUMENT_TOKEN_TO_BE_REPLACED

Juve weren't done there, either. Back on terms, they pushed forward for a late winner. Having won a corner, they appeared to have won it when Arkadiusz Milik glanced a header inside the far post, sparking wild scenes of celebration amongst Juve players and fans alike.

Milik, perhaps understandably, got a little lost in the moment. Forgetting he'd been booked already, he removed his shirt while celebrating, enough for the referee to whip out a second yellow card and send him off before play restarted.

END_OF_DOCUMENT_TOKEN_TO_BE_REPLACED

Still, it didn't matter too much. Juve had their win. Except, no... VAR then decided to take a closer look at the goal and deemed that Bonucci had been interfering with play at the time Milik nodded the ball goal-wards.

Players and coaching staff from both sides tangled in an on-pitch brawl while the referee consulted his monitor, eventually ruling the goal out.

A dramatic ending between Juventus and Salernitana.

Arkadiusz Milik thought he had scored a 96th-minute winner for the Old Lady, having come from 2-0 down to win 3-2...

But the goal was ruled out through VAR and Milik was given a second yellow card for taking his shirt off. pic.twitter.com/Zvny3aTMIn 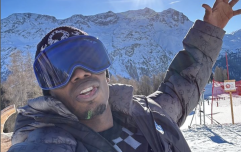 END_OF_DOCUMENT_TOKEN_TO_BE_REPLACED

As if all that wasn't quite enough, Juve were reduced to nine men when Juan Cuadrado was also shown a red, with Federico Fazio also dismissed for the visitors.

Oh, and another angle of the goal appears to show that the defender nearest to the corner was actually playing Bonucci on the whole time.

You may also like
3 months ago
Man City and Juventus among major European clubs scouting young Ireland star, Rocco Vata
4 months ago
"I don't think Arthur is the answer" - Jamie Carragher not convinced by Liverpool's transfer business
5 months ago
Paul Pogba releases statement after brother vows to share 'explosive' revelations about him
6 months ago
Juventus returns for FIFA 23 after three-year EA Sports absence
6 months ago
Juventus statement confirms Paul Pogba has suffered a knee injury
6 months ago
Cristiano Ronaldo switch to Atletico Madrid could rest with Antoine Griezmann
Next Page