"The game plan was to win."

Manchester United played out another 90-minutes of misery on Wednesday night. Jose Mourinho's side fell to a 2-1 defeat away to Valencia in their final Champions League tie of the group stage.

Carlos Soler opened the scoring in the first half before Phil Jones had a Phil Jones in the second half, diverting the ball past the stranded Romero in the United goal.

It goes from bad to worse for Man. United at the Mestalla!#VMSport #UCL pic.twitter.com/WsLKCNF8KB

END_OF_DOCUMENT_TOKEN_TO_BE_REPLACED

Marcus Rashford pulled a goal back, but it wasn't enough to prevent United from slipping to their sixth defeat of the season.

Mourinho made several changes to his team, as they had already secured passage to the last-16. But they still should have been capable of beating a Valencia side that have only scored 12 times in the league this season.

As Young Boys beat Juventus in the other group game, had United won they would have topped the group. Instead, they go into the more difficult side of the draw.

Following the match, there was an interesting moment between Juan Mata and the BT Sport's Paul Dempsey.

The BT reporter asked Mata for details of United's game plan and tactics for the game. The response of the Spanish midfielder was telling. 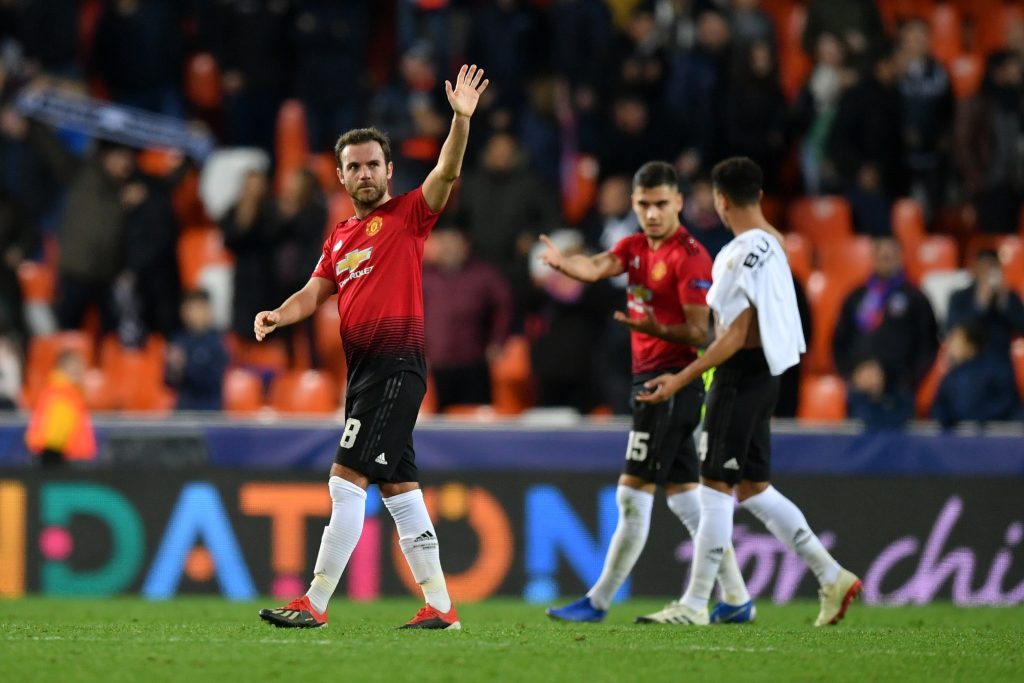 BT reporter: "What was the game plan?"

BT reporter: "How to do it? What was the actual thought behind it (the game plan)?"

Mata: "What do you mean? 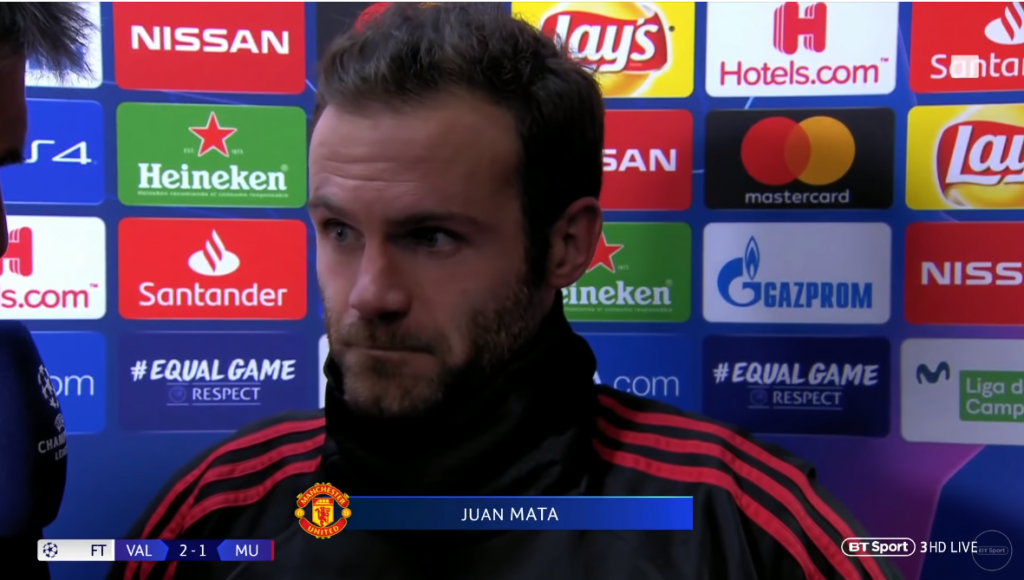 Mata: "I think to show our qualities and play as a team. Some players have not played a lot and it was a very good say for some players to get some minutes.

"It was difficult. It’s a very passionate crowd. We reacted too late. We had some chances at the end but overall it’s disappointing because we know Juventus lost.”

You can watch the exchange here:

Mata's response suggests that there wasn't any clearly defined game plan, which isn't a surprise. If one was to ask Mourinho what was the idea behind his approach in a match, he would also say, "the plan was to win."

Mourinho's sides have long been passive and reactive, sitting off opponents waiting for a mistake rather than taking the initiative and attempting to break them down.

There are no attacking patterns of play. There is no discernible tactical plan beyond don't concede and hope for the talented forwards to create something, or for a set-piece goal. That was evident again on Wednesday night.

You may also like
5 days ago
Paul Merson rang Harry Maguire to apologise for comments made on Sky Sports
1 week ago
Bruno Fernandes explains key difference between Erik ten Hag and Ole Gunnar Solskjaer
1 week ago
Why have some Premier League games been postponed this weekend?
2 weeks ago
Anthony Martial claims Jose Mourinho cost him the World Cup and accuses Ole Gunnar Solskjaer of "treachery"
3 weeks ago
Jamie Carragher defends Harry Maguire as he takes cut at Lisandro Martinez and Eric Bailly
3 weeks ago
Manchester United's likely starting XI for Real Sociedad costs £360 million
Next Page