Jose Mourinho is on the verge of completing his first signing for Manchester United.

Zlatan Ibrahimovic was expected to be the first new arrival at Old Trafford under Mourinho, after reports last week claimed he had agreed personal terms and a one-year contact, but the deal has yet to be officially confirmed.

Instead, Mourinho's first signing will be, true to form, a central defender.

Villarreal's Eric Bailly has agreed personal terms with United, and will undergo a medical this week, according to BBC Sport. 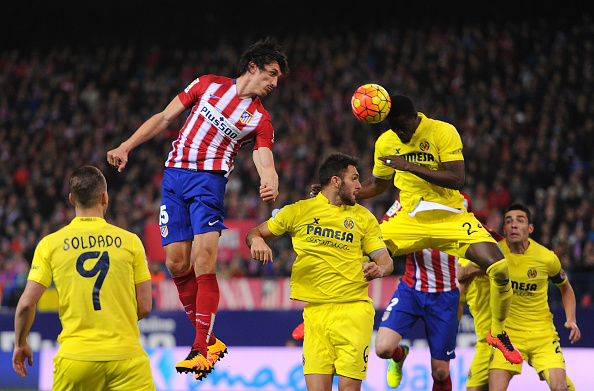 Bailly joined the La Liga side from Espanyol for £4.4m last summer, and was part of the Ivory Coast team that won the African Nations Cup in 2015.

The central defender played 35 games for Villarreal last season as they secured fourth place in the league and reached the Europa League semi-finals.


popular
Galway fans' frosty reception for Davy Fitz doesn't make any sense
The most Stone Age tackle you've ever seen gets South African lock straight red card
Ryan Manning hacked to the ground by Henri Lansbury in ruthless assault
'Brian was a genius... he would've killed you to even win a game of touch'
"Johnno went, 'We’re not moving! You're trying to mess us about!'" - Ben Kay recalls red carpet controversy
Final question of Ryder Cup press conference has Team USA in all sorts of trouble
"Some of the generals wanted me executed" - Irish rugby legend on flag caper that went wrong
You may also like
3 days ago
Jesse Lingard owns costly Young Boys error in heartfelt post
3 days ago
Harvey Elliott hits Man United fan with a zinger after TikTok comment
3 days ago
Rio Ferdinand criticises Jesse Lingard for 'big mistake'
4 days ago
Jesse Lingard drops Man United right in it with horrific back-pass
4 days ago
Paul Scholes says crucial difference can win Champions League for Man United
4 days ago
Jamie Carragher asked some pertinent questions about Ronaldo's United return
Next Page