Eric Bailly's future at Manchester United could be in doubt. The Ivory Coast defender was dropped from United's matchday squad for the win over Arsenal last Sunday and hasn't made a first-team appearance since the 3-2 win over Manchester City last month.

Bailly has missed 121 days of the current season with injuries. An ankle injury kept him out of action between November and February and the 24-year has missed more games this season (26) than he has played (16).

However, when fit, Bailly has been United's best central-defender, so supporters will have wondered where he was for last Sunday's game. 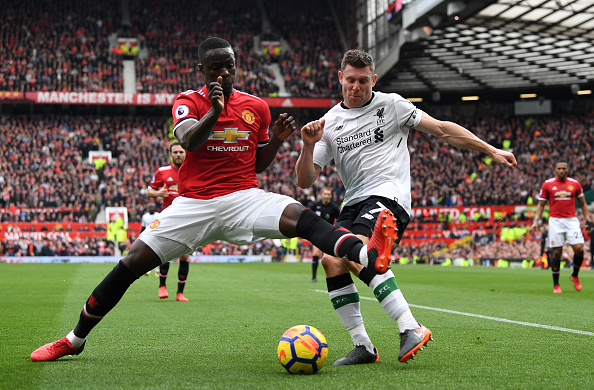 END_OF_DOCUMENT_TOKEN_TO_BE_REPLACED

Mourinho offered no explanation for Bailly's omission at the time but clarified his decision on Thursday morning in his press conference ahead of Friday's trip to Brighton and Hove Albion.

Well, he added fuel to the fire surrounding speculation over Bailly's future.

Mourinho told reporters that the reason Bailly hasn't been involved in the matchday squad is that, unlike his defensive teammates, he doesn't have a place at the World Cup to play for.

José on Bailly "He's the only defender whose country is not in the World Cup so if I have to make a more emotional choice, he's the one I'm not going to help. Rojo, Lindelof, Jones, Smalling, are wishing to make the squad for the World Cup & Eric is not under that pressure"

END_OF_DOCUMENT_TOKEN_TO_BE_REPLACED

Mourinho, or any club manager, does not select his team based on how it will affect an international side, so this seems like a completely bizarre reason to omit Bailly.

On Wednesday, The Mirror reported that Bailly was "worried" about his future at Old Trafford after being "frozen out" by Mourinho.


popular
Man United could be blocked from playing in the Champions League next season
Ireland team vs. France: Form players rewarded and a welcome return
Lionel Messi makes decision on Barcelona return
French media's opinion of this Ireland team becomes clear as vital clash nears
Clive Woodward happy to 'eat humble pie' after bold comments about Ireland
"I should have been more mature" - O'Sullivan's injury trail a cautionary tale for Sigerson casualties
Man United's four player transfer shortlist if Qatar takeover goes ahead
You may also like
1 day ago
Casemiro explains why his name has been spelt wrong his whole career
1 day ago
Man United vs Leeds: Why the game won't be shown on Irish TV
3 days ago
Erik ten Hag draws up three-player transfer wishlist for summer window
3 days ago
Man United ponder appeal as new footage of Casemiro red card incident emerges
3 days ago
Man United squad don't want Mason Greenwood back in changing room
5 days ago
Alex Ferguson on how Owen Hargreaves was 'one of the most disappointing' signings he made for Man United
Next Page