Interestingly, the announcement of a contract extension and serious talks about another were the first moves Manchester United made to let Jose Mourinho know they were calling the shots.

Jose Mourinho has left Manchester United after two and a half years with the club. During his time at Old Trafford, he got a troubled club back into the Champions League and delivered three trophies (and a Community Shield) but they were never realistically in a title race.

Sunday's 3-1 loss to Liverpool put them 11 points off fourth place and 19 off the league-leading Reds.

END_OF_DOCUMENT_TOKEN_TO_BE_REPLACED

Ahead of the game United announced a contract extension for Chris Smalling. On Monday, news broke that Anthony Martial was close to signing an extension himself. Those decisions were made at the behest of chief executive Ed Woodward and must have been a signal to Mourinho that he was losing his grip on power.

The loss to Liverpool, and Mourinho claiming United would be doing well to finish sixth in the league - as well as his fall-outs with a number of senior players - were enough nudges for the club to drop the hammer.

Shortly after 9am this morning, Mourinho was driven into the club's training complex at Carrington. He went straight to a meeting with Woodward and was told, face-to-face, that the club wanted him gone.

A short statement was then drafted and released to the world at 9:46am. Mourinho remained on at the complex for a couple of hours as he took in the news and said his goodbyes to key staff. 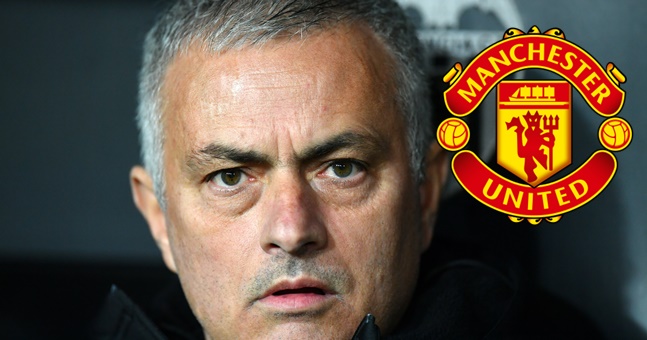 The club made the announcement on Tuesday morning. Jose Mourinho has left Manchester United. The ... 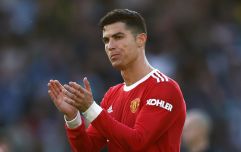 END_OF_DOCUMENT_TOKEN_TO_BE_REPLACED

Had United waited until the team was eliminated in the Champions League - they face PSG in the last 16 - it may have saved them a few million but the flip side was their league position could further worsen if the damage was not staunched. As it turns out, the club will pay to pay £22.5m in compensation to the Portuguese.

Woodward, as chief executive, has made a number of poor footballing decisions since he took over the role from David Gill. Offering Mourinho a contract extension, last season until 2020 (with the option to extend until 2021) appears to be another in a long list of costly mis-steps.

The search is now underway for a replacement but, despite what the club may claim, that search started a couple of months back.

United are briefing certain press members and expect further details to leak about Mourinho's unsteady hand at the tiller in the coming days. For some club legends, it is time to get positive and end the bickering.

The thing that is annoying me the most right now is why are people so focused on @paulpogba and Jose Mourinho. Let's focus on rebuilding something solid instead of being in a playground. Doing this is only disrespecting the badge, from now we only need positivity. #ManUtd #MUFC pic.twitter.com/ClmWqmgf7G

There is a lot of work to be done.


popular
Gearoid Hegarty's harsh red card leads to a heated debate in The Sunday Game studio
French media rave about Caelan Doris and 'Playstation rugby' from Leinster
Liverpool and Chelsea fans go viral after bizarre FA Cup final confrontation
Austin Gleeson sent off as Seamus Harnedy stands up again with an absolute stormer
Phil Bardsley in heated tunnel exchange after controversial penalty
Somehow, we all may have underestimated Johnny Sexton
Rory Gallagher absolutely loses his mind celebrating as Derry beat Monaghan in Ulster semi-final
You may also like
2 days ago
Gerard Pique recalls reunion with 'scary' Roy Keane
4 days ago
Pep Guardiola hits back at Patrice Evra for 'no personality' claim
4 days ago
The Scott McTominay conversation Man United can't put off any longer
4 days ago
"That's what you call a f***ing legend" - Liam Gallagher on video encounter with Eric Cantona
5 days ago
Man United fans slam club for Ajax title tweet
6 days ago
Youthful Manchester United XI that can restore some pride against Crystal Palace
Next Page