Jose Aldo, the consensus greatest featherweight ever, is nearing the end of his UFC tenure.

The last time Jose Aldo alluded to retirement, it was out of anger. Now, some very different emotions appear to be fuelling the talk of hanging up his gloves for good.

In 2016, 'Scarface' announced that he requested a contract termination after being denied another chance to exact revenge on Conor McGregor. He then proclaimed that he wanted to quit MMA entirely and pursue other options because the sport had 'lost its way'. His coach Andre Pederneiras even suggested that he would be willing to take the fight to court if the promotion refused him his wish. If that didn't work, Aldo shockingly suggested deliberately throwing fights in an effort to get his way.

Thankfully, after meeting with Dana White, that insane saga ended. However, ahead of his fight against Jeremy Stephens at UFC Calgary, Aldo has admitted that the end is in sight.

Aldo has four fights left on his current UFC deal. He told MMA Fighting Jose Aldo revealed his that he won't be resigning with the promotion and also hinted that he might not even see it out until the end. While in the past he toyed with the idea of entering free agency or trying his hand at professional boxing, it appears that when Aldo does call time, that will be it for his career as a prizefighter.

“No, I don’t think so. It doesn’t cross my mind to sign a new contract after.” 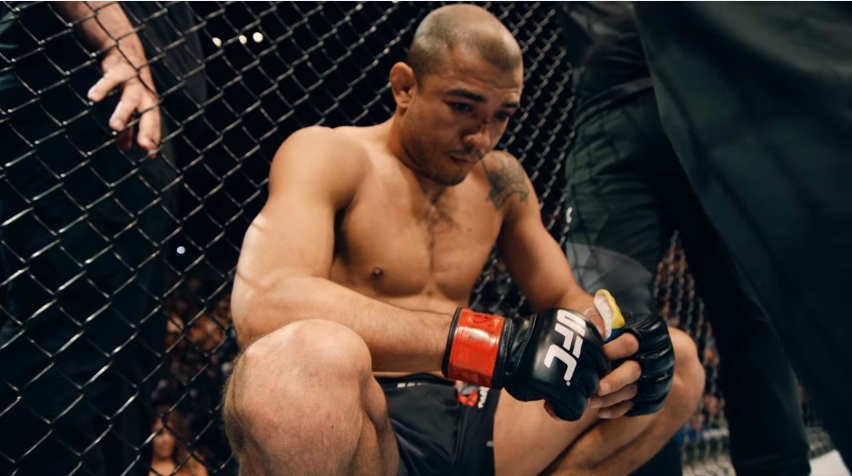 Aldo's motivation is still getting the 145 lb strap back around his waist. However, the day he 'loses the fire' is the day that he will call it quits. If he finds himself out of the title picture, that will likely mark the end of his career.

“That’s why I think it’s the right moment to stop. The first goal is to recapture the belt and then think about it. Not only me, but every athlete fears that. Health comes first, and we have to make sure that doesn’t happen.”

“We’re training each time more because I want to conquer that, but I think that if we don’t get it, I think I do. I think I leave a good legacy for new athletes who are coming up. There are new people at featherweight, bantamweight, lightweight, any other weight class that is inspired by the legacy I’m leaving.”

END_OF_DOCUMENT_TOKEN_TO_BE_REPLACED

Aldo has been knocked out three times in his last four fights, once by Conor McGregor and twice by Max Holloway. Before the first KO loss of his career, he went on a nine-year unbeaten run. No fighter has come close to his record of nine consecutive UFC/WEC featherweight title defences.