Jordan Henderson: The best worst player in the Premier League

Of all the footballers who don't really do anything, Jordan Henderson is by far the best of them.

You watch Liverpool without him and you never think that they're crying out for a Jordan Henderson. You don't exactly think they're missing him.

You watch Liverpool with him and he's just there in everyone's road, not making any mistakes but not exactly doing much else either.

When it all adds up though - whatever it is Henderson is bringing to add up - it amounts to the fact that Liverpool play better as a team with Jordan Henderson than they do without him.

Even if it's unclear exactly why. 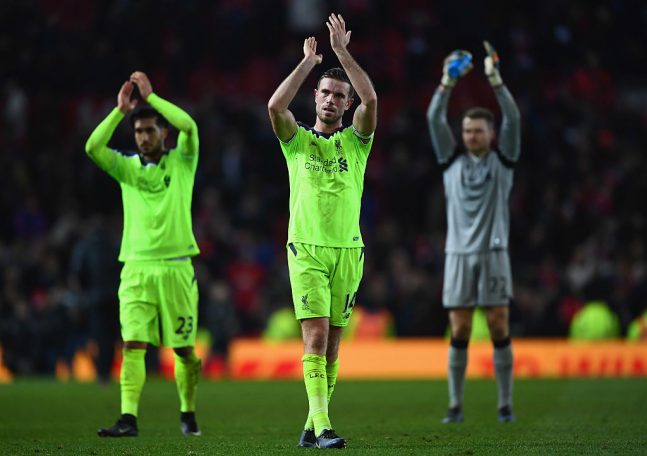 There's nothing bad about any of the English man's abilities. He can take a touch, he can pass accurately, he can swing his right foot and connect with the ball properly. Technically, he's grand.

It's not something you think others couldn't do but what's most fascinating about Jordan Henderson is that his biggest problem might just be his biggest strength.

He plays without really thinking. He makes his mind up before the ball comes to him. If Henderson has decided to cross it, it's getting crossed first time. If he's decided to clear it, it's going hard and it's going long. If he wants to roll it five metres in the other direction, he'll already have his body set up to do so, no matter what is going on around him. 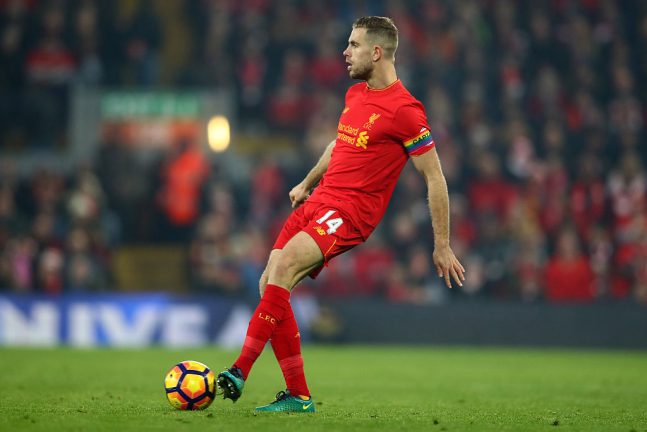 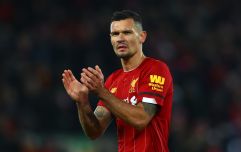 END_OF_DOCUMENT_TOKEN_TO_BE_REPLACED

He never gets caught in possession, he rarely makes a mistake and, when he decides to cross one or lash one at goals - however far in advance that decision is made - sometimes it pays off. It's always win or bust with Henderson - his moves end within split seconds, even when he decides to run a little with the ball - but the bust is never at a cost. It's just a wide, it's just an over-hit cross, or it's just another team mate in possession.

He's a wet dream for someone like Ashley Westwood at Aston Villa - someone who's purposefully ineffective for fear he might ever do something wrong. But he's a T1000 version of Ashley Westwood. A much more advanced, more impressive, more useful model.

Henderson might've designed his own limitations, but he plays to the absolute limit inside of those. The result is a player that even one of the most exciting and adventurous managers in world football can make room for. 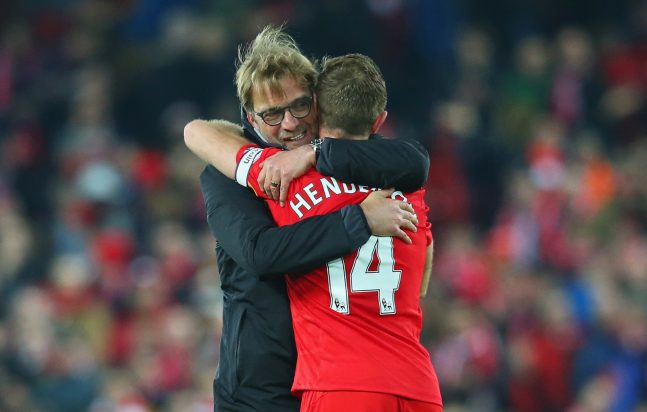 After the Burnley game back in August, Liverpool fans hit the panic button. The team had lost, the transfer window was still open, and Jordan Henderson was still in the side. It didn't need spelling out.

Jurgen Klopp stuck to his guns though and, game by game, the captain is winning back the fans very quietly without them really noticing - literally.

"I remember after the Burnley game, everybody told me that we needed to buy a new number six because Henderson can’t play as a number six," Klopp stated this weekend.

"We need a real warrior, a real fighter.

"Five or six months later, he is the most underrated player in England." 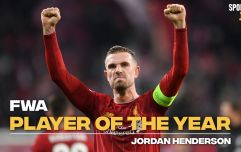 END_OF_DOCUMENT_TOKEN_TO_BE_REPLACED

Henderson might've reined in what he can do on the ball but, off it, he's become a bit of a beast. He's fast, he's strong, he's aggressive and he doesn't stop.

He might not chalk up as many tackles as the best holding midfielders in the world and he might be on down the rankings in terms of interceptions and what have you, but his imposing presence has become a pest to opposition players who'd rather turn around and go somewhere else rather than thread a ball through what seems like an ever-present brick wall of an anchor tied to the Liverpool ship.

He'll never be considered as one of the best and he might never be fully embraced by everyone. He might never really do anything on the pitch but, somehow, for some abstract reason, he'll make teams better on the pitch.

Gerrard's slip has masked over the fact that he was the one who was missing that day - having been red-carded in injury time in the win against City. It might be mere coincidence but this man is making a fine career now out of what some people are still trying to write off as coincidence.

Listen, you won't win any league titles with 10 Jordan Hendersons - you won't get anywhere near it.

But maybe, just maybe, you couldn't win one without him either.

popular
The SportsJOE 12 o'clock quiz | Day 140
Only a Champions League fanatic would get full marks in this quiz
Rory McIlroy speaks superbly on conscience call that cost him at US PGA
Robin McBryde on training session that sent message to Leinster's international stars
"There's times I do think I probably have let people down but in fairness, I have got good support from back home"
Jonny Hayes and Aberdeen teammates apologise after Covid cluster shutdown
Derrick Lewis will make more money at UFC 230 than his last three fights combined
You may also like
7 months ago
Trent Alexander-Arnold is redefining what it means to be a right-back
9 months ago
Liverpool to win the league? Not so fast
11 months ago
The Football Spin: Lampard's blues, Sterling's class and the lingering VAR debate
1 year ago
"Jordan Henderson is an example I would give to any young footballer"
1 year ago
Hand ball rule explains why Sissoko offence WAS a penalty
1 year ago
Real Madrid make contact with Liverpool's Mohamed Salah
Next Page