While his teammates were thinking about their pre-match meal, John Obi Mikel was coming to terms with the fact that his father had been kidnapped.

Just four hours before Mikel took to the pitch for Nigeria's crucial World Cup group clash with Argentina, the midfielder was told that his father was being held for ransom. The Nigeria captain was warned that his father would be shot if he raised the alarm, with the kidnappers demanding N10 Million (€23,760) to release Pa Michael Obi safely.

Mikel's father was kidnapped on the Makurdi-Enugu expressway on June 26, while travelling to a funeral, but the former Chelsea midfielder kept the issue to himself and made his way to the Saint Petersburg Stadium.

"I was confused. I did not know what to do, but in the end I knew that I could not let 180 million Nigerians down," Mikel told ESPN. 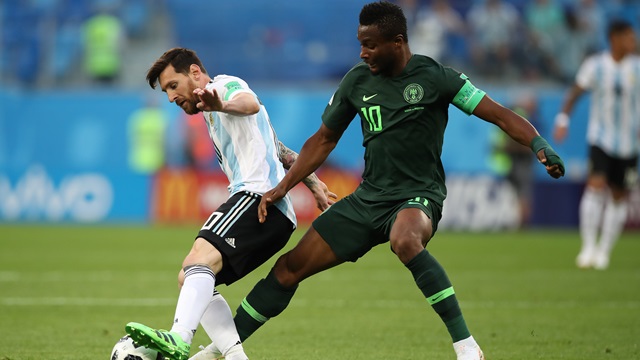 "I had to shut it out of my head and go and represent my country first. I was told that they would shoot my dad instantly if I reported to the authorities or told anybody.

END_OF_DOCUMENT_TOKEN_TO_BE_REPLACED

Mikel played the full 90 minutes as a late Marcos Rojo goal eliminated the African side from the World Cup. Pa Michael Obi was rescued on July 2 when police exchanged fire with the kidnappers. He was transported to hospital for treatment, with suggestions that he had been tortured while held captive.

This was the second time that Mikel's father has been kidnapped. He was also abducted in 2011, when he was released after 10 days. Measures are now being made to improve the security around Mikel's family in Nigeria.