Slane, Sydney and the sitting room: 19 years of McAteer memories

Do you remember Gary Kelly being sent off? I certainly don’t.

Jason McAteer’s goal against Holland is in its rightful place; among the very greatest Irish goals. It was a seminal moment in Irish football, giving a new generation of fans raised on songs and stories of Italia 90 a reason to believe. Now, in days when sport remains under lock and key for so many, it’s a reminder of how fans make it special. Their presence, their noise, their stories.

"I didn't touch spirits for 3 years after that night." - Kieran O’Brien 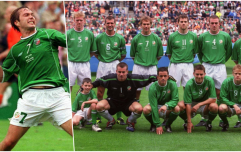 END_OF_DOCUMENT_TOKEN_TO_BE_REPLACED

Many images stand out from that game 19 years ago. Roy Keane stamping his authority on Marc Overmars in a manner any Cork GAA man would be proud. A sheepish Shay Given giving a shrug after blatantly blocking Ruud van Nistelrooy from a simple tap-in. The infamous no-look handshake between Keane and Mick McCarthy after the game. The ball hanging in the air from Steve Finnan’s scooped cross, as the entire Irish population asked themselves “is he onside?”, the only logical explanation for McAteer being in that much space in the box.

But we’ll get to that. 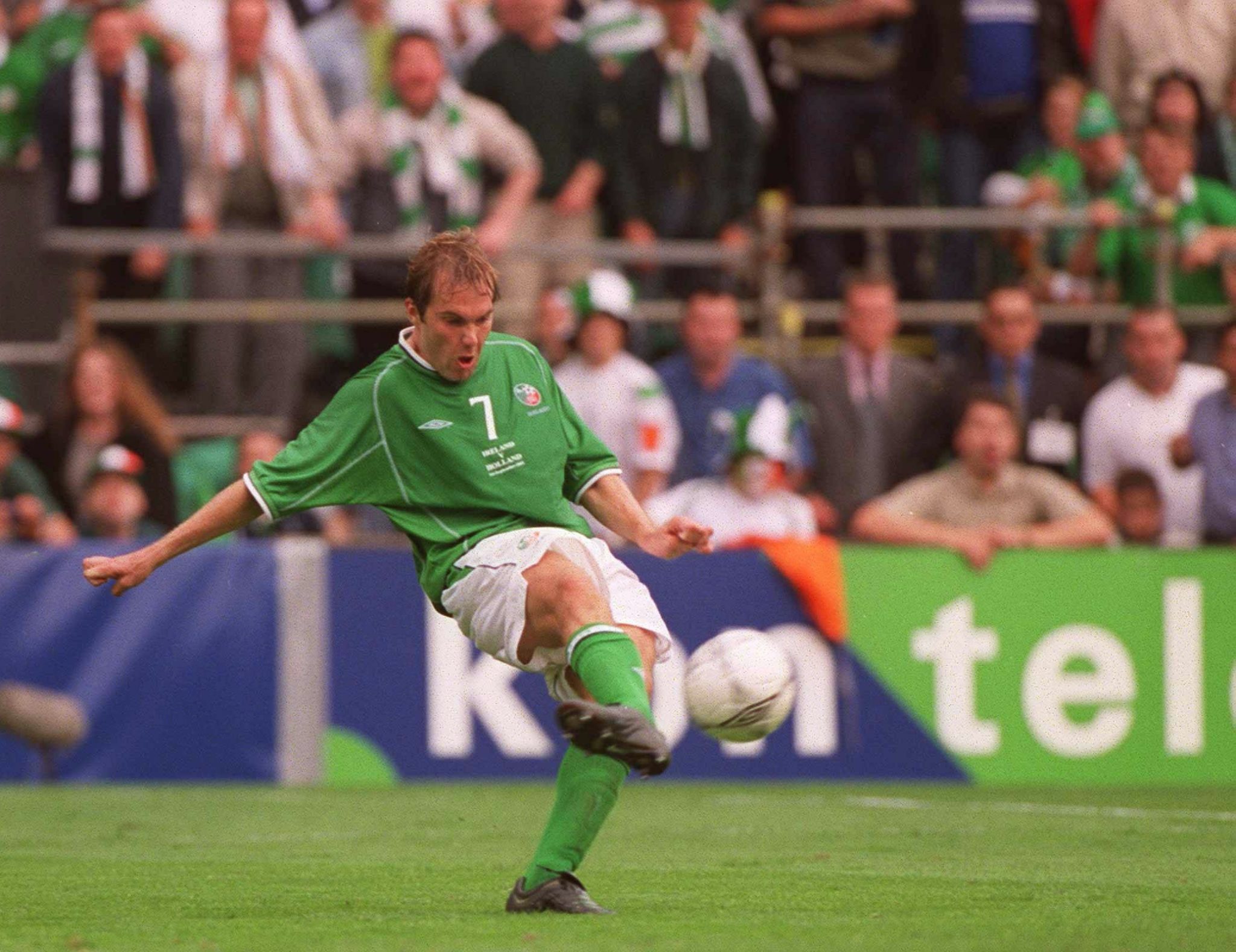 1 September 2001 was, simply, the day Ireland returned to the world stage. Traditionally, it was the day that we would return to school. Everyone would trudge back in shirts and jumpers too scratchy for the latent summer heat, the last of Tip the Can played and books freshly coated in wallpaper (yep, wallpaper). But this year, it landed on a Saturday, miraculously extending the summer by an extra weekend. For those of us still of school-going age, it was like a leap year’s additional day. Something special. 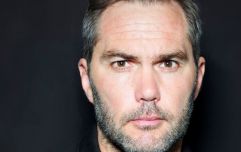 Through the Storm: Liverpool’s mental health documentary is a powerful watch

END_OF_DOCUMENT_TOKEN_TO_BE_REPLACED

This was the biggest result the boys in green had had since toppling Italy in Giants’ Stadium seven years prior to that. It was, for the generation of post-Charlton fans just coming to footballing consciousness, the first taste of what following the Irish football team could really be. It remains as visceral to watch 19 years on as it was that day

"Extremely drunk in a bar in Sydney, watching it at some crazy hour of the night. I was that drunk I was convinced that I had seen the game before and that it finished 1-1. Was going around telling random people they were watching a recording of a game that had finished hours ago!" - Michael Cullen

It capped a pretty incredible qualification campaign that had placed Ireland alongside Holland and Portugal, as well as our traditional best mates Estonia, Cyprus and Georgia. Ireland finished that group unbeaten, 24 points from a possible 30 and a goal difference of +18. To finish that group behind Portugal only on goal difference, and 4 points clear of Holland, both teams having been beaten finalists in EURO 2000, was nothing short of remarkable.

"On a plane on way to Boston. Never forget the Pilot announcing the result just before we landed.. The plane erupted as if we were on the South Terrace" - Mark Grundy

The game itself is well-documented, etched permanently into the mind’s eye of every Irish football fan. Like so many of the big days, we kicked every ball, we felt every tackle and we scored that goal alongside the team.

"Crammed into a tiny Irish pub in Portals Nous, Mallorca. Every Irish person local to the place was there. Was manic. One bar man working so an Irish fella called Vinnie offered to help out. He helped the pints out at record speed but wasn't as quick to take money in return!"- Brian Canavan

But what is different about that game, from fan to fan, is how they watched it. For me, it’s what makes the McAteer goal and the game against the Dutch so special. Everyone seems to have a story. More so, perhaps, than any other Irish game.

For many, it’s synonymous with Slane, and U2’s headline concert. So many people remember watching it on the big screen, with plastic pint glasses hurled in the air as van der Saar was rooted to the spot. A lot of other people were on the long, long walk into the castle in the depths of the Boyne valley, hearing the roar of the crowd and putting two and two together. Some were in pubs around the Meath town, others roaring in packed cars as the radio commentators became indecipherable with excitement.

"I was 13 years old at Slane Castle. They showed the second half on the screen, when he scored, it was the most Irish scene I've ever seen, everybody just went mental. It was like a party - when I see the 1990 community videos, this feels like my only taste of something like that."- Duane Doogan

Bono would later thank the Irish team for being “the best warm-up act” U2 had ever had, and at one point the frontman wrapped a tricolour around himself and said “close your eyes and imagine that I’m Jason McAteer”, something probably uttered by many Irish men in bars that night after a day’s celebrations.

McAteer would reveal later that Bono had called him and asked him to join the band on stage at that moment, but a combination of having already arranged to go for a pint with former teammate John Aldridge and assuming that the conversation was a prank, Macca refused the offer of a lifetime. It’s probably for the best, I don’t think the fans present ever would have recovered from a moment like that. 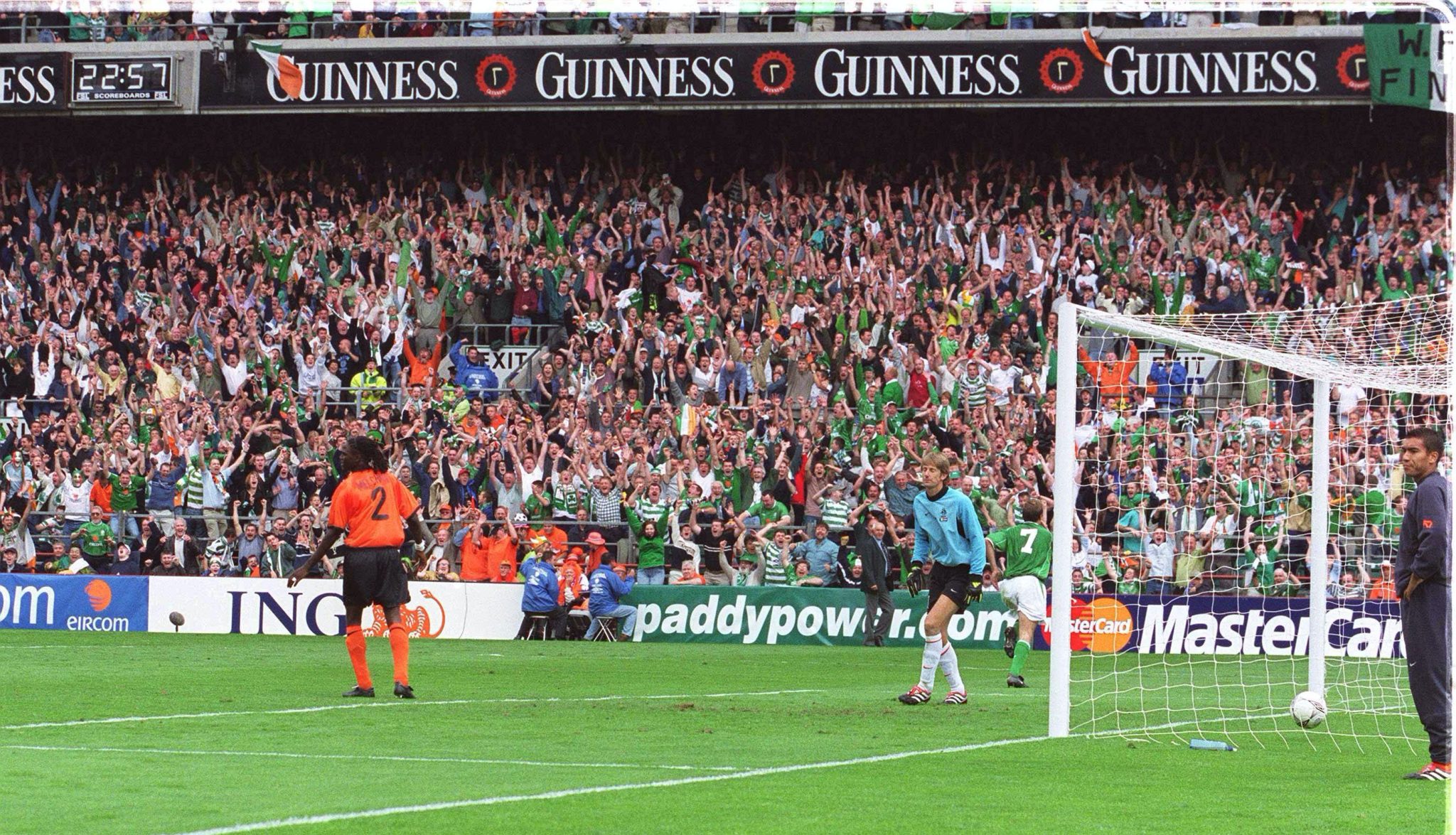 Outside of Slane, the stories sound in many ways like every seminal Irish match. Those who missed it for family occasions such as weddings, ex-pats watching the game at a crazy hour and paying even crazier money for the privilege and countless families huddled around TVs at home or in pubs, the younger kids sated with multiple packets of crisps and cans of Cidona.

"Was only 8 in a pub in Swords. Kept getting annoyed at my dad for shouting 'Gewon Holland!' until he explained to me there was a lad on the Irish team called Matty Holland."- Niall Farrell

Those present in Lansdowne Road talk of a febrile atmosphere, one of raw nerves and frantic belief. The noise that greeted the ball hitting the net rocked the soon to be demolished stadium to its foundations.

"I was there in the old West Stand. I thought it was going to collapse when we scored."- Kev

You can see in the old footage an absolute mill of limbs, a surge of bodies, and many mention ending up a few rows back or forward from where they had been standing prior to the goal. It was Lansdowne Road at its absolute finest, Irish football at its zenith on home soil.

"Our cousin had got some Dutch tickets through work so 6 of us managed to get in with only 4 tickets. We were warned not to celebrate if we scored needless to say that warning went out the window when McAteer scored that screamer!!"- Paddy G

Me? I was 10 years old, in the sitting room with my Dad, my brother and my football-mad neighbour. I remember being fascinated by the offside flag graphic that would pop up whenever someone strayed too far in attack, and I would consistently draw people's attention to it in a way only a young kid watching a 90 minute match can manage. At one stage, it appeared in the corner very late on in a dangerous Dutch attack, with my brother saying something along the lines of “well it took its f***ing time popping up there!”. I think he thought I was in control of it. I think I did too.

The goal is a blur of knocked over glasses and flying cushions for me. Did anyone actually see a replay of it until after the game? I certainly didn't. For me, it is the first real memory of a famous Irish win. It was the first inkling of what a major tournament could bring. It is a feeling I have chased as an Irish fan ever since, and one that has only been surpassed on a handful of occasions.

The goal was one that would be replayed time and time again on the 6.1 and 9 o’clock news, VHS cassettes, Reeling in the Years and was still relevant when it became a Bebo flashbox staple a few years on. Kids attempted to recreate it on greens around the country, the arced run of McAteer's celebration became a time-honoured tradition in many a game of World Cup Doubles over the years.

Once again, Ireland were rubbing shoulders with the best teams in world football. Once again, Irish fans had the audacity to dream. 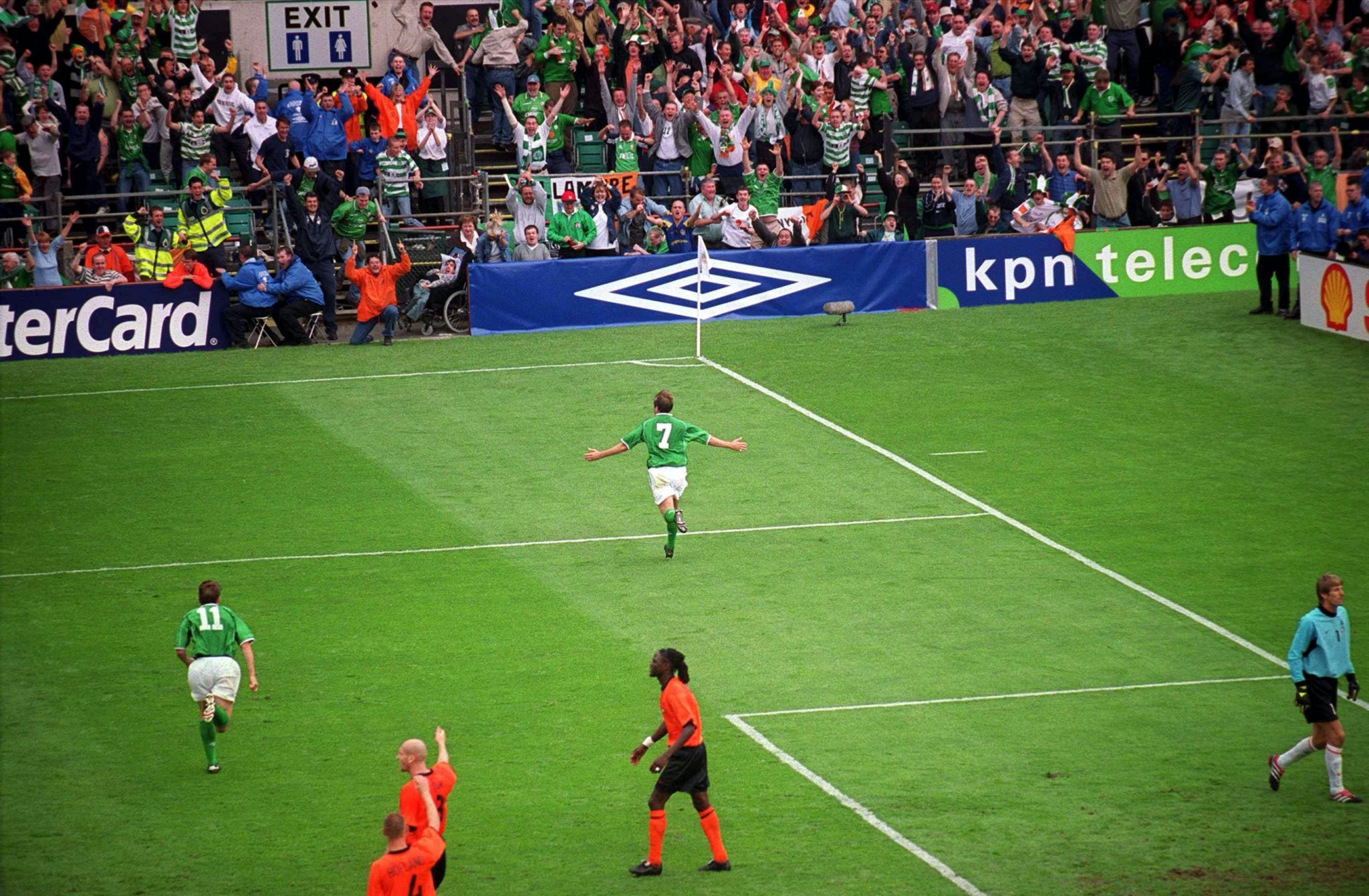 
popular
Specsavers troll former Liverpool star for Darwin Nunez headbutt claim
“Players flourished when Roy Keane left” - Rio Ferdinand on why Keane was a 'detriment' to Man United
"To be able to call myself the fastest man in Irish history is just amazing" - Olatunde overjoyed after record-breaking run
The moment Israel Olatunde realised he qualified for the Euro 100m final is what it's all about
"I went up to the Italians and gave them a big auld shoulder" - Paul O'Donovan does it again
Jamie Carragher on the three Man United players Erik ten Hag can't trust
Jurgen Klopp reacted like everyone else to Darwin Nunez headbutt red card
You may also like
5 years ago
Jason McAteer's rejection from Manchester United is both amusing and inspiring
5 years ago
Jason McAteer claims Steven Gerrard needs to bide his time and learn from Jurgen Klopp at Liverpool
5 years ago
Wayne Rooney was "overweight" and "sluggish" against Burnley, according to Jason McAteer
5 years ago
Jason McAteer tells SportsJOE the truth about the Liverpool Spice Boys - and why he still "resents" Gerard Houllier
5 years ago
Jason McAteer on the Roy Keane he knows and the Roy Keane the public sees
5 years ago
"I just started spiralling out of control" - Jason McAteer opens up to SportsJOE about his depression and suicidal thoughts
Next Page