The Liverpool vice-captain claimed that the Sky Sports pundits wouldn't make the current Liverpool team ahead of Joel Matip or Ibrahima Konate.

"Like the squad or the 11? He wouldn't even make the full squad, or the first 20, he would be in the stands", said van Dijk.

Head to my YouTube channel The Overlap to watch the full episode if you like ❤️https://t.co/zYt4Hjrib4 pic.twitter.com/V7dgmCkMfR

"You have to really think about it, you have two centre backs playing. Hopefully I'm playing and then Joe Gomez now. Then you have Matip and Konate [he wouldn't get ahead of them].

END_OF_DOCUMENT_TOKEN_TO_BE_REPLACED

"He played many, many games for Liverpool but I think the modern day game, Matip and Konate would be ahead of him."

Carragher already responded on Twitter, posting a stat that highlighted how he and former Anfield goalkeeping hero Pepe Reina kept more clean sheets in their first 200 games together than van Dijk and Alisson. 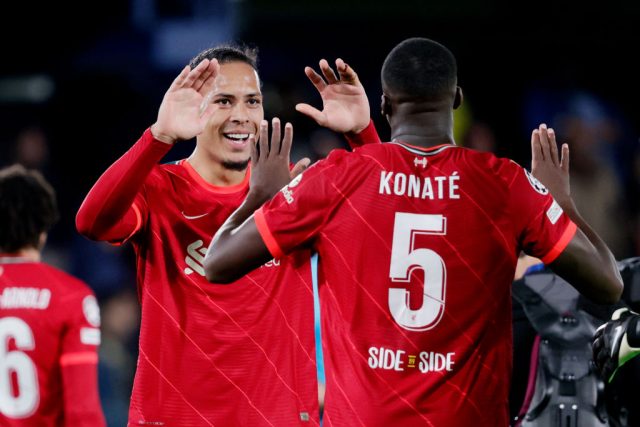 END_OF_DOCUMENT_TOKEN_TO_BE_REPLACED

However, following yesterday's Champions League draw in which Liverpool got Real Madrid, the 2005 European Cup winner wanted to underline his point.

Carragher posted on Twitter a photo of the Liverpool team that last beat the Spanish giants back in 2008, and tagged his verbal sparring partner in it.

"Last @LFC team to beat Real Madrid, 5-0 on aggregate! Hopefully you can keep two clean sheets @VirgilvDijk in the next clash! #ChampionsLeague"

Hopefully you can keep two clean sheets @VirgilvDijk in the next clash! #ChampionsLeague pic.twitter.com/tliSj5XKpr

That Rafa Benitez team hammered the Galacticos of that era 4-0 at Anfield, with goals coming from Fernando Torres, Andrea Dossena and two from Steven Gerrard.

They then won at the Bernabeu 1-0, meaning that Carragher and his centre back partner Martin Skrtel kept back-to-back clean sheets.

Throwback to a very memorable European night at Anfield in 2009 ✨ pic.twitter.com/AMRxCnM3r8

As successful as this current crop of Liverpool players have been, Real Marid have been a bit of a bogey team for them.