"You're one of the few lucky ones that have been asked back, so you must have done something right!"

During his last appearance on The Football Spin, Jamie Carragher was eagerly looking forward to the day Liverpool would be declared Premier League champions. Five weeks on, and four weeks since that title win was confirmed, he returns with an even broader grin.

Carragher will be part of the Sky Sports team at Anfield this evening when Liverpool - after their league encounter with Chelsea - will raise the Premier League trophy aloft on a stage constructed on The Kop.

With Jürgen Klopp's men 15 points clear of Manchester City and still able to finish on 97 points, the only suspense for Carragher will be if injured Liverpool captain Jordan Henderson goes 'the full John Terry, with shin-pads and tie-ups' when he lifts the trophy.

During a wide-ranging interview, which covers Chelsea's deleted tweet about Steven Gerrard's slip and his thoughts on David De Gea, the former Liverpool defender tries to capture what this league win means to the club, their fans and the city. 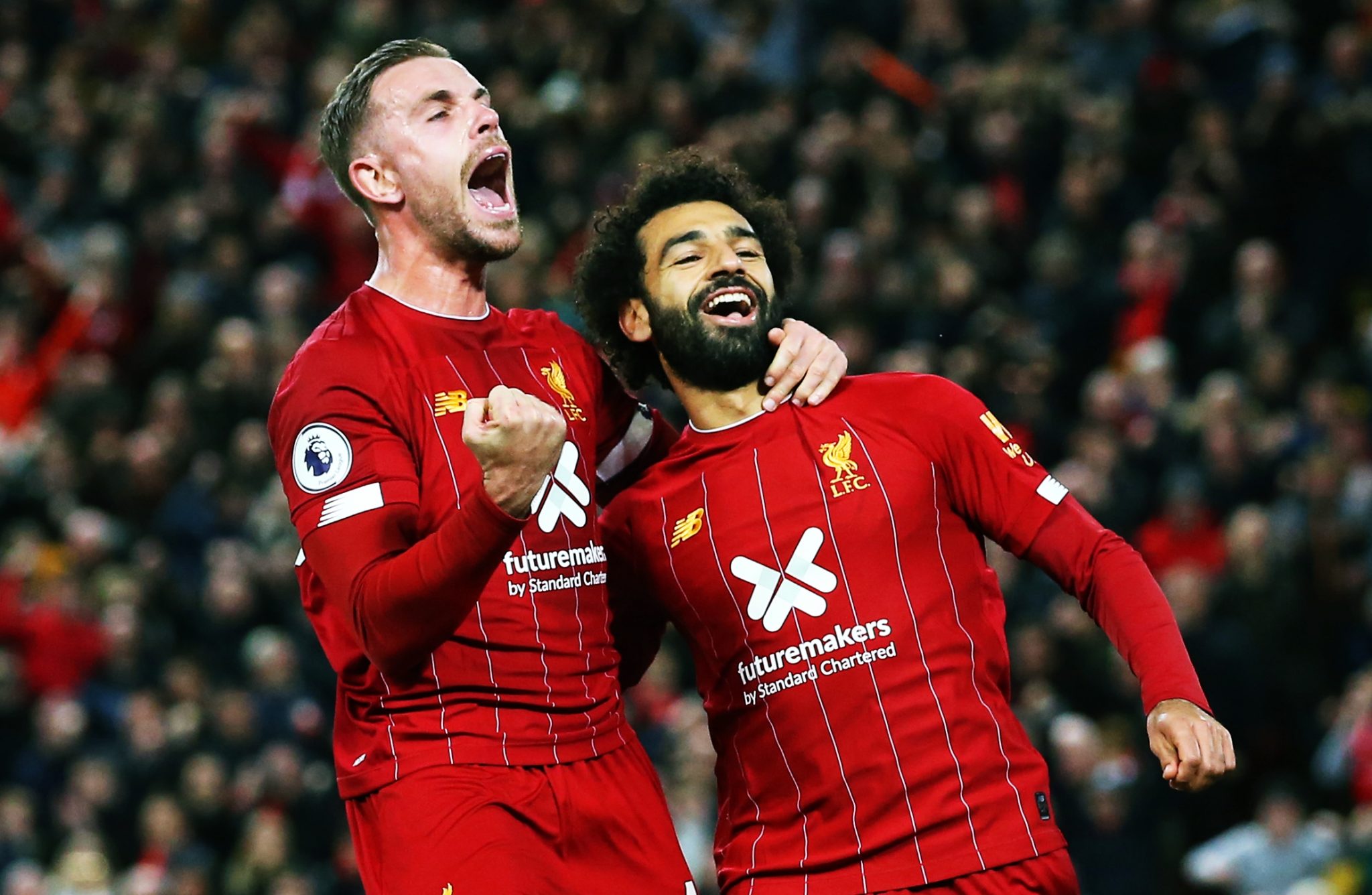 "I often feel that a lot of players," Carragher reflects, "when they leave their club, they become bitter. They don't want someone to achieve more than them or be better than them, so they can hark back to their days.

"For four or five years and before Jürgen Klopp came along, people were saying, 'They need a Jamie Carragher in defence', and it's nice to hear, don't get me wrong, but I'm absolutely delighted that Virgil Van Dijk has come along, and he's a much better player than me. I'm very proud of what I've achieved but this team, and that player, have gone above me. That's life, that's football. I'd loved to have won the Premier League but I'm very happy with what I did achieve."

END_OF_DOCUMENT_TOKEN_TO_BE_REPLACED

Carragher says his feelings were 'more mixed' in 2013/14 when Liverpool went close under Brendan Rodgers only to be pipped to the post by Manchester City. "I thought I could still play. Not every game, but I could still play... I thought everyone was going to say, 'You retired the year before they won the league'.

"Then we know what happened [crucial dropped points against Chelsea and Crystal Palace] and I was just devastated with how it happened to my mate [Steven Gerrard] as well."

On Tuesday, Chelsea posted a video of Gerrard's costly slip during Liverpool's loss at Anfield only to delete it soon after. "That's not wise," says Carragher.

"I love social media, and I get all sort of stick on there and abuse. I'd never complain about it; it is what it is. You either embrace it and get involved with it or you don't... what I would say, though, is I think there's a problem with club's social media accounts.

"It's like that WhatsApp groups you might be in with your mates. It's all about banter, funny videos, taking the mickey out of someone or trying to catch somebody out. We're all involved in them.

"But I'm glad that Liverpool never respond. I don't think Liverpool or Man United would ever post something like that. Arsenal put something up recently about Tottenham and I was a little surprised by that. I just thought it was poor from Chelsea. I knew it would get pulled down.

"I just think we have to be careful with these clubs that we look up to - these big clubs in the country - getting carried away with these young kids on social media and trying to get his mates to laugh, and eventually they have to take it down.

Carragher is confident that Liverpool's recent run of form - five wins, two draws and six defeats - will not bleed into the 2020/21 season and is hopeful that the aim of retaining the league title in a packed Anfield, next year, will spur them on.

You can listen to the full Jamie Carragher interview on Apple Podcasts, Google Podcast, or Spotify.


popular
Roy Keane's first impression of Cristiano Ronaldo proved to be very accurate
The SportsJOE 12 o'clock quiz | Day 290
The 14 Irish players Down Under as TG4 come up with the goods once again
Joe Rogan reveals he could be parting ways with the UFC
The controversial reason Conor McGregor's win over Nate Diaz was not unanimous
Michael Bisping tears into Dillon Danis for 'trying to be Conor McGregor so hard'
Joe Rogan heard Dillon Danis insulting Khabib and here's what he said before the fight
You may also like
1 day ago
Jurgen Klopp chases Sean Dyche down Anfield tunnel after half-time fracas
2 days ago
Paul Pogba corrects Liverpool dressing room story after latest match-winning turn
4 days ago
Could it be time for Liverpool to cash in on Mo Salah?
4 days ago
Redemption for Victor Lindelof gives United supporters another reason to believe
6 days ago
Mesut Özil all but confirms Arsenal exit with not so cryptic tweet
6 days ago
Alex Ferguson's dismissive comments confirm truth about Jordan Henderson
Next Page