Jamie Carragher is slowly, slowly coming around to the idea of Lisandro Martinez just about treading water in the Premier League, but don't get him started on Eric Bailly.

The former Liverpool defender has been justifying his early season comments about Martinez while, today, took a cut off Eric Bailly after his comments about Manchester United giving preference to English players.

After United lost to Brighton and Brentford, in which Martinez was shaky, Carragher highlighted that the Argentine is only 5-foot-9 and, in his opinion, too small for a central defender.

"That’s small for any player on the pitch in some ways now, really. You think how big and powerful players are. I haven’t seen that much of him, but he must have a really good spring to play centre-back in any league.

‘When you think of how that could affect Man Utd set piece wise, if one of your centre-backs is really small, you’re relying so much on the other centre-back to deal with things aerially coming into the box, so I think that could be a problem."

END_OF_DOCUMENT_TOKEN_TO_BE_REPLACED

Martinez has since looked decent at the back and has formed a decent partnership with Raphaël Varane, as well as being named man of the match after an away win over Southampton. Carragher has give credit to the former Ajax star, but is still doubtful. 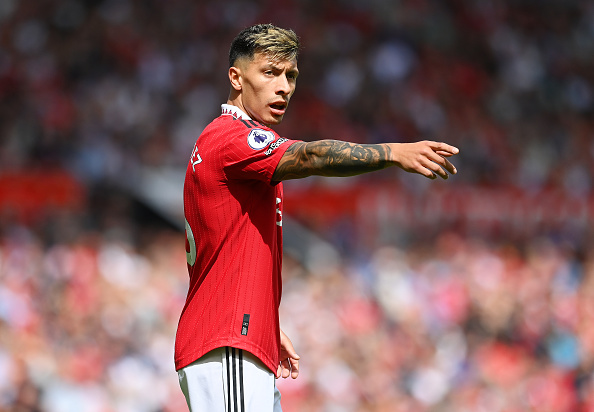 "I think Lisandro Martinez is a good player," said Jamie Carragher on the latest episode of Sky Sports' The Overlap.

"I wouldn’t want a centre-back in my team who’s 5ft 9in. I wouldn’t. We'll see. We've had four games, don’t get carried away. For a defender to be 5-foot-9, and not just to play in the Premier League or any level of football, he's got to be a good player, because that is not normal.

"His passing is very good, he looks aggressive and he looks [like] a leader. He's obviously a good player, but to play at that level at 5-foot-9, I wouldn't want my team or to play with someone who's 5-foot-9 as a centre-back."

Carragher then took umbrage, this evening, when news reached him of Eric Bailly suggesting England internationals got preference when it came to team selections at United. Bailly told The Times:

"They encourage competition in the dressing room, not just look out for some. I’ve always had the feeling that the national player was prioritised.

“That doesn’t happen at Chelsea or other big Premier League clubs. Some people take it for granted that they are going to start, and that weakens the team."

After reading the piece, Carragher fired back that such claims from Bailly were 'absolute nonsense', that the Ivory Coast defender was always injured and that Harry Maguire is a better player than him.

Absolute nonsense, Eric Bailly has been injured consistently and poor when he has played. That’s why they keep buying players to replace him! Harry Maguire is a better player. https://t.co/9fvBxp9gMN

There may be some debate about whether Eric Bailly or Harry Maguire is the better player.

Right now, however, there is no debate - United supporters are more than happy with Lisandro Martinez starting big games and Harry Maguire riding the pine.