James Ward-Prowse has come in for criticism from former Manchester United and Ireland captain Roy Keane for his injury-time shenanigans in Reykjavik.

There was not much to write home about England's 1-0 Nations League victory over Iceland, but Keane and Ian Wright still found something to argue about.

The best part of the entire affair, on Saturday, arrived in stoppage time as two penalties were awarded in the space of three minutes. Raheem Sterling dispatched his spot-kick but Birkir Bjarnason blazed over when he was afforded the chance to level matters.

Following the game, TV cameras picked up on England midfielder James Ward-Prowse scuffing up the penalty spot before Iceland's last shot at redemption. 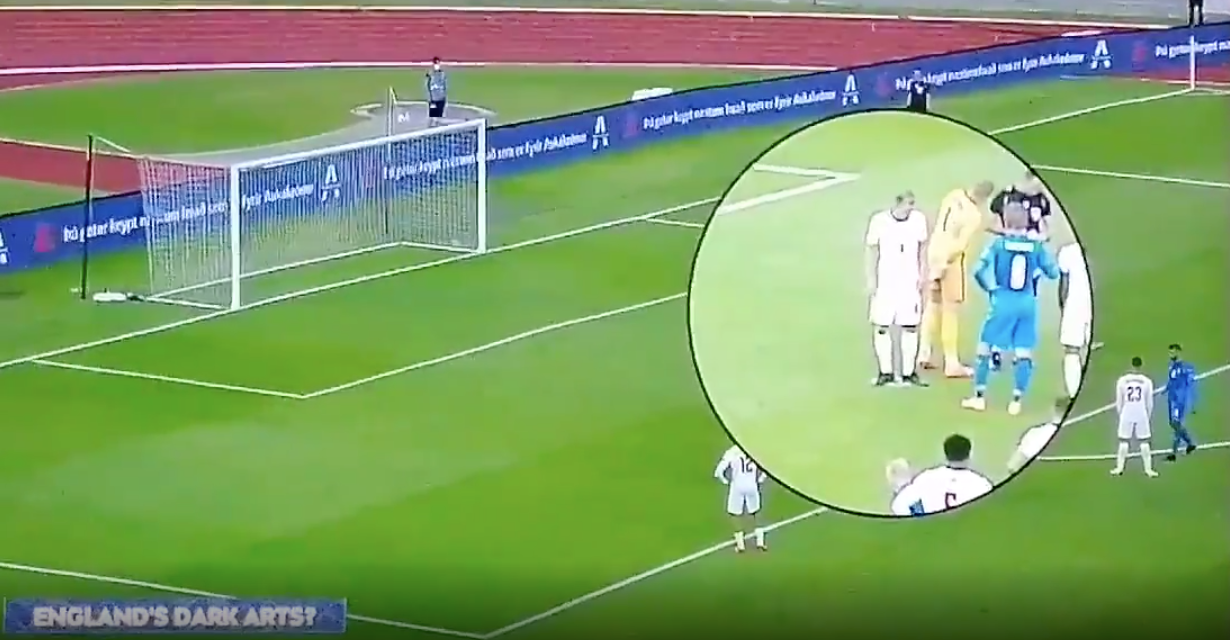 While former Arsenal and England striker Ian Wright lauded Ward-Prowse for having 'a bit of devil in him', Keane was not having a bar of it.

"That's cheating," he said on ITV's Nations League round-up. "I don't like that. I disagree with it... it's not right, it's not allowed. It's cheating."

Wright countered that, if the Southampton star's actions got England to the next stage of the competition he would happily take it.

Keane's comments filtered back to Ward-Prowse as he was interviewed by reporters ahead of England's next game against Denmark.

"It wasn't any digging of the spot, it was more just delaying the penalty," the 25-year-old told Press Association. "It was a bit of a mad few minutes for everybody.

"We'd just obviously scored what we thought was the winning goal and then we faced the penalty, so it was more of a delaying tactic just for everyone to get their heads together and prepare for the penalty. Thankfully it went in our favour."

When reporters revisited the moment, Ward-Prowse insisted that he had not altered or damaged the penalty spot. He says he has no regrets in stalling Bjarnason in taking his kick, however.

Denmark lost 2-0 to Belgium on Saturday so they will be doing all in their power to get a positive result against Gareth Southgate's men when they meet, on Tuesday. Whatever happens, we hope Keane is on the punditry beat, again, for the game.


popular
Roy Keane story shows the power he had at Manchester United
McGregor admits shout from Dustin Poirier's corner got inside his head
McGregor's first words to Poirier after defeat show where the damage was done
Dustin Poirier annihilates Conor McGregor to earn stunning UFC 257 victory
Khabib Nurmagomedov reacts to Conor McGregor's shock UFC 257 loss
Jolie Poirier certainly let her voice be heard after her husband's win over McGregor
He'll be remembered as a footballer but Keith Higgins has always been a hurler
You may also like
2 months ago
Chris Farrell honesty what supporters deserve after latest Ireland loss
2 months ago
"Boys to men", insists Andy Farrell as Ireland hit string of bum notes
2 months ago
"We dominated physically" - Eddie Jones puts Ireland in their box again
2 months ago
Full player ratings as Ireland left battered and bruised by England
2 months ago
CJ Stander responds to "softies" remark ahead of England battle
2 months ago
Andy Farrell explains his big team selection calls for England clash
Next Page