James McClean's commitment to the Irish cause knows no bounds.

The Derry native has racked up 59 Ireland caps in six years and, were it for him, he would have had a lot more.

McClean was back in the green jersey on Saturday as Ireland slogged their way to a 0-0 draw with Denmark. It was not exactly revenge for the 5-1 trouncing in the World Cup play-off but it showed Ireland are still fighting in their Nations League group.

Ahead of this evening's clash with Wales, Ireland boss Martin O'Neill spoke about how McClean's return to the side had been a vital spark. The Stoke midfielder was forced to miss the group opener against Wales, but he took some convincing to sit that game out.

"The one thing about the players," O'Neill told RTE, "I feel as if they want to play for their country, and that's really, really important.

"Most players do, to be fair, but this group of players, certainly in my time here, have shown an incredible willingness to do it, none more so than James McClean, who broke his wrist in training the day before we played Wales and was actually looking at an injection to see if he could play in the game." 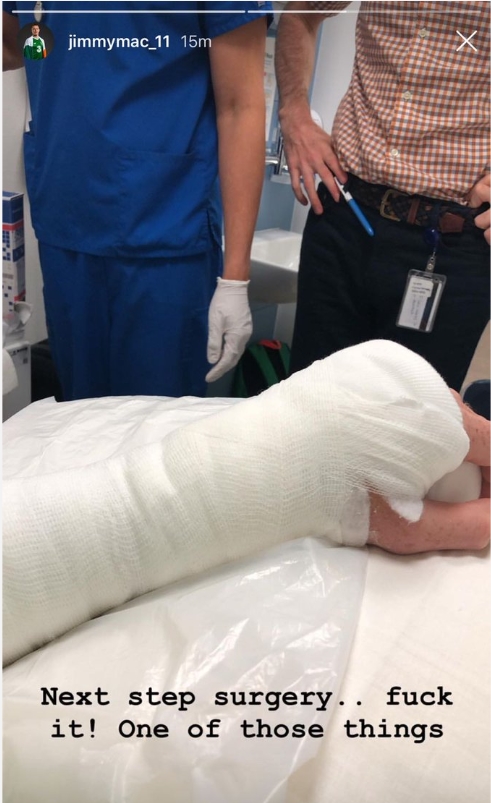 O'Neill's then went on to praise McClean's "heart" but his wider comments would do little to inspire confidence. Indeed, this is the sort of talk that Giovanni Trapattoni was once derided for when he was Ireland boss.

"James is obviously sometimes not right in the head," O'Neill began, "but he's brilliant for us, he's absolutely brilliant for us and he epitomises everything that this side has been about for the last few years.

"But we're not short of heart. We wouldn't have got where we have unless these boys wanted to do everything they possibly can when they're here wearing the shirt."

END_OF_DOCUMENT_TOKEN_TO_BE_REPLACED

Everyone can see that. Nice confidence booster for the lads heading into a crucial game.

O'Neill, like Trapattoni before him, is bemoaning the hand he has been dealt.

One could argue that the current Wales team is short on technical ability too - with squad players from Ipswich, Sheffield United, Scunthorpe, Barnsley and Reading - but Ryan Giggs has shown faith in them and actually coached them and encouraged them to play football.