Republic of Ireland international James McClean has been linked with a move back to the Premier League following West Bromwich Albion's relegation to the Championship.

McClean was impressed with caretaker manager Darren Moore in the final month of last season, and while Moore was named the Baggies permanent manager last month, McClean may be tempted by a move back to the Premier League with Cardiff City manager Neil Warnock reportedly expressing an interest in bringing the winger to the Welsh capital.

According to The Daily Telegraph's Midlands football reporter John Percy, McClean is firmly on Stoke’s radar yet the two clubs are apart on valuation, while Cardiff are just believed to be expressing their interest in the player at this stage.

McClean indicated earlier last season that he would be open for a move away from The Hawthorns and that he wants to go somewhere where he can play regular football.

“I just want to play football. I’m 28 now and the last 18 months have been really frustrating. I feel that I’m at my best when I get a run of games. I feel that’s eluded me this past 18 months when I would get a few games and then the team is changed for whatever reason.

“Ideally I’d rather play week-in, week-out at West Brom but that hasn’t been the case at the minute. I’ll work hard like I always do but, for me, regular football is the be all and end all." 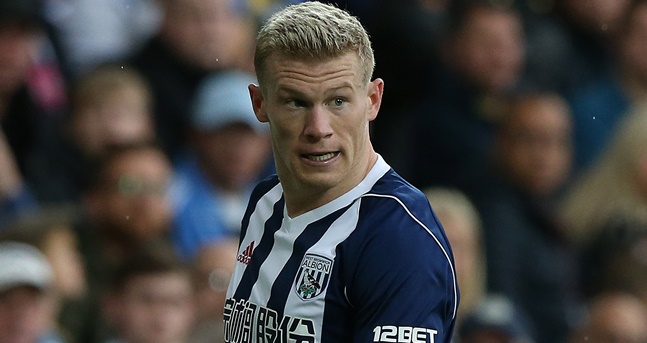 McClean was linked with a move to Derby County in the January transfer window but the move failed to materialise. McClean believes it was over a difference in his monetary evaluation but he insisted that he can only control his own levels of effort at whatever club he is playing for.

“West Brom had their value and I’m not in the game to dictate my value - that’s up to clubs to do.

“I think West Brom wanted £15 million but Derby weren’t prepared to pay that whether I think that’s wrong or not, it’s not up to me to say. “I just want to play football whether that’s at West Brom or not. While I’m at West Brom for however long that may be, I’ll give everything for the cause like I always do.

“If I move on in the summer, no matter where I go, I’ll always give my all. I can’t dwell on it (Derby’s failed bid).The move didn’t happen. If you dwell on things that don’t happen, moves and what not, it’s gone so there’s no point dwelling on it."

popular
Peter Sagan pays classy tribute ahead of Sam Bennett's big moment
Irish cyclist Sam Bennett delivers classic putdown to British cycling magazine
Sam Bennett admission shows how incredible his final stage win was
Luke Shaw steps up to make common sense plea to Ed Woodward
The SportsJOE 12 o'clock quiz | Day 183
"I didn't like how it came about, what with happened to Drico" - Gareth Thomas
The SportsJOE 12 o'clock quiz | Day 182
You may also like
5 months ago
James McClean fined by Stoke for balaclava Instagram post
6 months ago
QUIZ: You have 90 seconds to name every team James McClean has played for
1 year ago
James McClean knew exactly what he wanted to say to the Danes
1 year ago
'I'm a white Irishman... That's not high on the agenda in England'
1 year ago
Jonathan Walters calls for better support for James McClean
1 year ago
Kick It Out defend James McClean after birthday abuse
Next Page