The 25 year old tested positive for cocaine last April, and was suspended the following month by the English Football Association.

Testing positive for a class A drug can result in a two year ban for professional footballers, however, Livermore revealed that he turned to the drug in a state of depression, following the death of his newborn child in May 2014.

The FA have rules regarding 'exceptional circumstances', and made a special consideration for the Hull midfielder at a meeting held last week. 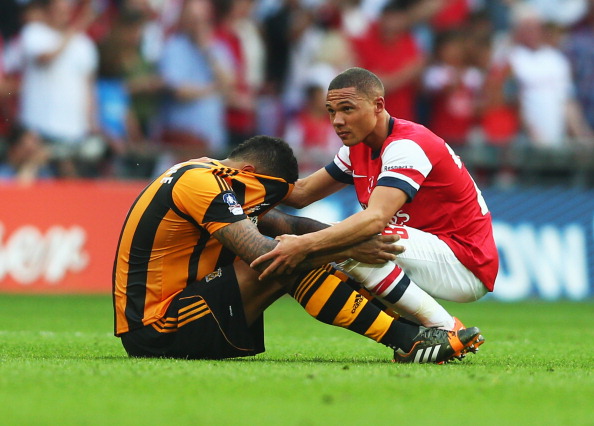 Livermore could still recieve a suspended sentence, and remains suspended by his club, who have yet to set a date for the player's return.

"There's no question it was a mitigating factor," Hull manager Steve Bruce told the BBC last month. "Unfortunately he lost his baby just after the FA Cup final last year."

"Jake has kept all of the problems that he had to himself. All footballers think they are macho-men but they have problems like everybody else."


popular
The SportsJOE 12 o'clock quiz | Day 213
The Ireland XV that should start against Italy
You have five minutes to name these four footballers, but it probably won't be enough time
Faith and Call of Duty - Lynch's Lockdown had a light at the end of the tunnel
"There's a nice bit of balance in that full forward line" - Mayo moving well
Khabib Nurmagomedov explains why he targeted Dillon Danis at UFC 229
"They were like rock stars to us" - Gary and Paul O'Donovan on their childhood heroes
You may also like
1 year ago
Former Manchester United forward set to declare for Ireland
2 years ago
James McClean delivers perfect response to critics with cracking finish
2 years ago
David Meyler signs for Reading
2 years ago
'We’ve made memories together I’ll never forget' - David Meyler waves goodbye to Hull
3 years ago
Hull City announce new manager to replace Marco Silva
3 years ago
Alex Bruce just heard his Hull career was over in rather blunt fashion on Twitter
Next Page