Jack Grealish is officially an England player, but there's just one problem

The Jack Grealish saga, you'll be happy to hear, is officially over.

The 20 year old Aston Villa midfielder has been granted permission by Fifa to play for England.

Grealish made 19 appearances for Republic of Ireland under-age teams, but turned down the chance to play for the Irish senior team when he decided, last September, to declare for the country of his birth.

The Birmingham born midfielder has now been given official clearance to play for Roy Hodgson's team.

A Fifa statement reads: "The single judge decided to accept the request of the Football Association and the player Jack Grealish based on article eight paragraph one in conjunction with article five paragraph three of the regulations governing the application of the FIFA statutes."

So Jack is now clear to play for the England senior national team. However, there's just one small problem: 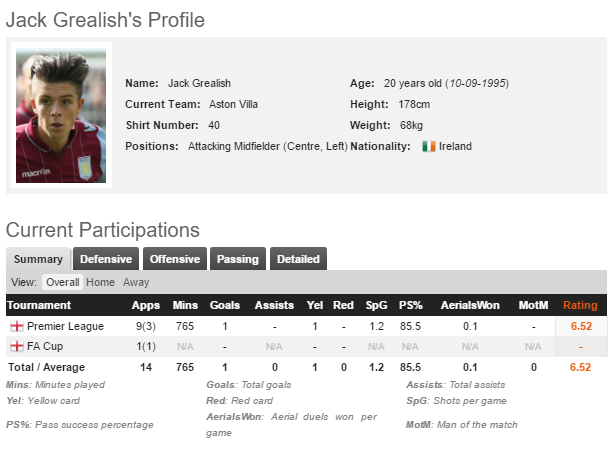 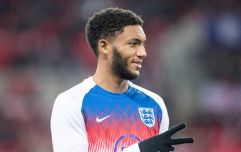 END_OF_DOCUMENT_TOKEN_TO_BE_REPLACED

Grealish hasn't played for Villa since January, and has only managed 12 Premier League appearances this season.

Meanwhile, based on our power rankings, Burnley defender Stephen Ward appears to have an excellent chance of making the Ireland Euro 2016 squad, in what would be his second trip to a major international tournament.


popular
SportsJOE 2000s Football Quiz | Round 20
The SportsJOE 12 o'clock quiz | Day 292
Joe Rogan heard Dillon Danis insulting Khabib and here's what he said before the fight
Daniel Cormier defends immediate reaction to shock Conor McGregor loss
Michael Bisping tears into Dillon Danis for 'trying to be Conor McGregor so hard'
Conor McGregor wants immediate Dustin Poirier rematch, for UFC title
"It’s an easier life in goal, you’re not waiting for some fella to give you a box in the jaw"
You may also like
5 months ago
Mason Greenwood receives England call-up but no place for Jack Grealish
1 year ago
The FA is changing its name to appear less 'arrogant'
1 year ago
Michael Keane admits that he used Ireland as a stepping stone to play for England
1 year ago
Declan Rice called up to England squad
1 year ago
FAI release statement after Declan Rice decides to play for England
1 year ago
Declan Rice has made a decision on his international future
Next Page