Sorry to bring it back to Wes Hoolahan.

But remember the perception was always that he wasn't the right man for certain jobs? If you wanted to keep it tight, if you wanted to grind out a result, you couldn't afford to carry Wes Hoolahan - that's what they said.

And, yet, for one of Ireland's greatest results in recent history, Martin O'Neill was forced to play Hoolahan for the entire game. 90 minutes he put in against Germany as Ireland not only stunned the world champions, but hung on for dear life when they had to.

More amazingly, Wes wasn't a luxury weighing down the work that was going on elsewhere - he made the job easier. He tackled and kept shape like the rest of them but when he got the ball, he did this crazy thing - he held onto it. He actually gave them a breather and relieved the pressure and, and this will surprise you, he even put Germany back into positions they didn't want to be in. Keeping the ball stifled the amount of Germany attacks, it preserved Ireland's energy, it kept the opposition honest and it created opportunities.

Ireland, out of necessity, played Robbie Brady, James McCarthy and Wes Hoolahan in a midfield diamond that night and it was a top performance that brought about the best of results.

Good footballers can help when you're trying to win football matches. 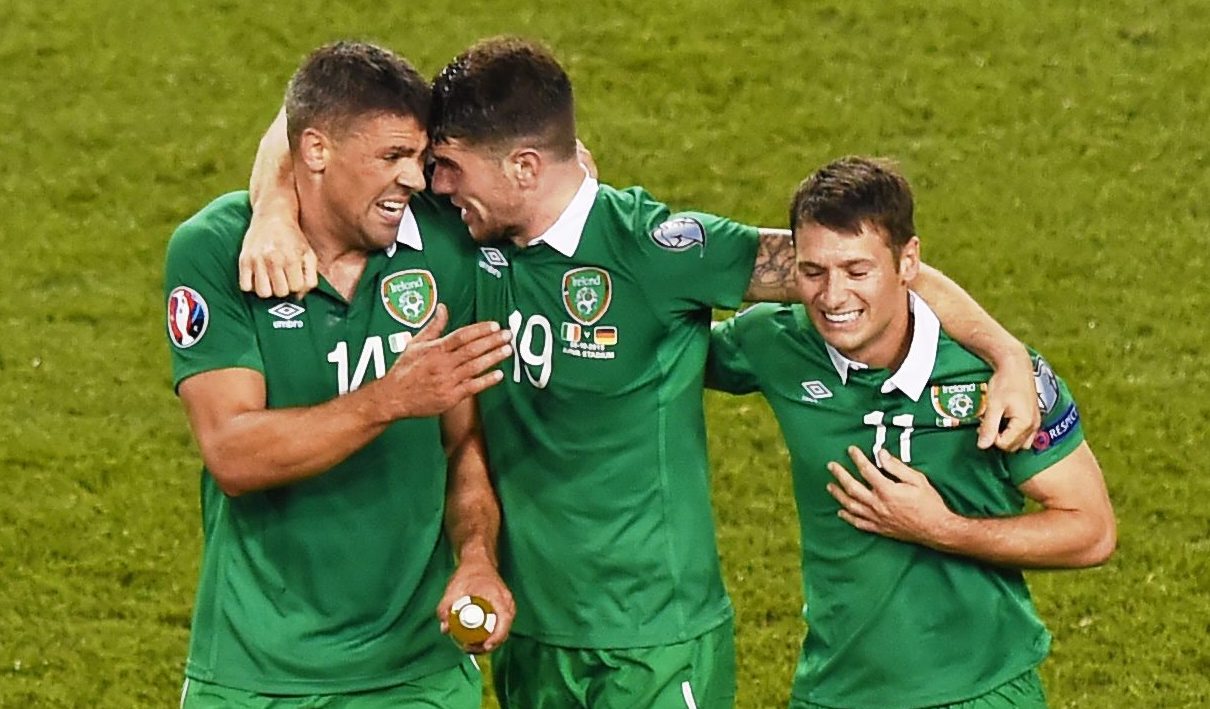 A new campaign and new players are the face of the same questions about Ireland. What is it about the culture on this island that treats ball-players as some sort of unnecessary commodity, as if they bring too much risk to even consider them?

The Aaron Connolly debate needed just 12 minutes to close the case but he isn't the only one who was missing for too long during an uninspiring performance in Georgia.

On The Football Spin, Dion Fanning spoke about two of them.

"Connolly should clearly be starting in a team that is so desperate for excitement and energy and talent and ability," he said.

"Jack Byrne not being involved in that game at any stage was staggering. Absolutely staggering.

"There was nothing that the Ireland team were doing that was better than what Byrne could do."

The Irish are consumed with a 'good draw' mindset where the first priority has become not losing - that, unfortunately, has become the only priority.

But there are different ways of not losing.

"The only thing we know what to do to try not to lose - because it's been rammed into our heads for generations - is to not do anything fancy, don't get on the ball, just kick the ball away and keep your shape," Fanning said.

"James McClean, Glenn Whelan, Jeff Hendrick, they aren't helping you not lose. They're actually creating the conditions where it's easier to lose because they keep giving the ball away. If Georgia were any good, they would've capitalised on that.

"Jack Byrne coming on the pitch and getting on the ball and making sure Ireland keep possession isn't jeopardising Ireland's chances of not losing, it's enhancing them, because you're not under pressure. You may actually find yourself in better positions."