"We certainly have a plan in place."

Stephen Kenny does not care that the media are reporting about his job potentially being on the line.

The Republic of Ireland manager is under pressure at the moment following some poor results. They lost 2-1 to Portugal, however many were pleased with the performance, but the 1-1 draw with Azerbaijan was demoralising,

When asked about the negative press, and publications discussing the potential termination of his job, Kenny was in a defiant mood.

"That is irrelevant to me, it's part of international management, it comes with the territory. It is not something that I am concerned about.

"I don’t accept that at all," added the manager, when asked about the players’ confidence going into the final game of this week’s triple-header. 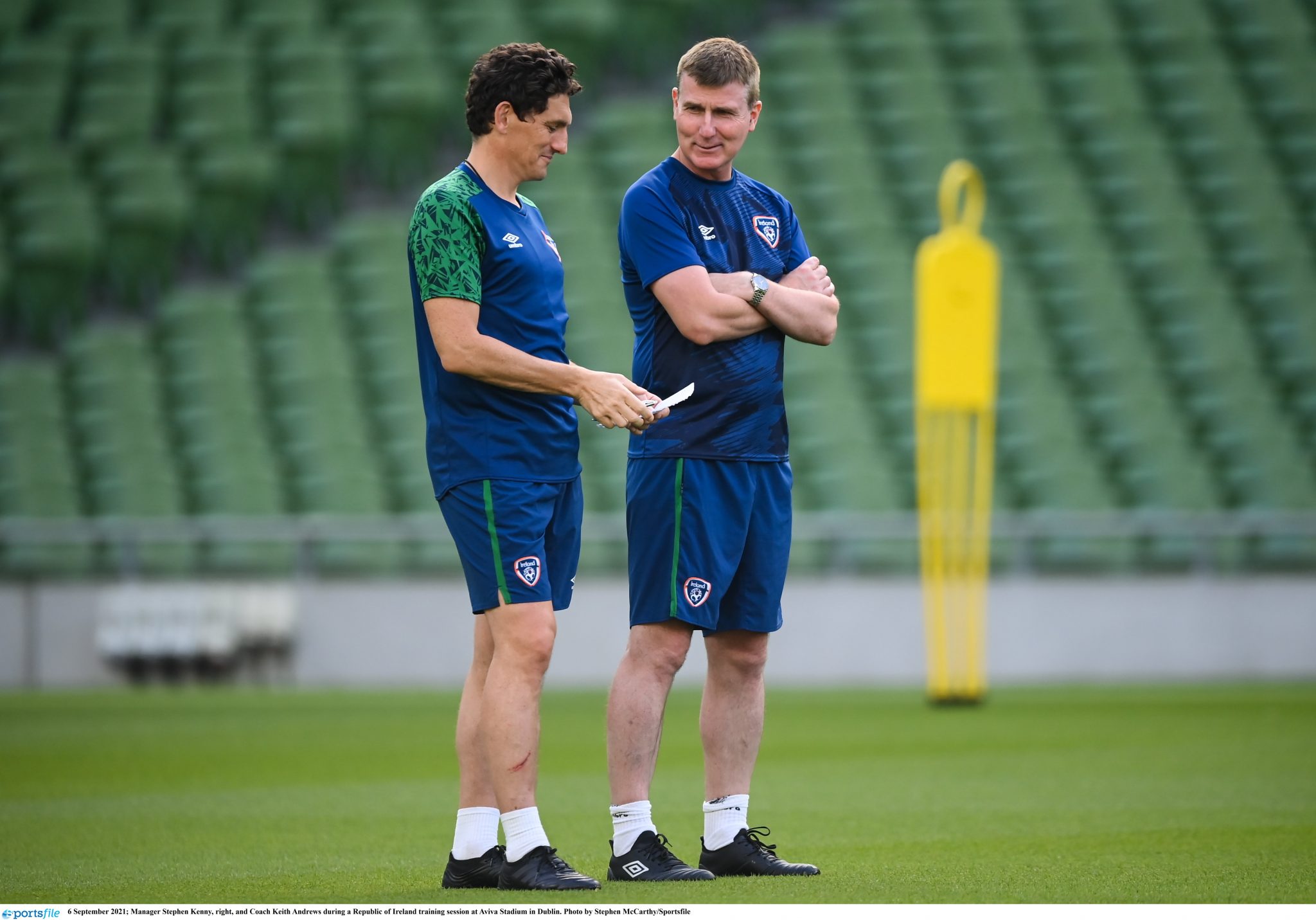 "If you take the four matches that people are talking about in the campaign. In the games against Serbia and Portugal away, they are probably two of our best performances away from home in the last decade, without question.

"We lost 3-2 and 2-1. Against Luxembourg, we didn’t play well, it was a poor performance, but we still didn’t deserve to lose the game based on chances. The other night, we dominated, and we should have won well."

"With Serbia and Portugal in the group, and the spine being ripped out of the team, and we haven’t qualified for the World Cup since 2002, did anyone think that we were favourites to qualify or that we should qualify?

"We certainly have a plan in place. I made the decision - right or wrong - that we would build this squad to be a really, really competitive team to qualify for Germany 2024.

END_OF_DOCUMENT_TOKEN_TO_BE_REPLACED

"Well I’ve been given no assurances in that regard. I’ve taken the decisions I’ve taken regardless of the impact on myself here. I’ve not been given any assurances; I’ve just been given full support by the FAI behind the scenes. They’ve been brilliant."

Ireland play Serbia tonight at the Aviva Stadium, 7.45pm, in their last match of this international break