It's a red-letter day in Irish football, but a white-ribbon one too.

Ireland take on Denmark in the Aviva Stadium on Monday, knowing that (barring a draw in the Georgia-Switzerland game on Friday) any win over the Danes will see the team progress to Euro 2020.

In the lead-up to the big game, the FAI and the Men’s Development Network - Ireland’s only charity dedicated to bettering the lives of men to bring about a more equal society for all - have teamed up to raise awareness about gender-based violence in Ireland.

The collaboration comes ahead of White Ribbon Day on November 25th, a global campaign led by the Men’s Development Network in Ireland, which encourages men to make a pledge never to commit, excuse or remain silent about men’s violence towards women.

As part of the campaign, every member of the Ireland squad will wear a white ribbon when they stand for the national anthems prior to the game, displaying their support towards gender equality and the end of violence against women.

As well as this, the screens in the stadium will direct viewers to text line 50300 where they can donate to the campaign and to whiteribbon.ie where they can take the pledge. There will also be a bucket collection around the Aviva, with all proceeds going to Men’s Development Network programmes focused on ending gender-based violence against women.

Noel Mooney, interim CEO of the FAI, spoke in favour of the collaboration ahead of the game:

“The FAI is proud to support the Men’s Development Network. It’s important that as one of Ireland’s leading sporting organisations, which represents both male and female athletes, we make our stance on gender-based violence known to fans. Our players wearing the campaign symbol, the white ribbon, ahead of kick-off, is a powerful statement to all our supporters that we wholly support the end of violence against women and want to use our platform to create a momentum for change and encourage fans to take the White Ribbon pledge to better understand gender-based violence, be more aware of their actions and speak out when they know that abuse has taken place.” 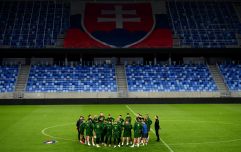 Win or lose, tonight is about feeling something different for a change

END_OF_DOCUMENT_TOKEN_TO_BE_REPLACED

Mark Khan, White Ribbon Engagement Officer at Men’s Development Network also pointed out the relevance behind raising awareness at one of the biggest sporting events in Ireland this year:

“The research tells us that each time there is a major sporting event, there is a large spike in domestic violence towards women often when alcohol use collides with a team loss. Current statistics reveal a hard truth that more than one in five women have experienced gender-based violence but only 20 per cent of these crimes are reported, yet perpetrators are almost always known to the victim. This indicates that women we know – perhaps our family members, our friends, our colleagues - are in need of more support."

White Ribbon Day coincides with the United Nation's designated International Day for the Elimination of Violence Against Women and mark a series of events across the world to raise awareness of the impact of gender-based violence. 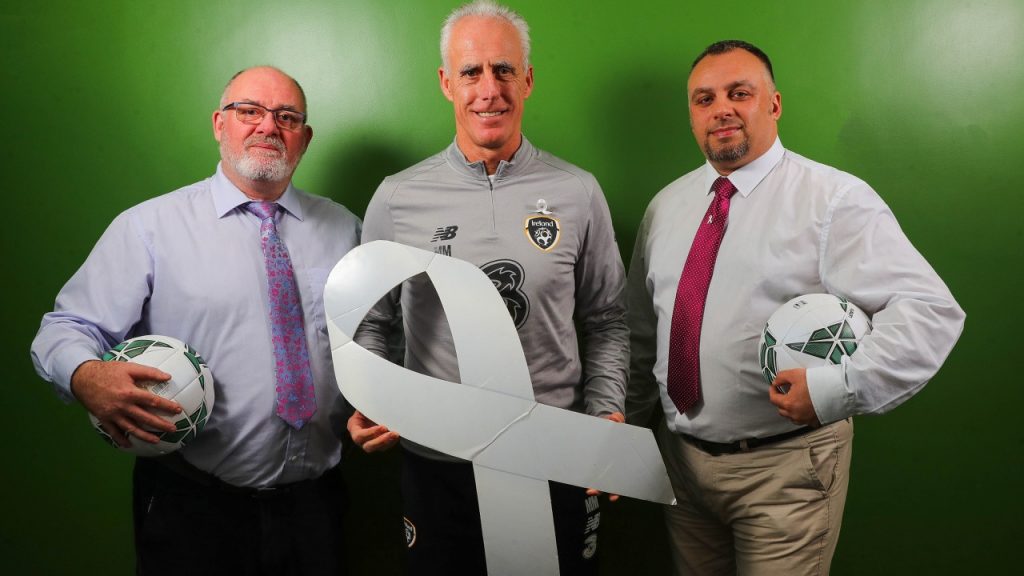 
popular
Bill Shankly’s grandson asks for statue to be removed from Anfield
We knew Sean O'Brien wouldn't let us down with his Lions XV
'War-scene' in Tyrone dressing room before 2005 final sums up an iconic team
'Make him hurt, make him yours' - How the Springboks ruled the world
Keith Earls backed for Lions XV by one of the best in the game
The SportsJOE 12 o'clock quiz | Day 335
Springboks legend Tendai Mtawawira tells us what he really thinks of Ellis Genge
You may also like
1 year ago
REPORTS: Champions League and Europa League suspended, EURO 2020 postponed
1 year ago
Euro 2020 may be postponed until 2021 but Olympics 'pressing ahead'
1 year ago
Ireland game against Slovakia to be played behind closed doors
1 year ago
Matt Doherty inspires Wolves to victory but Coleman limps off
1 year ago
Expect Ireland to make just one change for Euro 2020 playoffs
1 year ago
The teams Ireland could face in the Euro 2020 playoffs
Next Page