Ireland XI that can get vital win away in Georgia

Mick McCarthy and his Ireland squad fly out to Tbilisi on Thursday ahead of two away games that will either break or break our Euro 2020 chances.

Heading round the turn, before the final straight, Ireland are top of Group D and two clear of Denmark, with the Swiss another point further back. A 1-1 draw against Switzerland, allied with Denmark struggling to a 0-0 draw with Georgia, has Ireland in a strong position at present.

Four points should be enough for them to secure a spot at Euro 2020 so all the focus will be on Saturday's game against the Georgians. Win in Tbilisi and Ireland would need just a point from their final two games against Switzerland (away) and Denmark (home). 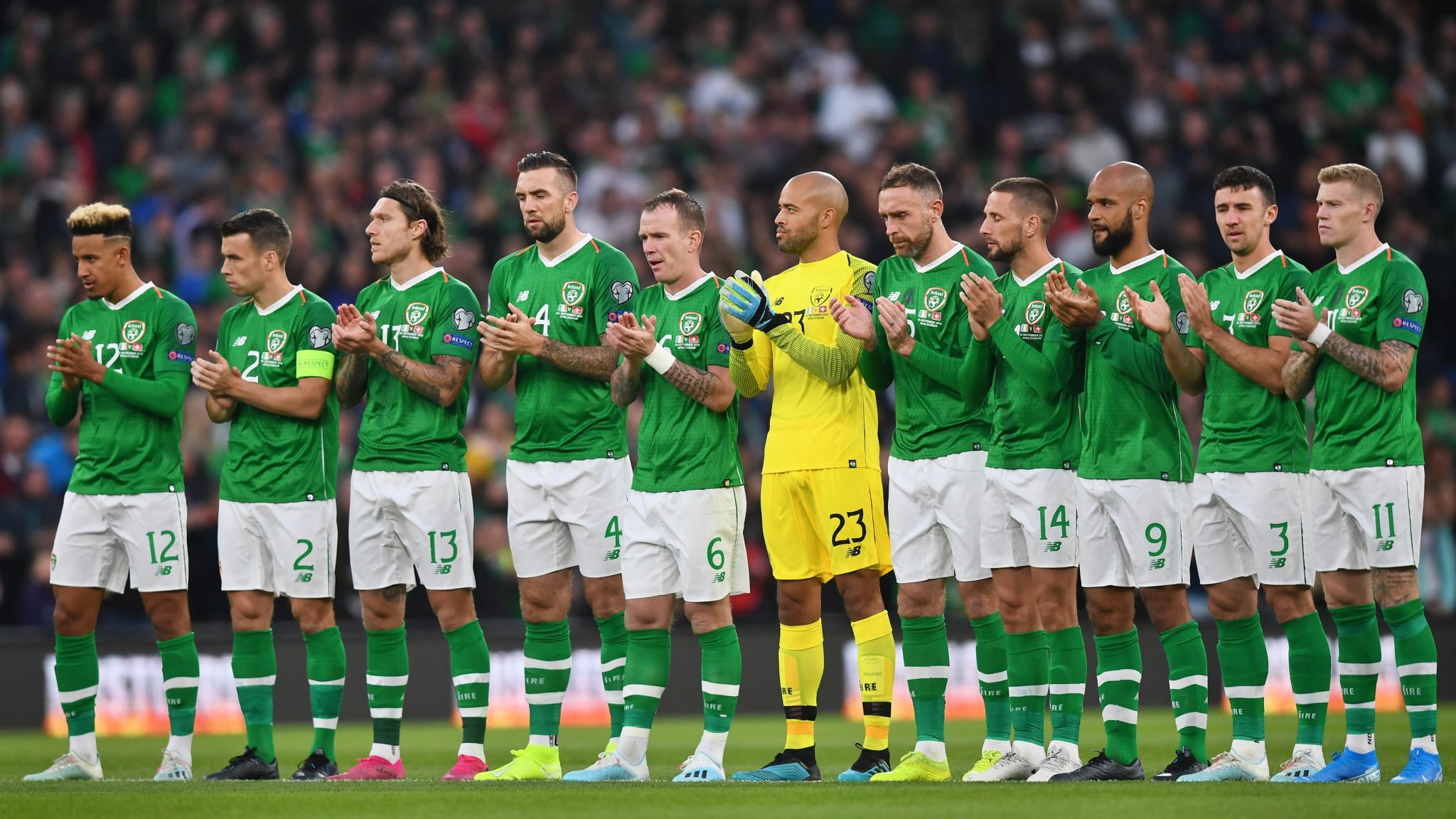 Out of the players injured or, in Enda Stevens' case, suspended, four would have been expected to slot into Mick McCarthy's starting XI.

That means several changes will need to be implemented with the Irish defence set for a dramatic makeover. Shane Duffy is not yet ruled out but Richard Keogh's season is over after he was involved in a car crash while Stevens misses the Georgia game after picking up three yellow cards.

John Egan and Kevin Long look set to partner each other in the centre of defence if Duffy misses one or both of the upcoming fixtures. With Stevens out, we are drafting in Matt Doherty to play left back while Seamus Coleman starts at right back.

Conor Hourihane and Jeff Hendrick are in goalscoring form and slot into the Irish midfield with James McClean and Glenn Whelan joining them. Callum Robinson will be tasked with holding down the right wing slot while getting up in support of the lone frontman when possible.

Goals for Connolly (2), Hendrick and Hourihane in the Premier League today.

The Irish are going mad across the water 🇮🇪 pic.twitter.com/D1KlqpFiQw

END_OF_DOCUMENT_TOKEN_TO_BE_REPLACED

Up front, if McGoldrick does not recover in time, Aaron Connolly goes straight in for his senior debut. Even if McGoldrick is passed fit, it is sorely tempting to go with Under-21 star Connolly from the off.

The 19-year-old scored his second and third goals of the season against last season's Champions League finalists, Spurs on Saturday and was singled out for praise - "He was magnificent" - by Alan Shearer on Match of the Day.

If it feels like a dice roll, McCarthy can look back to March 1998 when he gave a 17-year-old Robbie Keane his debut away to Czech Republic. That didn't work out too badly. 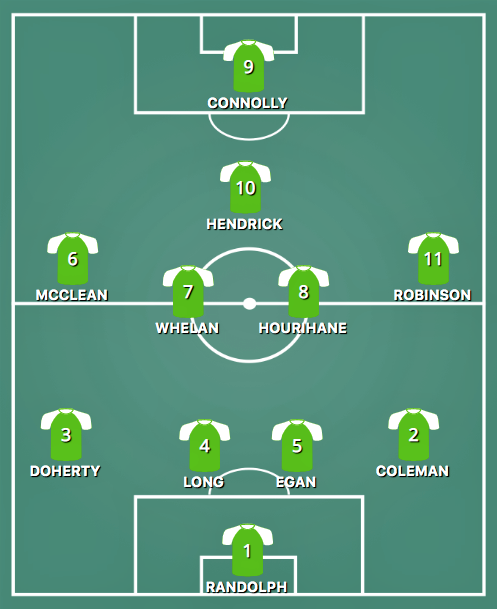 That leaves the likes of Alan Browne, Sean Maguire, Alan Judge, Jack Byrne and Scott Hogan in reserve as McCarthy will definitely need quality coming from the bench in the final 20 to 30 minutes.

You may also like
2 weeks ago
QUIZ: Guess the footballer from their Wikipedia page | Irish edition
2 weeks ago
"I think he kissed the jersey" - Mick McCarthy opens up on Declan Rice
3 weeks ago
You'll need all your powers to get 20/20 in this 1990s Irish footballers quiz
1 month ago
Can you name Ireland's top Premier League scorers without making a mistake?
1 month ago
Ireland hopeful of November playoff date against Slovakia
1 month ago
Ireland set for dramatically new look as Stephen Kenny takes charge
Next Page