The Ireland XI that can deliver a vital win over Switzerland

A couple of big calls here, but that leaves some decent options in reserve for the end-game.

Switzerland pit their wits against Mick McCarthy's Ireland on Thursday evening, at the Aviva Stadium, and there is a lot at stake. Ireland Switzerland may not sound like a barn-burner but get the right result and we can light a torch under our qualifying campaign.

Although Ireland's overall record against the Swiss is positive - 8 wins, 3 draws, 5 losses - we have not beaten our European rivals in a competitive match since the 1986 World Cup qualifiers.

We were last paired with them in the Euro 2004 and 2006 World Cup qualifiers and fared poorly, losing twice and drawing twice. The Swiss are currently 11th in the Fifa world rankings whilst Ireland are nestled down in 32nd. They have a couple of house-hold names - Granit Xhaka (Arsenal) and Ricardo Rodriguez (Milan) - but there are no real knee-tremblers in their squad and there is no Xherdan Shaqiri in Dublin.

Past battles and recent form considered, there is reason for Ireland to be hopeful. McCarthy's side are top for Group D and could seize control of the standings, especially with Denmark facing a tricky away trip to Georgia in game-week six (they have Gibraltar this week).

Looking ahead to Thursday's match, we are selecting an Ireland XI that we feel can get the job done against the Swiss, and start getting us all giddy. 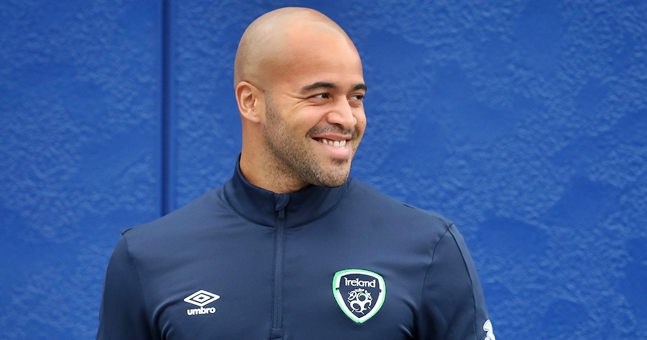 Darren Randolph gets the No.1 jersey and, with Matt Doherty out injured, the back four effectively picks itself - John Egan and Shane Duffy in the centre with in-form Enda Stevens and Ireland captain Seamus Coleman as fullbacks.

We are going for a 4-5-1 formation that can quickly switch to 4-3-3 when Ireland are on the attack and, hopefully for stages, seeing a lot of the ball. Callum Robinson and James McClean will form our attacking trident with frontman David McGoldrick but may be tasked with supporting their fullbacks if the Swiss get on top.

That leaves one player sweeping in front of the defence so we turn to old reliable, Glenn Whelan. In the advanced midfield positions, we are going with the ball-playing duo of Conor Hourihane and Alan Browne.

END_OF_DOCUMENT_TOKEN_TO_BE_REPLACED

That leaves the likes of Jeff Hendrick, Kevin Long, Alan Judge, Jack Byrne and Scott Hogan in reserve as McCarthy will definitely need quality coming from the bench in the final 20 to 30 minutes.