Here's the Ireland team Kenny should and possibly will pick for the Portugal game.

The Republic of Ireland take on Portugal on Thursday night at the Aviva Stadium as the 2022 World Cup qualification campaign draws to a close. Stephen Kenny's side are out of contention to reach the tournament in Qatar next year, but there's still a chance to build on October's positive results in front of a capacity crowd in Dublin. Here's the Ireland team we believe Kenny should pick for the game against one of the world's most talented international teams. 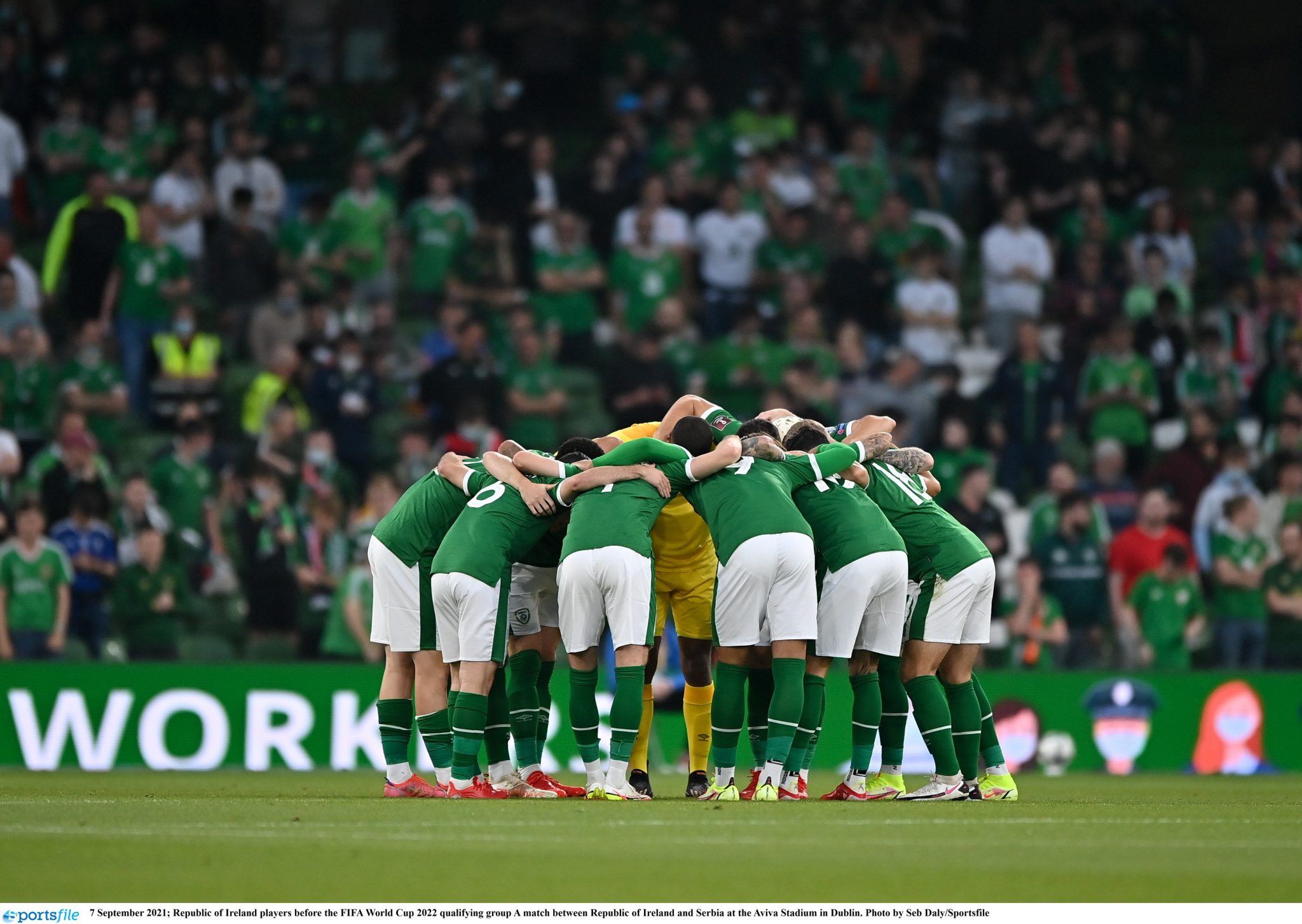 END_OF_DOCUMENT_TOKEN_TO_BE_REPLACED

This Ireland XI lines out in a 3-5-2 formation with Gavin Bazunu starting in goal, although both Caoimhin Kelleher and Mark Travers are providing excellent competition to the Manchester City 'keeper, currently on loan with Portsmouth.

Travers is excelling for Championship leaders Bournemouth, while Kelleher has impressed in every appearance he has made for Liverpool. Bazunu, however, has yet to put a foot wrong for Ireland and warrants his place as the team's number one for the match against Portugal.

In defence, the back three features John Egan, Shane Duffy and Andrew Omobamidele.

Only two days until Cristiano Ronaldo plays in the Aviva Stadium 🇮🇪 How can Stephen Kenny's team stop the Portugal captain? pic.twitter.com/mPbYYaDj2S

END_OF_DOCUMENT_TOKEN_TO_BE_REPLACED

Egan, who scored against Portugal in the reverse fixture, has been an ever-present under Kenny and Ireland's most reliable defender. Omobamidele impressed against Portugal on his international debut in September and has kept his place in the team ever since.

Duffy, meanwhile, is undergoing a career renaissance with Brighton after a difficult year on loan at Celtic.

According to the football statistics website WhoScored, Duffy is in the Premier League team of the season so far, averaging a stellar rating of 7.2 out of 10 per game. 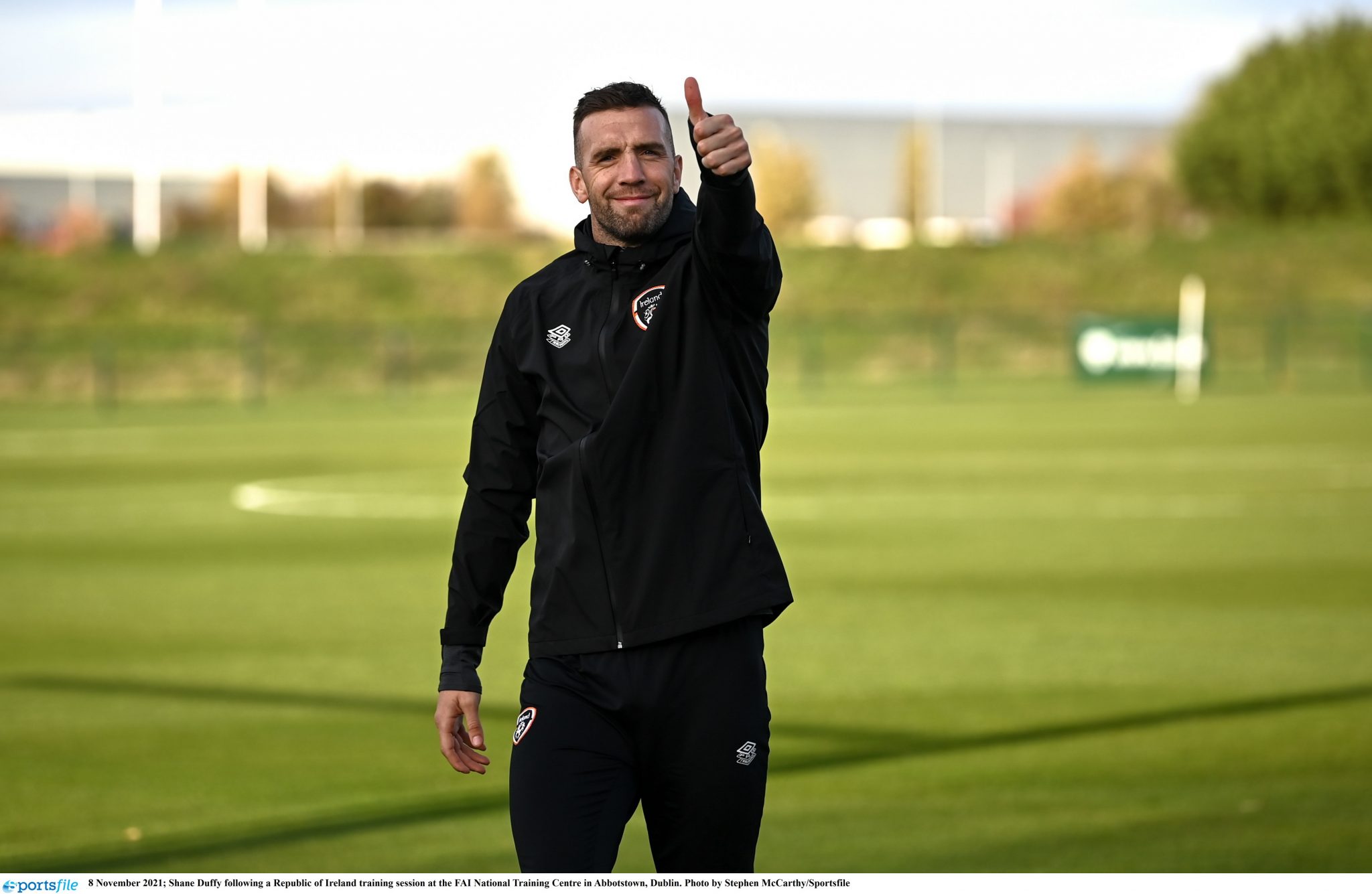 The wing-backs in this team are Seamus Coleman and Matt Doherty, with Doherty on the left. Coleman's leadership, experience and composure will be important on what will surely be a testing night for Ireland against a supremely talented team.

Doherty has struggled at Tottenham Hotspur, but he may get a chance under new manager Antonio Conte, who plays with wing-backs.

The Dubliner has at least started to show his best form for Ireland and arguably produced his best display yet for the Boys in Green against Portugal in the reverse fixture.

Here is everything you need to know about the match, including squad news, form, odds and TV channel details.#COYBIG https://t.co/U9Lw1UnGKs

Cullen is a controlling presence in midfield, a player who reads the game well, is comfortable taking the ball in tight positions and is capable of picking up second balls and scrapping in the middle of the park. The Anderlecht midfielder will be key for Kenny's side against Portugal, as Ireland will need to be clever when they win possession back.

Hendrick starts alongside Cullen, even if the Newcastle United midfielder hasn't always produced his best form for Ireland. He was impressive last month against Qatar, and while Portugal represents a significant step-up in class, Hendrick arguably warrants another chance to shine in Kenny's team. His energy could be useful in disrupting the visitors and preventing them from taking control of the game in midfield.

McGrath is a creative player who has not looked out of place in any of his five appearances for Ireland. The St Mirren midfielder delivered the corner for Egan to score against Portugal in September and that could be Ireland's best route to goal again on Thursday. 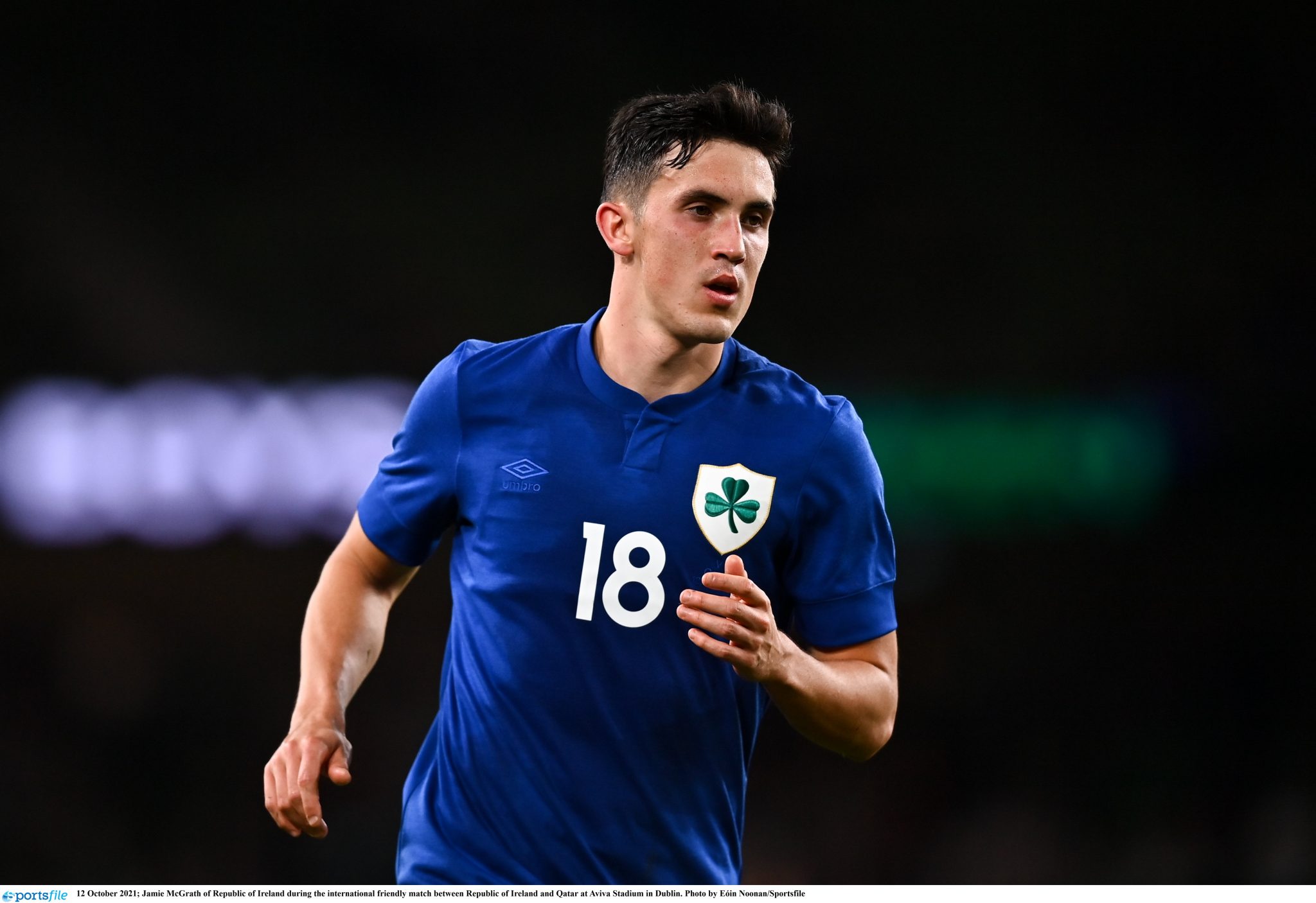 Up front, we have selected Callum Robinson and Adam Idah.

Robinson scored five goals in two games for Ireland in September - a brace against Azerbaijan and a hat-trick against Qatar. Portugal are undoubtedly a more formidable opponent than either of those sides, but the West Brom forward could be the answer to the team's goalscoring problems.

Idah, meanwhile, has yet to score for Ireland, but his value shouldn't be underestimated.

The Norwich City striker works extremely hard for Kenny's side. He holds the ball up well and occupies defenders with his pace and physical presence. The goals will come for Idah, and hopefully, for the national team, against Portugal. 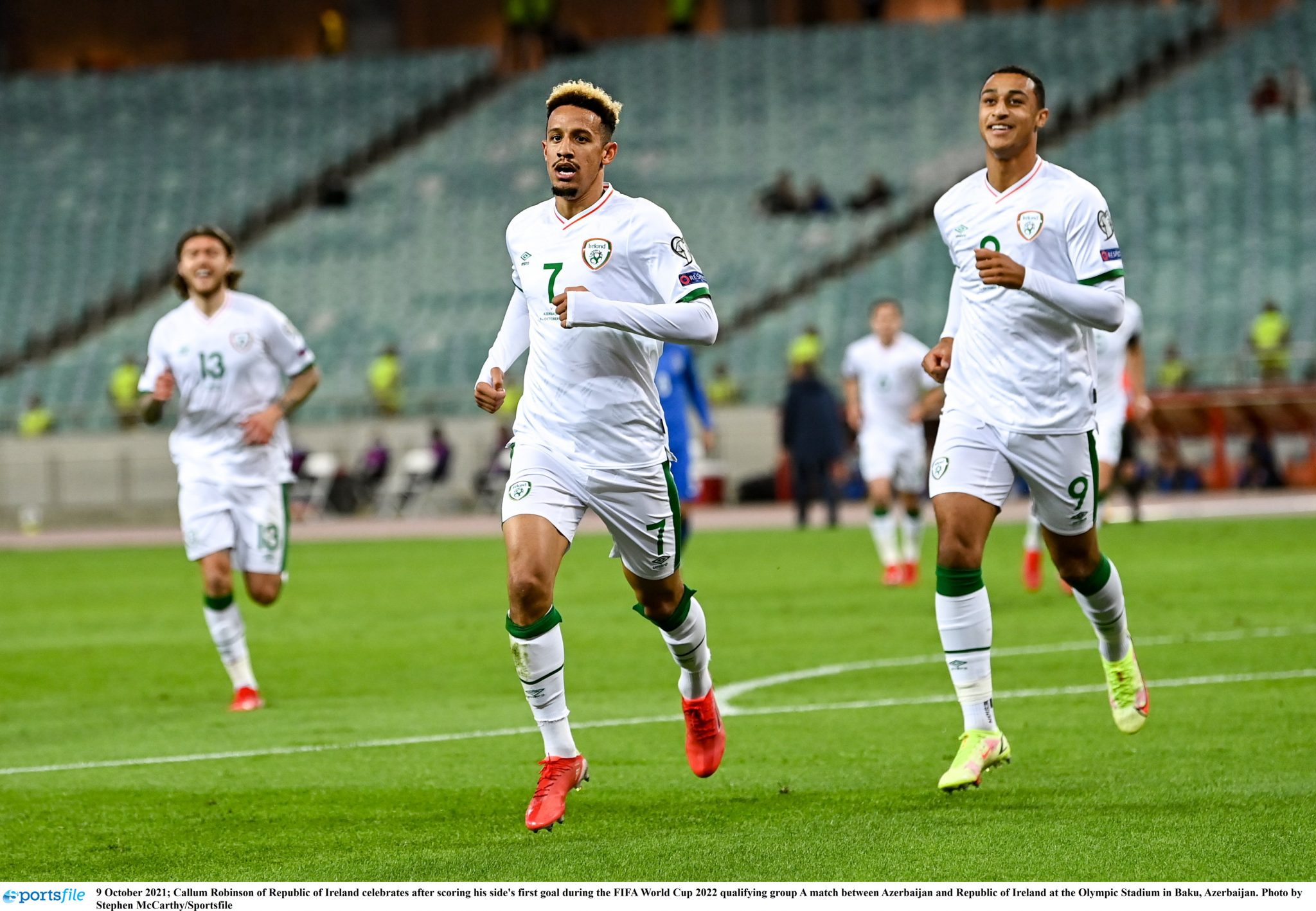 Here's the full Ireland XI for the game against Portugal. 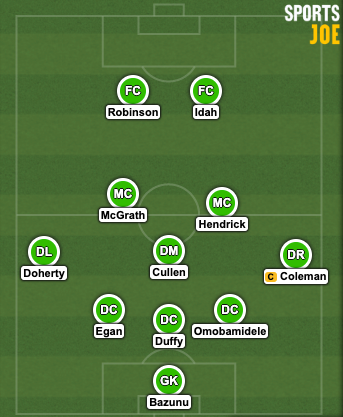 
popular
Eamon McGee just couldn't help himself with Armagh-melee tweet
Kieran McGeeney on the defensive after post-match questions on brawl
Robert Finnerty's strut up to the penalty spot was the stuff of legend
Damien Comer targeted in brutal, chaotic Armagh and Galway brawl
Conor Gleeson's gesture to heartbroken Ethan Rafferty a tonic after sideline brawl
Colm Cooper calls for "harsher penalties and more severe" punishments to stop brawls
QUIZ: How well do you know Manchester United players of the 90s?
You may also like
1 week ago
Robbie Brady: Three Championship clubs line up Ireland winger on free transfer
1 week ago
Burnley name their price for Nathan Collins with two Premier League clubs interested
1 week ago
Troy Parrott wants to 'impress' Antonio Conte during Spurs pre-season
1 week ago
Aiden McGeady could be Hibs bound as Lee Johnson drops transfer hint
1 week ago
Three Premier League clubs reportedly want to sign Nathan Collins
1 week ago
"Is Stephen Kenny telling him to do it?" - Liam Brady questions Ireland tactics and contract decision
Next Page