Callum Robinson performance shows Ireland what could have been

Robinson admitted earlier this week that he had yet to have the vaccine, despite twice having COVID

Callum Robinson appeared to mark his first goal of the night with a pointed celebration as Ireland faced Azerbaijan on Saturday.

The West Brom striker had generated plenty of headlines by telling reporters earlier in the week that he had chosen not to have a COVID vaccination - despite twice testing positive for the virus.

"I haven't been vaccinated, no. That's my choice at this moment in time," he said on Wednesday.

"It's obviously annoying that I've caught it twice but I haven't been vaccinated. Further down the line I could change my mind and want to do it."

END_OF_DOCUMENT_TOKEN_TO_BE_REPLACED

Robinson started for his county in Baku, opening the scoring in the seventh minute with a sweetly-struck left footed finish from the edge of the area.

The 26-year-old followed his strike by standing still and putting his fingers in his ears - the intended message clear. 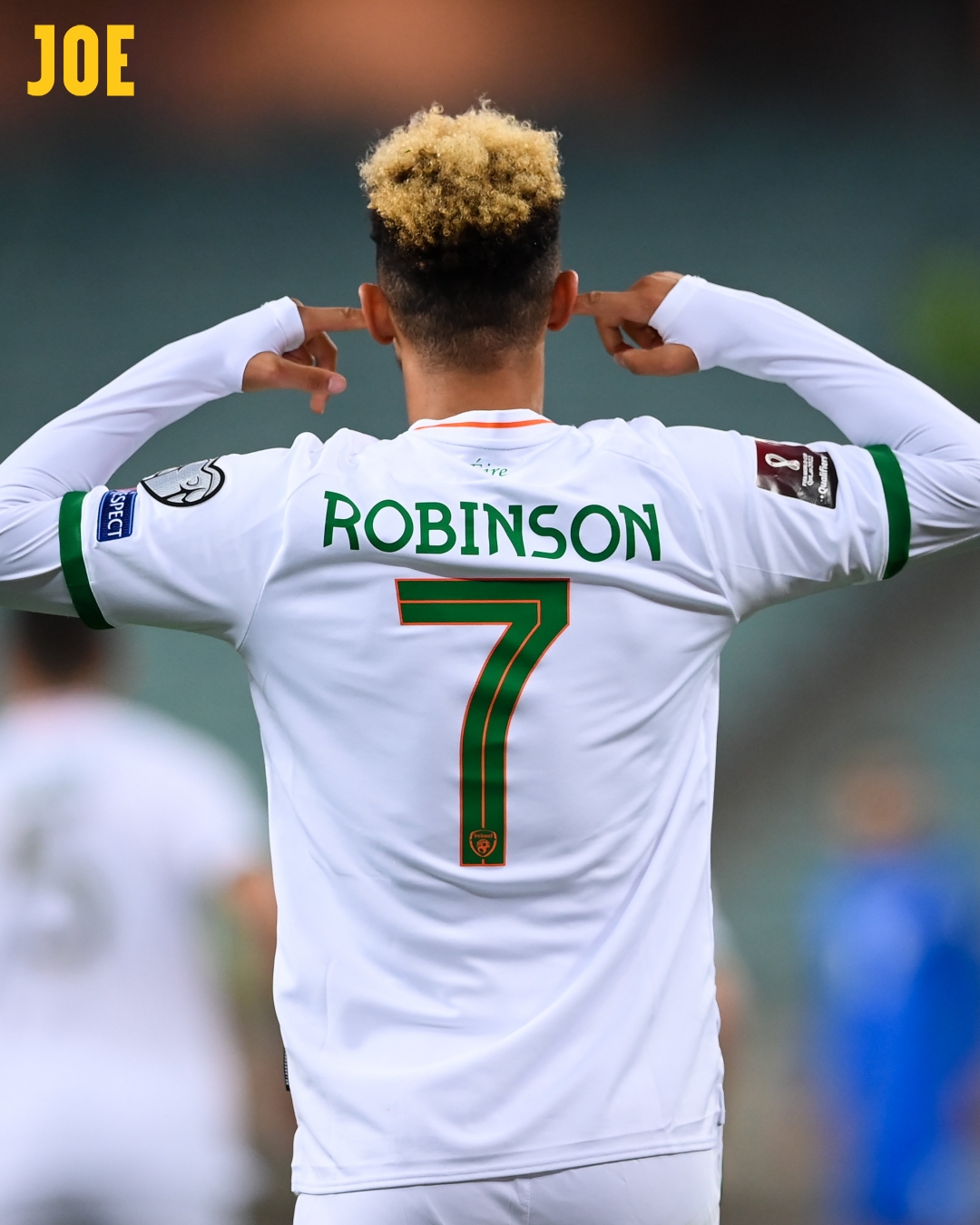 END_OF_DOCUMENT_TOKEN_TO_BE_REPLACED

Robinson added a second before half-time and Ireland sealed their first win of the qualifying campaign when Chiedozie Ogbene headed home, late in the second half.

Ireland are just a point off third place Luxembourg now and the return of a fit and fresh Robinson to the starting XI really made a difference. For many Irish supporters, they must have been asking what might have been. Robinson missed four Ireland games, over the past year, after testing positive for Covid.

Robinson was defended by teammate John Egan ahead of the game in Baku.

"I suppose first and foremost, Cal was asked a question, he gave an answer," Egan said. "He didn't come out and say he was against the vaccination or anything, so I was quite disappointed to see how many people jumped down his throat.

"Everybody can choose whether to get the vaccination or not, it's a personal choice. As a team-mate, as a friend, I back my team-mates, I back my friends.

"As far as that's concerned, Cal is a team-mate of mine, he's a friend of mine and hopefully now he can kick on with Ireland and do well."

Robinson's second strike was a deflected effort that evaded the Azerbaijani goalkeeper. He now has three international strikes to his name.


popular
It's often forgotten that Tommy Walsh began his career with the same stardom and promise as David Clifford
Paul Scholes calls a spade a spade after comeback win
Derry club win county final factfile games with extravagant set of jobs
Jordan Larmour primed for a season to remind everyone how good he is
Shane Walsh: 'That's not how I was coached to play football. No one was coached to play football that way'
Paul Scholes says Paul Pogba is a "daydreamer" and Fred and McTominay are "limited footballers"
Galway fans' frosty reception for Davy Fitz doesn't make any sense

You may also like
1 day ago
Simon Zebo returns as Ireland announce squad for November internationals
1 day ago
Jordan Larmour primed for a season to remind everyone how good he is
2 days ago
Seven exciting Ireland prospects pushing for November squad inclusion
2 days ago
"Where Johnny Sexton is so important to us now is being able to pass the baton"
2 days ago
"I'd love to finish on home soil but I can't see it. I won't be playing in the next Six Nations"
3 days ago
Ireland star Will Connors on his rude awakening playing GAA in KIldare
Next Page