A senior debut in goal for the former Shamrock Rovers goalkeeper.

Stephen Kenny has made three changes to his Ireland team to face Luxembourg, including starting Gavin Bazunu in goal.

Bazunu comes in for Mark Travers while Jason Knight is named in midfield and James Collins takes the place of the injured Aaron Connolly up front. 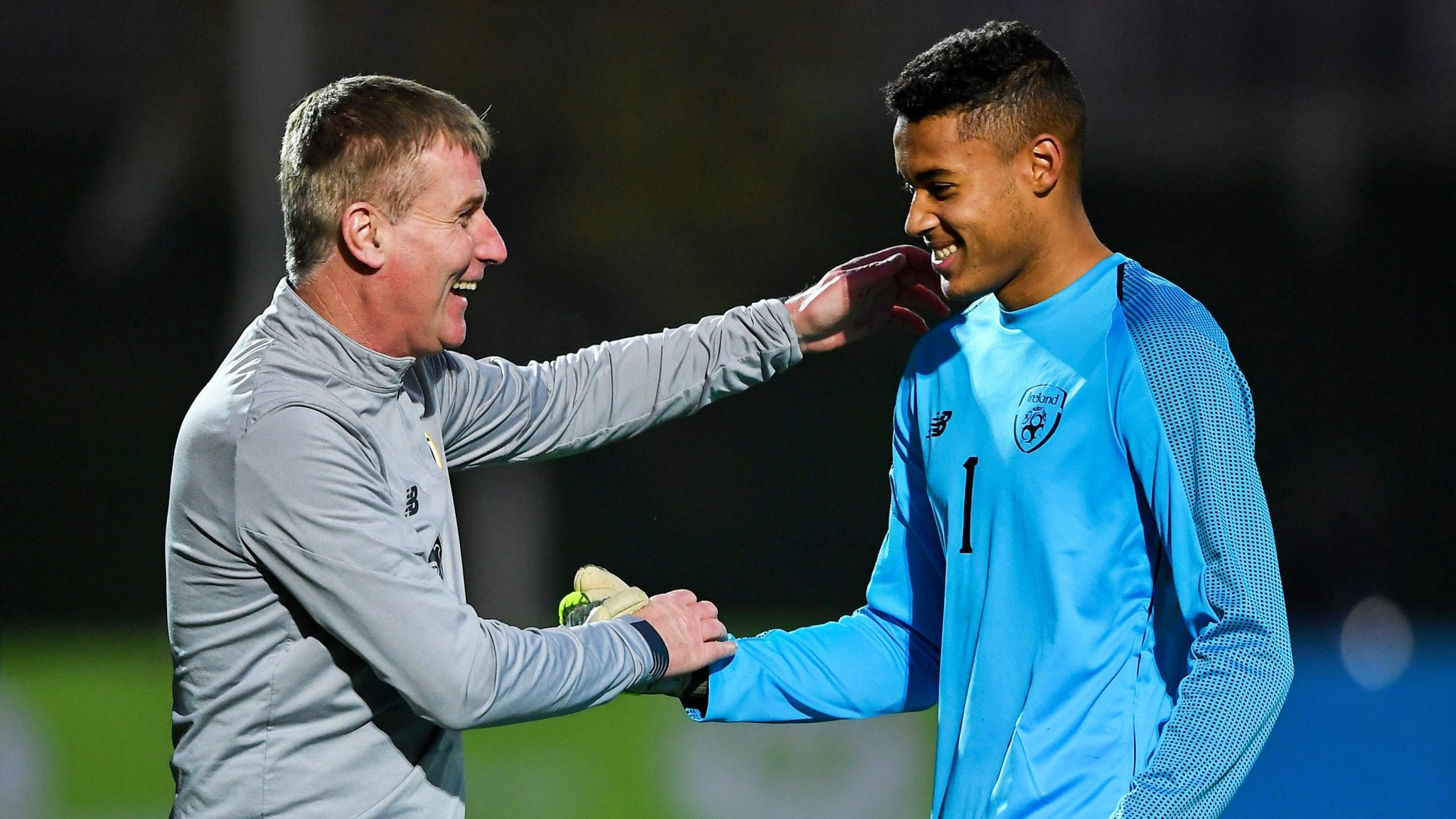 END_OF_DOCUMENT_TOKEN_TO_BE_REPLACED

Ireland looked good for long stretches in their opening game, against Serbia, on Wednesday but conceded three goals in 30 minutes to ultimately lose 3-2.

There was one change to the matchday squad, ahead of the game, when the injured Aaron Connolly was replaced by Tottenham's on-loan forward, Troy Parrott. Ahead of the match, Kenny spoke about much much higher the mood is in the camp without them being "decimated" by Covid cases or close contacts.

"This feels different, it feels like morale is really good. The players are very relaxed. We played well the other night and were disappointed to lose. We want to put in that level of performance [again] to get the win."

That means the likes of Shane Duffy, Troy Parrott, Jeff Hendrick, James McClean, Robbie Brady and Shane Long are all in reseve.

You may also like
3 days ago
"Some of the generals wanted me executed" - Irish rugby legend on flag caper that went wrong
3 days ago
"Johnno went, 'We’re not moving! You're trying to mess us about!'" - Ben Kay recalls red carpet controversy
5 days ago
Full Ireland player ratings as underdogs Spain put World Cup hopes in danger
1 week ago
Serbian media react to 'True Football Tragedy' and hail "amazing" Gavin Bazunu
1 week ago
"I was already taking my jersey off!" - Andrew Omobamidele's post-match interview was so pure
1 week ago
Gavin Bazunu, Andrew Omobamidele and a glimpse of better days ahead
Next Page