Six players that could lead the attack for Ireland.

The Republic of Ireland take on Belgium and Lithuania at the Aviva Stadium later this month, and Stephen Kenny has a few different forward options to pick for the game.

Adam Idah is injured, but Troy Parrott, Will Keane, and Michael Obafemi are currently amongst the goals. While Aaron Connolly is back on the pitch after joining Middlesbrough from Brighton on loan.

Callum Robinson, Ireland’s best player last year, is also an option for Kenny. Let's review the striking options available to Kenny. Ireland are likely to play in a 3-4-3 formation. 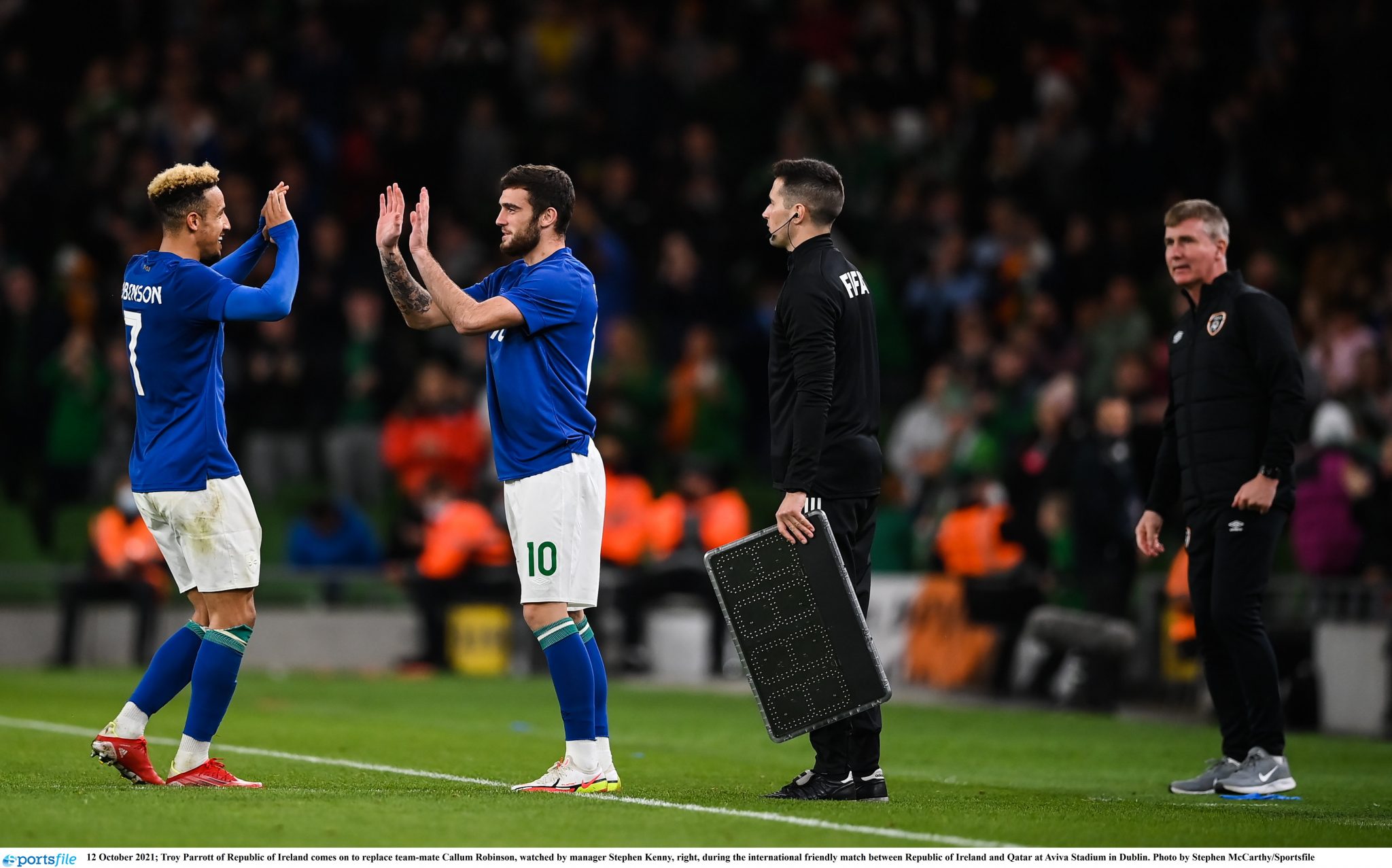 END_OF_DOCUMENT_TOKEN_TO_BE_REPLACED

The 27-year-old was in excellent form for the Boys in Green in 2021 as he scored four goals in his last six games for Kenny's side. The West Brom forward has also played out wide for Ireland.

Picking Robinson would be the safe option for Kenny as he was the top scorer for Ireland in 2021. He is not an out-and-out striker but Idah's injury could mean that the former Preston forward starts at centre-forward for Ireland. 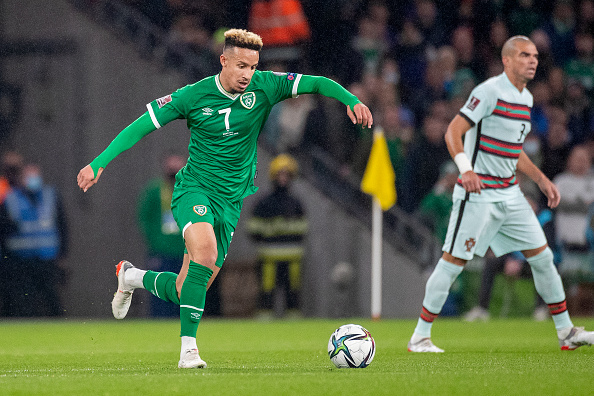 END_OF_DOCUMENT_TOKEN_TO_BE_REPLACED

The 29-year-old declared for Ireland in 2021 and made his debut against Portugal.

Keane comes into this international break in good form and could be set to win his second senior international cap due to his impressive club form.

END_OF_DOCUMENT_TOKEN_TO_BE_REPLACED

The Wigan forward has scored 17 goals this season. He plays as an attacking midfielder for the Latics but can also play striker.

With Keane enjoying the best goal-scoring run of his career so far, he may be an attractive option to lead the line for Kenny’s side. 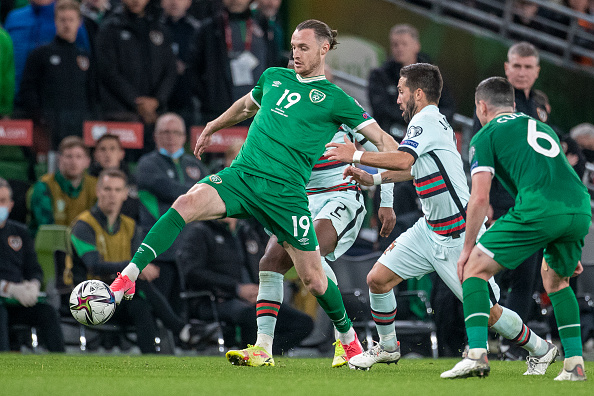 The 20-year-old has scored five goals in 31 appearances in League 1 this season.

In 2021 Parrott scored two goals for Ireland - both being against Andorra. The Spurs loanee plays on the right-wing for MK Dons and as a second striker for Ireland.

Following difficult loan spells at Millwall and Ipswich - Parrott is now finding his feet for the Dons as he scored a brace last Tuesday night.

The MK Dons forward will need to keep up his current goalscoring form at club level in order to lead the attack for Ireland in 2022. 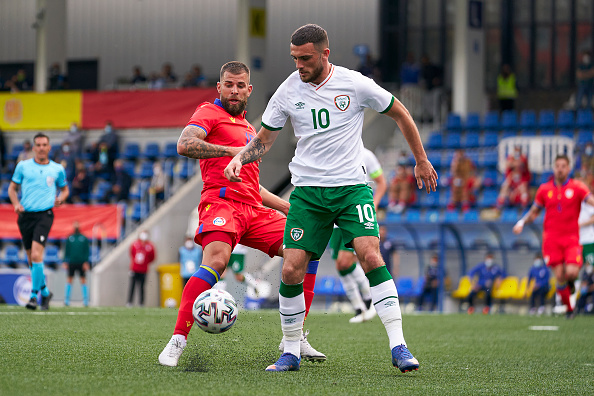 The 21-year-old hasn't played for Ireland since 2018 when he won his only cap against Denmark in a 0-0 draw.

The Swansea striker has scored five goals this season, and four of them have come since the beginning of February. He is in solid form leading up to the international break.

Kenny may look to Obafemi as an alternative option to lead his attack as Idah is out injured. The former Southampton forward is no stranger to playing the role of lone striker having played there all this season. 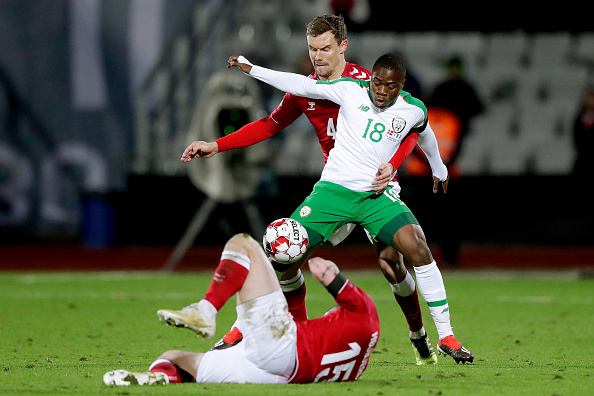 Connolly burst onto the scene with a brace for Brighton against Spurs in 2019 but has struggled to maintain his record in front of goal.

Since joining Middlesbrough on loan in January, the Galway native has scored just once in 10 games.

But he is at least getting more game time and can trouble oppositions defences with his pace.

Connolly, who has yet to score for Ireland in his eight caps, could be a better option off the bench, as Kenny’s current system appears to be a better fit for a target man. 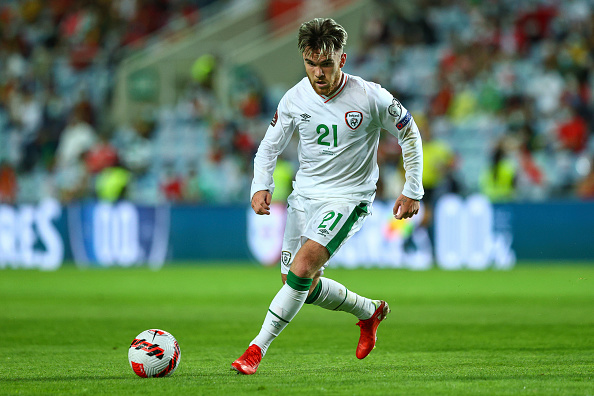 Long turned 35 in January and appears to be winding down his career at Southampton.

The Tipperary native is a valued member of Southampton’s squad but rarely features on the pitch for the Premier League side. He also hasn’t scored for Ireland since 2016.

Yet, could he be a wildcard option for Kenny?

Long, who has won 88 caps and has scored 17 times for the Boys in Green, is not one for the future, but he may still do a job in the short term.

As he showed in Southampton’s 2-0 win over Everton last month, when he came off the bench to score, Long hasn’t forgotten how to find the net. 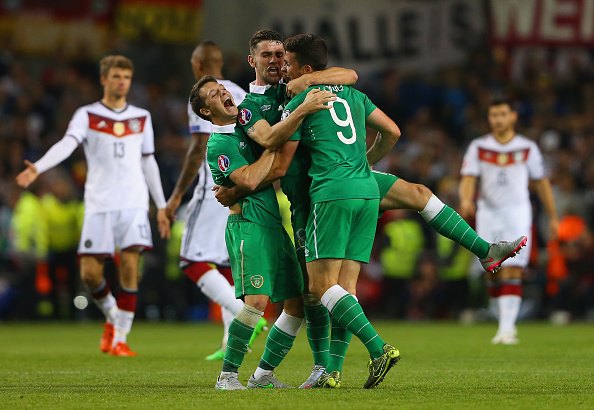 Callum Robinson should start up front for Ireland.

Yet, Robinson is the best option to lead the line for Ireland in the upcoming international friendlies. With Chiedozie Ogbene playing on the right-wing and Jamie McGrath on the left.

The West Brom attacker sparks the team into life when he receives the ball, with his intelligent movement, technique, and eye for goal causing issues for the opposition.

The 27-year-old is entering his playing prime, therefore, Kenny should build his attack around the West Brom man.

Robinson’s rich vein of form contributed to Ireland scoring 10 goals in the final few months of 2021. He has been Ireland’s most prolific goal scorer since Robbie Keane.

He is also entering his prime years as a forward, and his flair and technical ability put him a step ahead of Ireland’s less experienced, greener forwards.

Playing him anywhere other than at the forefront of our attacks is a waste considering he is currently the most clinical player available to Kenny. 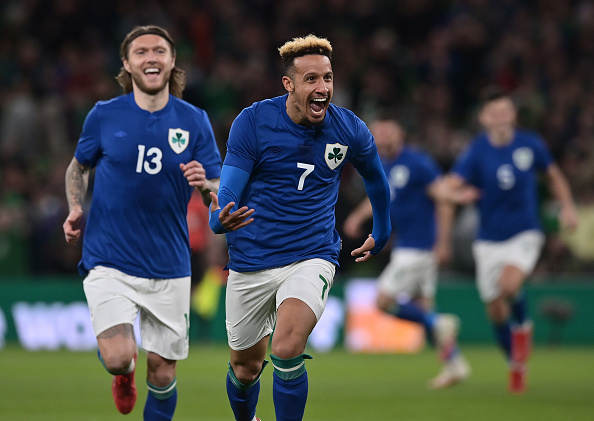 
popular
World Cup 2022 Day 18: All the major action and talking points
Gary Neville sticks up for Ronaldo as contextless pictures and videos taken as gospel
Brazil star responds after Roy Keane slates dancing celebrations
Cristiano Ronaldo's sister blasts Portugal boss' decision to start forward on the bench
Ballyhale's Colin Fennelly felt Ballygunner's victory speech was disrespectful
Eniola Aluko responds to criticism after on-air mistake on ITV
"There's no soccer, hurling, or rugby" - Kilcoo's secret to success
You may also like
4 weeks ago
"I race over to stop him from falling off his chair" - Delaney's shock when he heard O'Neill wanted Keane
4 weeks ago
"I was called ‘the Northerner'" - Martin O'Neill opens up on his time as Ireland manager
1 month ago
James McClean gets straight on to Graeme Souness after being told 'to get on with it'
1 month ago
Stephen Ireland explains why his Ireland career ended after only six caps
1 month ago
Stephen Kenny responds to Brian Kerr's criticism of his performance as Ireland manager
1 month ago
"Nobody could touch him that day" - When Roy Keane reigned in Spain
Next Page