'The goals will come with the quality he has.'

The Republic of Ireland striker netted his first league goals since September as the Dons went level on points with second-placed Wigan in League One. 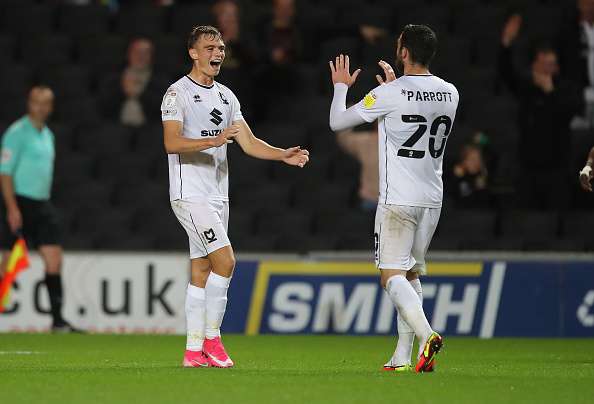 END_OF_DOCUMENT_TOKEN_TO_BE_REPLACED

Parrott headed home from a Matt Smith cross to open the scoring for the Dons in the 26th minute.

Kaine Kesler-Hayden's trickery opened up space for Smith to whip in a cross for Parrott. The 20-year-old guided his header into the top corner before the home support let out an echoing roar. The fans knew the significance of the goal as Parrott ended his goal-scoring drought.

MK Dons added a third goal in the 85th minute when Theo Corbeanu found Parrott in space. The Irish international hit the net with a tidy finish to secure the victory for the League One promotion chasers.

Watch the highlights from tonight's 3-1 victory over Cheltenham Town at @Stadium_MK 👇 pic.twitter.com/1bHKpVwvBx

END_OF_DOCUMENT_TOKEN_TO_BE_REPLACED

MK Dons boss Liam Manning was delighted to see the Dubliner score his first goals in five months and noted that the player had been working hard for the team despite his frustrations in front of the goal.

Manning highlighted consistency as being key to Parrott's performances and said that 'the goals will come' if the Irish striker continues to work hard.

“It was thoroughly deserved. He has worked so hard for the team recently. It's great to see him get the goals tonight," Manning said after full time. 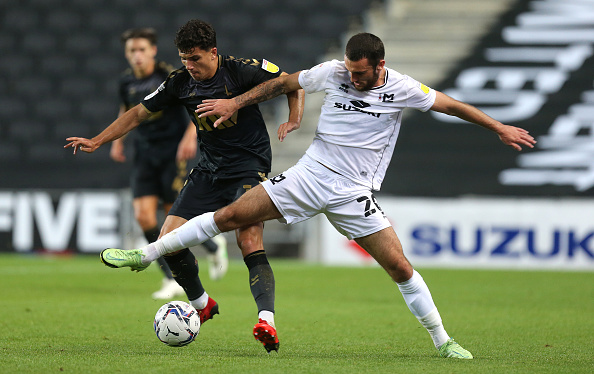 “We've been consistent with him, telling him to keep doing what he's doing. He wants to contribute and score goals, but it's so much more than that.

"The front players set the tone defensively for us, and the quality he has and the way he works, the goals will come.”

The Tottenham Hotspur loanee has scored five goals in 31 appearances this season.


popular
Gary Neville sticks up for Ronaldo as contextless pictures and videos taken as gospel
World Cup 2022 Day 18: All the major action and talking points
Rory McIlroy explains 'falling out' with Shane Lowry that lasted a few years
Brazil star responds after Roy Keane slates dancing celebrations
Ballyhale's Colin Fennelly felt Ballygunner's victory speech was disrespectful
Cristiano Ronaldo's sister blasts Portugal boss' decision to start forward on the bench
"There's no soccer, hurling, or rugby" - Kilcoo's secret to success
You may also like
4 weeks ago
"I race over to stop him from falling off his chair" - Delaney's shock when he heard O'Neill wanted Keane
4 weeks ago
"I was called ‘the Northerner'" - Martin O'Neill opens up on his time as Ireland manager
1 month ago
James McClean gets straight on to Graeme Souness after being told 'to get on with it'
1 month ago
Stephen Ireland explains why his Ireland career ended after only six caps
1 month ago
Stephen Kenny responds to Brian Kerr's criticism of his performance as Ireland manager
1 month ago
"Nobody could touch him that day" - When Roy Keane reigned in Spain
Next Page